Why Ramadan is Special: Characteristics and Features - II 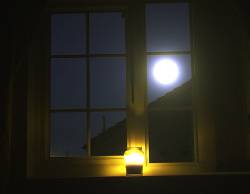 It is the month of Thikr (remembrance of Allah) and supplication. Allah The Almighty Says (what means):

•   {and the men who remember Allah often and the women who do so - for them Allah has prepared forgiveness and a great reward.} [Quran 33:35]

•   {And when My servants ask you, [O Muhammad], concerning Me - indeed I am near. I respond to the invocation of the supplicant when he calls upon Me. So let them respond to Me [by obedience] and believe in Me that they may be [rightly] guided.} [Quran 2:186]

This last noble verse in particular highlights the intimate relation between fasting and supplication.

In Ramadan, there is Laylatu Al-Qadr (the Night of Decree), in connection with which Allah The Almighty Says (what means): {The Night of Qadr (Decree) is better than a thousand months.} [Quran 97:3] According to the scholars, any righteous deed performed therein is better than the actions of one thousand months, i.e. almost 83 years. This is sufficient commendation of its superiority and honor, and the magnificence of the deed done on it for the one whom Allah guides to stay up in worship on that night– we ask Allah The Almighty to guide us to that always, by His bounty and generosity. It is narrated in an authentic Hadeeth that the Messenger of Allah

said: "He who stands (in prayer) on the Night of Al-Qadr, out of sincere faith, and expecting the reward with Allah, his previous sins would be forgiven for him." That is among the merits of standing (in prayer) on it; and sufficient it is for a prize and profit.

Among the characteristics of Ramadan is the superiority of charity in it, compared to any other time. It is narrated that the Messenger of Allah

was asked, "Which object of charity is the best?" He said: "An object of charity to be given in Ramadan." [At-Tirmithi] It is narrated on the authority of Ibn ‘Abbaas, may Allah be pleased with them, that he said, "The Messenger of Allah

was the most generous of all the people, and he used to reach the peak in generosity in the month of Ramadan when Jibreel (Gabriel, may Allah exalt his mention) met him. Jibreel used to meet him every night of Ramadan to teach him the Quran. The Messenger of Allah

was the most generous person, even more generous and faster in spending charity than the blowing wind." [Al-Bukhari and Muslim] According to the narration of Ahmad, "He was never asked [for] anything but he gave it." Generosity is to give liberally and openhandedly in charity or anything else.

in Ramadan was a means to avail himself of this blessed time and of the multiplication of deeds and their rewards in it. It is narrated on the authority of Salmaan, may Allah be pleased with him, in a Marfoo’ Hadeeth, that he

said: "Safeguard yourselves from Hellfire even with half a date (to be given in charity)."

A further characteristic of Ramadan is that the ‘Umrah (minor pilgrimage) performed in it is equal to Hajj (major pilgrimage) in reward. It is proven in the books of Al-Bukhari and Muslim that the Messenger of Allah

Another characteristic lies in the fact that it is the month of the Quran, as Allah The Almighty Says (what means): {The month of Ramadan [is that] in which was revealed the Quran, guidance for the people and clear proofs of guidance and criterion.} [Quran 2:185] The Quran recited in it mends the hearts and provides guidance for the one who recites it, reflects upon its meanings, and supplicates Allah The Almighty with it. In connection with the superiority of recitation of the Quran, the Messenger of Allah

• "The skillful reciter of the Quran will be with the noble and dutiful messenger-angels, and the one who recites it with difficulty will be granted a double reward."

• "Recite the Quran, because it will come as an intercessor for its reciters on the Day of Judgment."

• "The best one among you is he who learns and then teaches the Quran."

All those Hadeeths are authentic, and include the greatest glad tidings to the person who recites the Quran with reflection and meditation. Then, how much greater would be the reward and benefit if it was recited in Ramadan?

Why Ramadan is Special: Characteristics and Features - I