Humility – A Quality of the Ideal 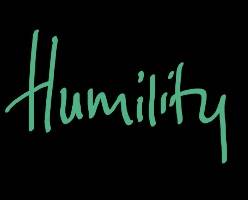 And yet, our amazement would increase when we consider the similar response of Prophets, may Allah exalt their mention, when their intercession will be sought. The Prophet

and [I] will be permitted [to intercede].” [Al-Bukhari and Muslim]

This honorable response of the Prophets, may Allah exalt their mention, during those momentous circumstances, indicates their continuous longing to increase in acts of worship and their tireless efforts to quit minor sins. This stance of theirs marks their keenness to perfect their servitude to Allah The Almighty. What a sublime characteristic for a soul to always long for the loftiest of ranks! Such souls would never be satisfied with attaining a status lower than their abilities; that is why Abu Bakr, may Allah be pleased with him, for instance, aimed to enter Paradise from all its gates.

Being humble is to be aware of one’s sins and feel regret for one’s shortcomings, as Allah The Almighty Says (what means): {Lest a soul should say, "Oh [how great is] my regret over what I neglected in regard to Allah}. [Quran 39: 56] And this characteristic of humility, increases with knowledge, as Allah The Almighty Says (what means): {Only those fear Allah, from among His servants, who have knowledge} [Quran 35:28].

To attain humility, one must reproach and endeavor to improve him/herself; indeed, Allah The Almighty Says (what means): {He has succeeded who purifies it [soul]} [Quran 91:9] It is such piety and sincerity that acceptance of good deeds is contingent on, as Allah The Almighty Says (what means): {Surely Allah [graciously] accepts only of the pious.} [Quran 5:28] Also, the Prophet

said, “The [acceptance of] deeds [is] dependent on the intentions, and a person will bear the consequences of what he [or she] intends…” Without piety and sincerity, the charity of the charitable, the knowledge of the reciters of the Quran and the martyrdom of the martyrs would be fruitless; moreover, those whose deeds lack devotion, will be the first to enter Hell.

used to humbly say, “By Allah, I cannot allege that I have a deed that I am certain that I have done sincerely”; Ath-Thahabi, another pious man, would concur. Similarly, Sulaymaan ibn Mahraan Al-’A‘mash

said, “By Allah, I believe that I have become bleary eyed, because the devil urinates in my ears frequently.” This refers to the saying of the Prophet

who remarked that a man who sleeps all night long is one in whose ears Satan has urinated. What is amazing is that Sulaymaan

made that comment, even though he was keen on praying at night.

Being humble is to remember the Hereafter often, dislike worldly pleasures and be keen on attaining salvation. ‘Umar, may Allah be pleased with him, used to say, “How could you forget the Quranic verse in which Allah The Almighty [tells us what will be said to those entering Hell] (that means): {You exhausted your pleasures during your worldly life and enjoyed them} [Quran 46:20]?” He understood this also from the Prophet

who once asked him, “Are you not pleased with this division that they [i.e., the disbelievers] enjoy the luxuries of this life, and we reap the fruits of the Hereafter?”

And, it is of humbleness, to be fearful of, more than being hopeful about, that Day, and be certain of what will happen when {He may question the truthful about their truth} [Qur’an 33:8], {secrets will be put on trial} [Qur’an 86:9], and when every treacherous person would be known by a sign. On that Day, {their excuse will not benefit the wrongdoers and they will have the curse and the worst home} [Qur’an 40:52], and, {there will appear to them from Allah The Exalted what they had not taken into account.} [Qur’an 39:47]. And, Allah The Almighty will say to the wrongdoers (what means), {Remain despised therein [Hell] and do not speak to Me.} [Quran 23:108]

This is the true understanding of religion, because {no one feels secure from the plan of Allah except the people of loss.} [Quran 7:99] Thus, Imaam Al-Bukhari entitled a chapter of his book, Saheeh Al-Bukhari, “The believer’s fear of having his deeds annulled, while being unaware”.

said, “I never compared my deeds to my words without fearing that I was a liar.” This was in the spirit of the Companions, may Allah be pleased with him, as Ibn Abi Mulaykah

Indeed, that was characteristic of believers, as Al-Hasan

said, that the hypocrites, on the other hand, felt safe from this worry. A Muslim must guard against insistence on hypocrisy and disobedience without repentance; Allah The Almighty admires those, Saying (what means): {[who] do not persist in what they have done while they know.} [Quran 3:135]
Humility also requires of us to ally ourselves with the believers and be dutiful to them. Allah The Almighty Says (what means):

• {And lower your wing to those who follow you of the believers.} [Quran 26:215]
• {And keep yourself patient [by being] with those who call upon their Lord in the morning and the evening, seeking His countenance. And let not your eyes pass beyond them, desiring adornments of the worldly life.} [Quran 18:28]

The people of Nooh (Noah), may Allah exalt his mention, foolishly said to him: {We do not see you but as a man like ourselves, and we do not see you followed except by those who are the lowest of us [and] at first suggestion.} [Quran 11:27] But, he refuted their allegation, saying: {And I am not one to drive away those who have believed. Indeed, they will meet their Lord, but I see that you are a people behaving ignorantly. * And O my people, who would protect me from Allah if I drove them away? Then will you not be reminded? [..] Nor do I say of those upon whom your eyes look down that Allah will never grant them any good. Allah is most knowing of what is within their souls. Indeed, I would then be among the wrongdoers.} [Quran 11:29-31]

Further, humility necessitates good manners on the believer’s part, which manifests in his or her overall conduct. The Prophet

said, “Arrogance is denying the truth and the rights of others” ; he

also cautioned, “It is enough sin for a person to despise his Muslim brother.”

Hence, it is a religious obligation upon Muslims to act cordially with their fellow brothers and sisters in faith, such as by returning their greetings, assisting them in mounting their ride and meeting them with a cheerful countenance.

And, because they observed these etiquettes perfectly, the righteous predecessors were described by Allah The Almighty as being “humble toward the believers” [Qur’an 5:54], and “merciful among themselves” [Qur’an 48:39]

Humility is also manifest in knowing one’s real worth among scholars and his or her value, in comparison to them. Shaykh Ali Al-Qaari said, “These days, [those who know little, but are respected as] scholars are many, because true knowledge has declined.”

Consider that the first ever to embrace Islam, Abu Bakr, may Allah be pleased with him, humbly refused to lead the people in prayer, saying, “I could not lead the Prophet

.” Also, the son-in-law of the Prophet

‘Ali ibn Abi Taalib, may Allah be pleased with him, would say to his son Muhammad ibn Al-Hanafiyyah, “Your father is just one of the Muslims.”

Similarly, Al-Haafith Abu Al-Hajjaaj Al-Muzzi professed to ibn Al-Haadi, when the latter tested his retention of Hadeeth by jumbling their chains of narrators, “I am not qualified for such a test; Al-Bukhari is.” Ibn Katheer remarked: “This answer was dearer to us than matching each Hadeeth to its chain of narrators.”

Also, when a man asked Al-Khateeb Al-Baghdaadi, “Are you Al-Haafith (a senior scholar of Hadeeth) and Al-Khateeb (the orator)?” He

answered, “I am only Ahmad ibn ‘Ali ibn Thaabit; the last senior scholar of Hadeeth was Ad-Daaraqutni.”

who was then the scholar of Daar Al-Ashrafiyyah, used to perform the night prayers where Imaam An-Nawawi

used to hold his classes. He would humbly wipe his face in the place where An-Nawawi

had stood, as an acknowledgement of the latter’s great role as a scholar.

Furthermore, humility is to show due respect towards Allah The Almighty and thank Him for all that He has granted us. Allah The Almighty praised His Prophet Ibraaheem, may Allah exalt his mention, as he used to feel remorse for his sins and acts of disobedience.

A believing man is sharp and wise; he recognizes that he is but a servant of Allah The Almighty; his deeds are created by Him, his success contingent on His decree and his progress is thanks to His guidance.
Thus, the slogan of the Companions, may Allah be pleased with them, would be: “By Allah, without Allah we would have received no guidance, nor given in charity, nor prayed.” They learned this spirit from the Prophet

who said to ‘Aa’ishah, may Allah be pleased with her, when she inquired why he stood in prayer for so long that his feet would swell: “Should I not be a grateful slave of Allah?”

May Allah have mercy upon Al-Junayd, who succinctly said, “True gratitude is to avoid using the blessings of Allah The Almighty to disobey Him.”