White Lies: Are They Permissible? 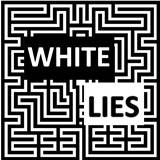 Many take the permission of the Prophet

to lie in three exceptional cases in the wrong way as a justification for white lies. The Prophet

said: "A liar is not one who tries to bring reconciliation amongst people and speaks good (in order to avert dispute), or he conveys good." [Muslim]

Commenting on this Hadeeth, Ibn Shihab, one of the transmitters, said that he has not heard that the exemption was granted with regard to the typical lies that people tell but in three cases: In war in order to cause reconciliation among people and in the narration of the words of the husband to his wife, and the narration of the words of a wife to her husband (in a euphemistic way in order to cause reconciliation between them).

Some may take this as a license to take truthfulness lightly and tell what they think to be white, harmless lies. The case is the opposite. What people misunderstand is the Arabic usage of the word `kadhib.' In particular in the Prophet's usage of it

`kadhib' means anything less than the complete truth, even if it is not a lie in our ordinary usage of the term. This becomes clear in the following Hadeeth narrated by Muslim:

never `lied' except in three cases, two for Allah, when he said [as an excuse when asked by his people to join them in celebration of their idols] `I am sick'; and [when they came back and asked who broke their idols, he said] `Rather, it was the biggest among them who did that.' And the third was about Sarah, and that was his saying: `When he asks you, say you are my sister, because you are my sister in Islam.' [Muslim]

Imam an-Nawawi explains that these lies were "lies only with regard to the understanding of their immediate audience, but not in and of themselves." Ibraheem

indeed was "sick" of their idol-worship, and his response that it was the biggest idol who broke the rest was simply a rhetorical ploy, which is not ordinarily considered a lie in our speech. For instance, when a friend sees you sipping on a cup of tea and asks, "What are you doing?" and you say: "What do you think? I am flying in the air"—that is not a lie, but a rhetorical expression to convey your annoyance. The Prophet Ibraaheem

made this clear in the third example by adding that Sarah was his sister "in Islam," for she, indeed, was. But the Prophet

still called it a lie because it was less than the whole truth.

The scholars of Islam agree, reports Imam an-Nawawi, that a Muslim is permitted, indeed, required, to hide an innocent or wrongly persecuted person from oppressors, and if he must lie in this pursuit, he can. But even in such cases, lying should be avoided if possible. Abu Bakr al-Siddeeq the most truthful man of the ‘Ummah who accompanied the Prophet

on his flight to Madeenah, was accosted by an acquaintance of his who did not know the Prophet

by face but had probably heard of the Makkan search for him. He asked Abu Bakr

about his companion, to which Abu Bakr

said: "He is my guide. He shows me the way." Abu Bakr did not lie even in such dire circumstances, but simply equivocated.

The case of "lying" allowed for a husband speaking to his wife (or vice versa) is similar. When a wife asks her husband if he loves her or thinks she looks beautiful, the answer is not always clear even to the husband. Depending on his state of mind and their relationship, the woman who looks perfectly beautiful and loveable to him most of the time might look not so at the moment. Especially, when influenced by Satan's whispers, one's wife often looks less attractive than other women, even if the opposite is true.

Since the usual standard of truthfulness in Islam is so meticulous and high, the husband is allowed to say what pleases her or helps reconcile her heart, even if at that moment he does not feel exactly that way.

Saying that he loves his wife is likely in fact to recall in his mind what he loves about her and bring happiness and incite more love in her heart. Thus, the statements made to please one's spouse are not, strictly speaking, "lying" in our ordinary usage.

With this exception, lying to one's spouse in any other situation or any other way is as prohibited and despised as in any other. A relationship built on lies cannot last for very long, let alone be blessed with "mercy" and "love" that Allah promises to place between spouses [Quran 30:21].

Finally, take the case of war. War is fought to overcome and often destroy the other side. But even in this situation, the rule in the Quran is to never deceive in principle. People often misunderstand what the Prophet

famously said, namely, that "War is khud'ah (stratagem)." Khud'ah is stratagem, a tactical maneuver to mislead the enemy. It is not treachery, deception, or breach of agreement, which would be khiyaanah, and Allah emphatically prohibits that.

Allah Almighty Says (what means): {If you fear treachery (khiyana) from any group, openly throw back (their covenant) to them, (so as to be) on equal terms: for Allah loves not the treacherous.} [Quran 8:58]

What the Quran and Hadeeth teach us is that the requirement in Islam of truthfulness and integrity is so high and the agreement between our outsides and insides must be so meticulous that even equivocation, telling half the truth, and evading the straightforward fact is termed as kadhib, a lie. Under normal circumstances, such differences between one's words and true feelings would be considered lying, but they are allowed in uniquely exceptional circumstances.