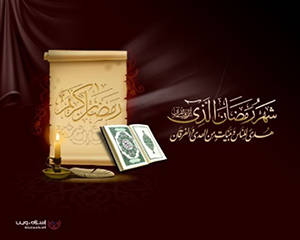 Allah, the Exalted Says (what means): {It was the month of Ramadan in which the Quran was [first] sent down as guidance for all people, having [in it] clear proofs of [Divine] guidance and the criterion} [Quran 2:185]

Since that first Ramadan revelation, believers the world over and across history have drawn nearer to Allah Almighty, rejuvenated their faith, found their purpose in life, saved their souls from hellfire, and found the key to eternal happiness in Paradise with their Beloved Lord through the Quran.

Almost exactly 1,400 years ago, the beloved Messenger of Allah

and brotherhood and sacrifice for each other. These virtues were implanted in their souls by the Prophet

Allah's speeches, delivered and explained to them by His impeccable Messenger

had created and nurtured that community in Makkah for the previous 13 years. In the second year of Hijrah or shortly afterward, the verses about fasting were revealed that eventually made the fasting of the month of Ramadan an obligation. Just like all other foundational markers and rituals of that blessed Community, the month of fasting was connected to the Quran.

The pillar of Islam prior to fasting, that of Prayer, was also built around the Quran. The Prophet

and his followers prayed from the very beginning of his blessed call, and read Quran in it. The five regular prayers had been revealed toward the end of Makkan life (in the year 10 or 12 of prophethood) at the occasion of the Prophet's Ascension (Mi‘araj) to Heaven. The Quran had already alluded to the number of obligatory prayers, their times, and content, and the Prophet

had given them their final form by way of instruction from the Archangel Jibreel [Gabriel].

The month of fasting was designed, in the wisdom of Allah, to celebrate the Quran in a different way, but one which complemented the prayer. While the regular prayers set the tone and the rhythm of the daily life of the believers, Ramadan would challenge them and all their spiritual descendants to soar even higher in their worship and remembrance of their Creator, and specifically to rejuvenate that daily routine of prayer.

Allah, the Most High is, of course, all aware of His servants, whose habitual practices inevitably become monotonous. Thus the heart rusts. Feelings mellow. Intellectual acuity in the form of spiritual understanding clouds over. Hence, perspectives blur. The journey of faith begins to seem long and uneventful from day to day. Impulsive and short-sighted—"Man has been created from haste" [Quran 21:37]—the human being is nonetheless capable of rising to great heights, provided he is prompted with proper reminders that hold his attention to his task and path. For no matter how great the reward, how high the stakes, when the human heart loses sight of its purpose and road, it gives up the struggle. It needs peaks from where to see the end clearly, oases wherefrom to fill up on hope in order to gain the stamina required to cross the many difficult vales along the way.

The Month of Ramadan provides that climax, that summit, that viewpoint. It comes with intense physical training. But its soul is the Quran. It is only as good as the closeness to the Quran—both spiritual and intellectual—that one attains in it.

Without exemplifying the meanings of the Quran, without pondering its signs, and rethinking the whole life in a coherent way through it, Ramadan becomes empty. That is why the Prophet

has tied fasting and the Quran together as the two intercessors on the Day of Judgment: The Prophet

said: "Fasting and the Quran will intercede on behalf of the servant on the Day of Resurrection. Fasting will say: `O Lord! I prevented him from food and satisfying his desires during the day. Therefore, do Thou make mean intercessor for him.' The Quran will say: `I prohibited him from sleeping at night, therefore, do Thou make me an intercessor for him.' Thus shall they intercede'” [Imam Ahmad]

An intervening plea, then: Let us both strive, then, you and I, to make this Ramadan truly the month of the Quran, a month in which we transcend the monotony of life and reach a new level of faith and bliss. For we know not how many Ramadan peaks we have left before our way ends.