Defects to Be Avoided in Sacrificial Animals 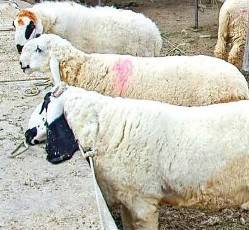 forbade offering an animal that is missing a horn or an ear as a sacrificial animal. [Abu Daawood, At-Tirmithi, An-Nasaa’i and Ibn Maajah]

It follows that as a one-eyed animal is not a valid sacrificial animal, the blind animal is also not valid for sacrifice.

Among the defects that invalidate the sacrifice is that the fat tail fat has been cut off or the udder is defective (small and dry due to old age).

There are defects that do not affect the animal’s validity for sacrifice but it is better to avoid them, such as:

-      Slight lameness where the animal cannot catch up with the herd.

-      An internal disease that does not affect the amount of meat or render it bad.

-      Missing less than half of the horn or ear, or a punctured or slit ear.