Performing Sa’y on the Roof of the Mas‘a 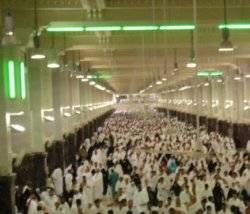 The Council of Senior Scholars in Saudi Arabia hold performing Sa’y on the roof of the Mas‘a (i.e., the original place of Sa’y between the two Mounts of As-Safa and Al-Marwah) as permissible in cases of need, according to the majority opinion of the Council. The text of the decision is as follows:

After deliberation and discussion, the Council has decided by the majority opinion to issue the Fatwa which states that it is permissible to perform Sa’y on the roof of the Mas‘a in cases of need on the condition that the space between Mounts As-Safa and Al-Marwah is full and it should not violate the definition of the Mas‘a for the following reasons:

Scholars mentioned that it is permissible for the person performing Hajj or ‘Umrah to perform Tawaaf and Sa’y between As-Safa and Al-Marwah while sitting (on a wheelchair or a riding animal) if there is a lawful excuse by consensus and without an excuse with difference in opinion. A person who performs Sa’y on the roof of the Mas‘a resembles the one who is riding a camel or something else, for both are not touching the ground during their Sa’y. If we consider the opinion of those who do not agree to the permissibility of performing Sa’y while sitting without an excuse, the crowd of those performing Sa’y during the time of Hajj is held as an excuse that justifies permissibility.

Scholars agreed that it is permissible to throw pebbles whether riding or walking and differed about which is better. If throwing pebbles while riding is permissible, then performing Sa’y on the roof of the Mas‘a is also permissible. Both of them are rituals performed without directly touching the ground upon which they are performed. Rather, Sa’y above the ground is nearer than performing any ritual of Hajj or ‘Umrah above a camel or the like, because the building is firmer and more steadfast than riding animals or vehicles.

Performing Sa’y on the roof of the Mas‘a is no different from the Sa’y between As-Safa and Al-Marwah. Furthermore, this facilitates matters for Muslims and alleviates the crowding. Allah The Almighty Says (what means):

Moreover, this does not contradict any text in the Noble Quran or the Sunnah (Prophetic tradition). Rather, the above justifications support permissibility in cases of need.

stated his opinion about this matter; he said in his marginal note on Al-Eedhaah by Muhyid-Deen An-Nawawi 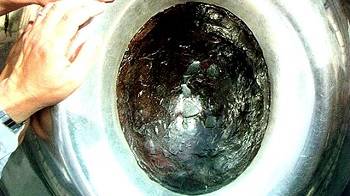