Our Children and the Battle of the Supermarket - II 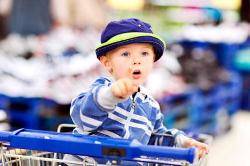 In the previous article, what did the child teach his mother?

The mother learnt from her child that the means to have peace and quiet, and not to get involved in embarrassing situations is to execute the child's orders: i.e. to buy the box of candy.

This is the way many fathers behave when they face the anger of their children with submission, compliance and, subsequently, reward (the candy). This is because this way teaches the child to increase his display of anger in order to receive the reward.

Additionally, anger is among the blameworthy attributes a man can have. When many sociologists and educationalists regard anger among the despicable vices and blameworthy habits, they mean the blameworthy anger which produces the most negative effects and leads to the most critical consequences -- particularly at the time of excitement and anger for personal interests and selfish motives. It is known that this anger disbands unity, breaks up the group, and exterminates the meanings of brotherhood, love, and purity in the community.

Another fatal error is made by fathers when they respond to the child's anger. It is called pampering, which is to be lax in dealing with the child in such a way as to satisfy the child's needs in the very time and manner he likes, and hasten to do all that he demands, no matter how unacceptable it might be. In other words, everyone around him does their best to obey him and be at his disposal, and never refuse any of his demands whatever they may be.

On the other hand, pampering makes the child unable to bear the responsibilities or burdens that are appropriate to his stage of life. This results in the child's slow emotional and social maturity. Such a child cannot easily undertake any matter, nor have the feeling of responsibility, nor appreciate it, nor resist the problems of life, nor confront the states of frustration. He is always vulnerable to psychological disorders when there is an obstacle or a problem standing in his way. More often, he inclines to be dependent on others rather than self-reliant. He also resorts to the method of avoiding, deferring or neglecting risks and problems.

A successful plan to tackle the supermarket battle:

To put an end to the supermarket battle with your child, and eradicate the roots of this problem peacefully, parents should do the following:

• Sit with the child before going to the supermarket.
• Clarify where you would go with him and what you would buy.
• Brief him on the shopping list.
• Ask him about what he would like to buy before going to the supermarket.
• Ask him to include what he would like to buy in the shopping list.
• Ask him to do something helpful and take charge of the shopping list. For example, he may be asked to hold it while shopping and tick the items that have been purchased to take it out of the list.
• Promise the child that if he does his part well, you will buy him the candy he likes, and if he falls short in his task, he will not have any candy.
• Parents should encourage the child by saying to him, "You are doing a good job following the list. Thank you and we appreciate your help. You are a co-operative child.”
• The mother rewards the child for his good behavior with candy.
At this very moment, the child learns three rules:

The first rule: Anger brings about nothing but loss:

That is because if he grows angry or raises his voice, he will get nothing: on the contrary, he will lose the candy because the mother will not surrender to his anger.

When the child plays his role successfully and keeps quiet, he will have the candy he wanted.

The third rule: His parents mean what they say:

For example, if the mother threatens to deprive him of candy if he gets angry, the child will find that she is steadfast in implementing her decision.

At that very moment too, the mother will learn the following:

That the optimum means to have peace and quiet, and not to get involved in embarrassing situations is not to execute Khaalid's orders by buying the box of candy, but it is to teach Khaalid how to change his behavior; that punishment is the inevitable outcome of bad behavior, whereas reward is the pleasant outcome of good behavior.

In this way, the mother learns that to hush her child's cries, the solution is neither to surrender to him nor to beat him, in so much as to co-operate with the child to change his behavior.