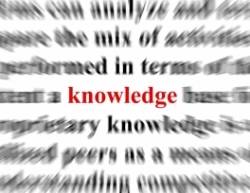 It is necessary to reform methods of thinking and build a genuine clear vision of its different stages. There is no field of science that cannot be regulated by the comprehensive Quranic perspective, which extends over all its core issues: goals, methods, facts and application.

With knowledge being directed towards the consolidation of power, hegemony,, egoism and transforming scientific accomplishments into weapons against mankind, rather than in his favor, giving an Islamic character to knowledge becomes even more important. It abides by the Quranic vision of the universe, life and the adoption of the framework set by Islam to regulate the scientific movement.

The focal points of the Islamization of knowledge

The Islamization of knowledge is based on the following focal points:

1- To practice knowledge-based activity (discovery, collection, composition and publication) from an Islamic point of view.
2- To contain all various theoretical and applied human activities and sciences so as to be formed within an Islamic framework.
3- To assure that the capability of the Islamic mind, thought and method keeps up with the needs and challenges of the Ummah (Muslim nation).

The necessities for the Islamization of knowledge

The need for knowledge to have an Islamic identity emanates from several necessities:

First: The necessity of creed

It is to surrender to Allah, the Lord of all that exists, submitting to His Will, Commands and Prohibitions in all affairs of life. To give an Islamic identity to knowledge in the creed requires:

1- To aid the Muslims all over the world to have a better and more correct understanding of Islam. Thus, being more convinced concerning the right of this religion to lead mankind.

2- To enable the Muslims to acquire the necessary material power to develop their civil life so that they may achieve a suitable position in this world. As a result, they will be capable of encountering the challenges imposed upon them by their enemies who desire that they remain underdeveloped and in poverty.

Second: The necessity of humanity

It is the endeavor to make the conscious believing person, who is able to resist all forms of rogue (and misleading) knowledge.

To protect present and future Muslims from getting dissolved in civilizations other than their own. The aim of giving an Islamic character to civilization is to restore the role of this Ummah in rebuilding the world through knowledge based on the guidance of Allah The Almighty.

It is true that scientific activity, in its material aspect, has been established upon personal gains, ambitions, discovery and the pursuit of being distinguished. However, giving an Islamic character to it encourages scientific activity to flourish in discovering facts and established norms of the universe. Thus, the sources of power and energy that the Book of Allah The Almighty Referred to will be made evident. He The Almighty called upon the Muslims to extract them to provide mankind with good in abundance.

The role of the Muslim in utilizing the Islamic method for scientific means becomes more important in the age of mass communication, space exploration and computer science. Therefore, it is incumbent that the Muslims have a prominent role in the civil scientific renaissance. This role will establish the necessary base to achieve successive authority on earth and face the challenges of time provided that they endeavor on the basis of the Book of Allah The Almighty and the Sunnah of His Messenger

This is the difference between the Muslim scientist and those who only seek to gain wealth and position. They make a mockery of their knowledge for the destruction of mankind rather than facilitating the means of life and pursuing happiness for all people.

Principles of the Islamization of knowledge

The principles of the Islamization of knowledge vary with the different variety of scientific fields. These principles include:

1- To believe in the Oneness of Allah The Almighty and reflecting this belief upon all aspects of thought and activity.

2- To believe that man is the vicegerent of Allah The Almighty on earth, and that He The Almighty Has Subjugated all things in it to his service.

3- To believe in Islam's comprehensive nature and ability to lead the world in all disciplines.

4- To believe in the general nature of Islamic facts in all times, places and associated people.

5- To believe in the necessary agreement of the Divine revelation with the mind.

6- To make Muslims mindful of their religion and their role in life.

7- To unify the concepts and methods of Islamic thought.

8- To encompass the Islamic heritage: The Quran, the Sunnah, the tradition of the Companions

and their followers from the two subsequent generations

,and the efforts of the scholars, thinkers and reformers of the Ummah.

9- To be up-to-date with the latest achievements of contemporary knowledge.

10- To renew the basic priorities of scientific research.

12- To care for the role of knowledge, libraries and the Arabic translation of sciences that preceded us.

13- To encourage Arabic in the pursuit of scientific knowledge and giving importance to it because it will be the instrument of Arabic and Islamic thinking until it becomes the (universal) language of science.

14- The disciplining of scientific cadres, competent in more than one single foreign language, to be active elements in the effective transmission of (knowledge from) the developed Western civilizations.

15- To increase individual activity in this respect through investigating the intention of serving Islam and the Ummah in the educational process and performance of scientific research.

16- To provide the necessary resources to conduct scientific research and experiments and rewarding scientists in all scientific fields through the distribution of prizes and raising their financial status.

17- To encourage the excellent youth by investing in them and setting up long-term plans for them to be the scientists of the future.