17 Benefits of Zakah (Poor due) 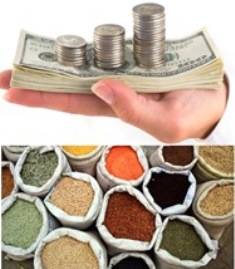 Benefits and wisdom of the individual and social Zakah are as follows:

2- It is proof of the truthfulness of the faith of he who gives Zakah. This is because money is loved by souls and what is loved cannot be sacrificed except in return for something similar to or more beloved than it. Therefore, it is called sadaqah (charity) for it indicates the truthfulness of the request of its payer for the Pleasure of Allah The Almighty.

3- It purifies the morals of the payer of Zakah. It disassociates him from the group of misers and includes him in the group of the generous. This is because if one used to give, be it knowledge, money or honor, then giving will become natural for him to the extent that he may feel sad on a day in which he does not give anything.

Such as the hunter who used to hunt. If he delays his hunt on a specific day, he feels sad. The same thing applies to the one who gets himself accustomed to being generous. He feels sad when a day passes by without giving out money, honor or benefit.

4- It expands the breast with assurance and gladdens the heart. This is because if one gives something, especially money, he will feel an assurance in his breast. This is something that is tested and tried, providing that his giving should be done with complete generosity and pleasure. His sacrifice should not dwell in his heart (with regret and displeasure).

5- It makes one reach the rank of the perfect believer. The Prophet

said: “None of you truly believes until he loves for his brother what he loves for himself.” [Muslim] So, as one loves to be given money to satisfy his needs, he should also love to give it to his brother. By doing so, one will have perfect faith.

6- It is one of the causes of entering Paradise. This is because Paradise is for “those who use soft speech, spread the greeting of Islam, feed people and spend the night in voluntary prayer while the people are asleep.” [Ahmad and At-Tirmithi] All of us earnestly seek to enter Paradise.

7- It makes the Islamic society a single family in which the strong helps the weak and the rich helps the poor. One will feel that he has brothers to whom he has to do good as Allah The Almighty has done good to him. Allah The Almighty Says (what means): {And do good as Allah has done good to you.} [Quran 28: 77] Thus, the Islamic nation will be as one family. This is what the later scholars called social solidarity. Zakah is the best thing that can achieve this because one fulfills with it an obligation and benefits his fellows.

8- It extinguishes the fire of the revolution of the poor. This is because the poor are vexed to find someone who rides in whatever he desires (of luxurious modes of transportation), lives in whatever palace he wishes and eats whatever he likes. All this, while (the poor bystander) can only use his (own) legs, does not sleep except on the ground and the like. There is no doubt that he will find something (of an ill feeling) in his heart. However, if the rich give to the poor, this will extinguish their feeling for revolution, calm down their anger and make them say: “We have brothers that take care of us in difficult times” and thus they will love the rich.”

9- It prevents financial crimes such as robbery and stealing. This is because the poor will receive what satisfies their needs and so they will excuse the rich for they give them from their wealth. They give them one quarter of one-tenth (2.5 percent) on gold, silver and trade goods, one-tenth or one-half of one-tenth on grains and fruits and a great percentage on flocks. Thus, they will see that they are treating them well and will not transgress against them.

10- Salvation from the intense heat of the Day of Resurrection. The Prophet

said: “Every man will be in the shade of his charity on the Day of Resurrection.” [Ahmad]

said regarding the seven categories of people whom Allah The Almighty will shade with the shade He Creates on the day when there will be no shade but His: “A man who gives in charity so secretly that his left hand does not know what his right hand spends;” [Al-Bukhari and Muslim]

11- It makes one know the limits and rulings of Allah The Almighty because one will not fulfill Zakah unless he knows its rulings, properties, Nisab (the minimum limits of sum or quantity liable for Zakah), its recipients and other such matters that the need calls for.

12- It purifies and increases wealth, meaning that, if one gives charity on his wealth, then this will protect it from blight and Allah The Almighty may Increase his provision due to this charity. Therefore, it is mentioned in the Hadeeth: “Wealth does not decrease because of charity.” [Muslim]

It is clearly witnessed that the wealth of a miser may be afflicted with what may destroy it or the most of it due to fire, a great loss or diseases that force him to seek treatment that consume great amounts of his wealth.

13- It is one of the causes of the downfall of goodness. It is mentioned in the Hadeeth: “No people ever withhold the Zakah of their wealth but rain is withheld from the sky.” [Ibn Majah and Al-Hakim]

14- “Charity given in secret extinguishes the wrath of The Lord,” as was authentically narrated from the Messenger

15 - “It wards off an unpleasant death.” [At-Tirmithi and Ahmad]

16 - “It wrestles with a calamity that comes down from the heavens and prevents it from reaching earth.” [At-Tabarani]

17 – It expiates sins. The Messenger