In Allah’s Hands alone - I

In an ultimate way, the answer to these and other similar questions is simple: Allah Almighty has willed it. This is so because nothing can happen in this world except by the permission of its mighty Creator and wise Lord, Allah, The Most High.

All of this happens because Allah Almighty, in His infinite wisdom, created laws and means (including evil) which allow certain outcomes, regardless of whether He loves it or not. This does not absolve people from their intentions and deeds, but quite the opposite. It forms the crucible and volitional test of human faith. This is known as Allah's Creative Will or Al-Iraadah Al-Kawniyah.

Allah Almighty also has what is known as the Prescriptive Will, Al-Iraadah Ash-Shar'iyah—or the Sharee`ah—which prescribes for us what Allah Almighty requires us to avoid and loves for us to do. Here Allah Almighty sets forth unambiguously what He detests as evil and what He loves and aides; namely, good, the righteous, and the good deeds they do.

Consequently, everything, good or bad, occurs under Allah's knowledge and happens only by His permission and creation. Making wars, conquests and the defeat of the weak by the physically strong, all take place by His permission because that is His Creative Will but at the intention and choice of man. Thus Allah Almighty Says in the Quran (what means): "In the victory of Allah. He gives victory to whom He wills, and He is the Exalted in Might, the Merciful. [It is] the promise of Allah. Allah does not fail in His promise, but most of the people do not know .They know what is apparent of the worldly life, but they, of the Hereafter, are unaware." [Quran 30:5-7]

Reflecting upon history and reality shows us that Allah Almighty has made us into various competing communities and nations, who vie with one another for glory. Allah Almighty gives and takes from whom He pleases, even according strength to those He despises. Yet, as the preceding verses indicate, material displays of strength are deceiving. Allah Almighty has created them as an illusion for the disbelievers and those who have disregarded His signs. Strength in this world is meaningless in the next, because it cannot be truly substantial unless it occurs under God's favor.

So it might be a fair question to ask ourselves what do might and power mean for the Muslim—a person who declares: La hawla wa la quwwata illa billah, or "There is neither might nor power save with Allah?”

In the course of our answer to this, we will see that the root of the oppression that Allah Almighty mentions time and again in the Quran originates from a crucial misunderstanding of power, the illusion we mentioned previously. All the oppressors in the world perceive themselves as strong and the makers of their own destiny as well as the destiny of others. But the Quran makes clear that everything is as God wills, and that "indeed, Allah is powerful over all things" [Quran 2:20].

So our question develops. What is the nature of power and does Allah wish us to view it? Then what sort of concepts about power may we have to correct in ourselves when we answer our question?

Consider Ibrahim, Father of Prophets, Friend of God. He approached King Nimrod, calling him to submit to Allah Almighty. But Nimrod doubted and disputed him, simply because Allah Almighty had granted him kingship (2:258). In arrogance, Nimrod saw his kingdom and control over other people as a sign that his power made him responsible to no one. But Ibrahim, peace be upon him, insisted: "My Lord is He Who gives life and gives death." And Nimrod said: "I give life and give death."And it was true in a sense. Nimrod could decree the execution of whomever he wished in his kingdom.

The same is evident from the Prophet Muhammad

The believer does not wish to extend his human limitations onto other people through needless violence, harsh words, and spiteful thoughts. Allah Almighty Says (what means): "And do not turn your cheek [in contempt] toward people and do not walk through the earth exultantly. Indeed, Allah does not like everyone self-deluded and boastful." [Quran 31:18]

This Quranic verse shows attributes, not of the strong, but the spiritually weak. Instead, the strong man of God is in selfless devotion to his Creator. The Prophet Muhammad

did not take his revenge on the people of Makkah when he conquered it. He did not raise his voice at those who disrespected him. Instead, he went against most of the expectations of what the Arabs considered to be actions of the strong and powerful at that time. In this was a sign of his real strength.

To succumb to either condition is to abandon our submission to Allah for surrender to the world and its illusions, which become controlling over us. It is to lose sight of ultimate purposes and ends, and out of love or hate, to focus on the temporary and miss the eternal. We lose ourselves to our own emotions instead of locating ourselves in the refuge of the All-Merciful.

It is always better to seek to live by Allah's commands than to follow our false desires. An example of this is the celebrated anecdote of Ali ibn abi Talib, may Allah be pleased with him, on the battlefield. His enemy fell beneath him, open to the deathblow. At that moment, he spat in Ali's face. Ali, may Allah be pleased with him, held his stroke and turned away, to the astonishment of his opponent, who asked him why. His action would have emerged not from obedience to Allah, but from personal anger, making it insincere.

recognized that to strike at that moment would be to transfer his submission from the Divine to the dunya (world), controlled by the actions of his enemy or his physical emotions. If this story is true, it goes a long way to show the solid character of Ali

who wanted his heart to be moved only by Allah Almighty and for His sake alone, not the deception of this world.

He sacrificed a display of physical strength (at that moment), so he might observe the limits Allah had established (not to kill for one's own whims or motives). He knew that all power in this world comes from Allah alone, and this power loses its meaning if it is not used in His way. Through this type of action, Allah made him and many other Companions of Prophet Muhammad

of the strongest and wisest of His servants. 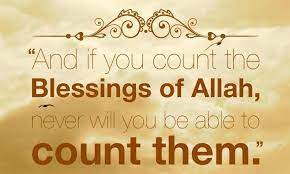