The Different Ranks of People Who Fear Allah

The Companions, may Allah be pleased with them, and the righteous Salaf, (predecessors)

informed us about the first three people who will be thrown into Hell.

The person who fears Allah, The Almighty, in this life, will be secure tomorrow in the Hereafter. When the believers are admitted into Paradise, fear will depart from them and their love of Allah The Almighty will increase. Imaam Ibn Rajab

said, “Allah has created the creation in order to know Him and worship Him; He has provided them with pieces of evidence of His might and greatness in order for them to fear and glorify Him; He has described for them the severity of His punishment of those who disobey Him in order for them to avoid it by virtue of their good deeds (after the mercy of Allah).” This is the reason why Allah. The Almighty, repeatedly mentions Hell and the punishment He has prepared in it for those who disobey Him; He tells His slaves to fear Him, be conscious of Him, adhere to His commands, rush to fulfil what He has mandated upon them, do all that pleases Him, and refrain from that which He hates.

This is evident in the Sunnah of the Prophet

which is a clarification of the Quran. This is also apparent in the practice of our righteous Salaf (predecessors). If we ponder upon their condition, we will be amazed by the fear of Allah, The Almighty, and humility that they possessed, and how this caused them to elevate their ranks and exert extra efforts in the obedience of Allah, The Almighty, as well as to easily refrain from minor disliked matters, to say nothing of prohibitions.

The fear of Allah, The Almighty, has different levels and ranks: the minimum level is that which makes a believer perform his Islamic obligations and refrain from prohibitions; if it exceeds this level, then it promotes the desire to perform optional deeds and abstain from minor disliked matters, and this is a praiseworthy type of fear. On the other hand, if it increases to the point that it makes one enter a state of despair which prevents him from exerting any effort, thinking that there is no use in doing so; and if it causes him grief or even kills him (as is the case in some instances), then this becomes a dispraised type of fear.

The desirable fear of Allah, The Almighty, drives a person to perform all his Islamic obligations and do optional deeds, besides causing him to refrain from prohibitions and minor disliked matters. There is a type of fear which is weaker than this, which does not cause one to refrain from all prohibitions, or encourage one to perform all his Islamic obligations.

The fear of the devout slaves is greater because they seek a higher rank and fear that they may not attain it. What would one who is upon the straight path fear? He would fear his heart changing, as Allah, The Almighty, Says (what means): {“…And know that Allah intervenes between a man and his heart …”} [Quran 8: 24] He also fears having his rank reduced or decreased. Conversely, the sinner fears the evil consequences of his wicked deeds; his fear would benefit him only if it causes him to refrain from his evil deeds, regret, and repent. 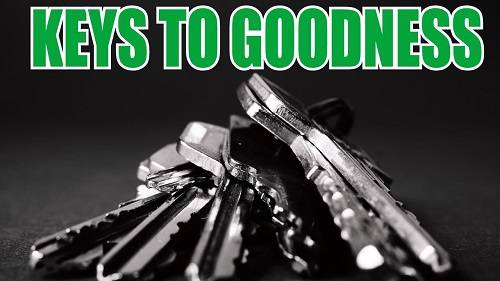