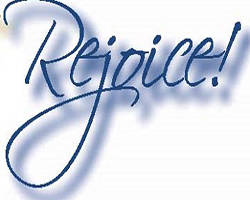 Why should we rejoice at the coming of Ramadan? What is so special about this month which makes it distinct from all the others of the year?

• We should rejoice at the coming of Ramadan and welcome it with a heart that abounds in faith, hoping for the rewards of Allah, the Exalted, and (observe fasting) as a response to the command of Allah the Almighty. He commanded us to fast in this blessed month Saying (what means): {The month of Ramadan [is that] in which was revealed the Quran, a guidance for the people and clear proofs of guidance and criterion. So whoever sights [the new moon of] the month, let him fast it; and whoever is ill or on a journey—then an equal number of other days...} [Quran 2:185]

• We should rejoice as Allah, the Exalted, bestowed the blessing of witnessing the month of Ramadan upon us. How many of our friends and relatives who had fasted with us, performed prayers with us, shed tears and raised their palms beseeching their Lord with humility last Ramadan are now buried beneath the ground?

• We rejoice at the Mercy of Allah, the Most Merciful, the Ever Merciful and Al-Mannan (i.e. The Ever Granting) as He blesses us with such spiritual seasons. Allah, the Exalted, knows our need for such spiritual seasons. And who are we? We are His vulnerable, weak, and poor slaves who are guilty of negligence and apathy. We have often taken Allah's watching over us too lightly and have become rather heedless and inattentive in our prayers and overwhelmed with our sins and misdeeds. However, Allah, the Exalted, is the All-Forgiving and All-Merciful. When He decrees a thing, He only says to it, "Kun (Be)!" and it is. He bestowed the blessing of this blessed spiritual season upon us, and it is the month of Ramadan, which is a blissful season and a golden opportunity. We often hear about sales and discounts in shops and stores, especially in this month. What a significant difference between one opportunity and another! Verily, Ramadan is a golden opportunity to shed tears (out of fear of Allah the Almighty) and rectify one's intentions. It is a profitable trade that ushers us to a Paradise as wide as the heavens and earth.

• We should rejoice at our endurance in obeying Allah, the Exalted, and abstaining from sins as we guard our limbs (from doing or uttering what displeases Allah, the Exalted) and curb our sinful desires as not to incur the wrath of Allah the Almighty. We should guard our tongue from swearing, cursing, and backbiting. How many times have we been totally oblivious to the words of our Lord (which mean): {Man does not utter any word except that with him is an observer prepared [to record].} [Quran 50:18]?

How many times have we unleashed our tongues and uttered what displeases Allah, the Exalted? What have we gained aside from remorse and loss? It is about time to treasure every minute and second of our days and nights, preoccupying them with the remembrance of Allah, the Exalted, seeking forgiveness and performing prayers. Allah, the Exalted, says (what means): {When My servants ask you [O Muhammad] concerning Me—indeed I am near. I respond to the invocation of the supplicant when he calls upon Me. So let them respond to Me [by obedience] and believe in Me that they may be [rightly] guided.} [Quran 2:186]

• We should rejoice at the coming of Ramadan, the month when the whole world was illuminated with the message of our Prophet Muhammad

. With it, the mist of ignorance was removed and the darkness of disbelief and racism was replaced with the light of justice and brotherhood. In congregation, Arabs and non-Arabs, rich and poor, all stand shoulder to shoulder, with no difference between them (emphasizing equality in Islam). Allah, the Exalted, says (what means): {Indeed, the most noble of you in the Sight of Allah is the most righteous of you.} [Quran 49:13]

• Ramadan is the month of Islamic conquests, battles, and great victories. This sharpens our focus on materializing our ambitions and reinforces our determination, reminding us not to get bored and fed up with our work, studies or other duties and responsibilities. How can a Muslim be lazy and idle? The life of the Prophet

and his Companions, may Allah be pleased with them, was a life of constant jihad, struggle and calling to Allah, the Exalted. They spent their nights performing night prayers and their days in diligent work and struggle (in the cause of Allah the Almighty) and in jihad. They used to implore Allah for six months to make them live long enough to reach Ramadan, and then they would fast Ramadan, strive to carry out acts of worship in this blessed month and, then, for the following six months, they used to implore Allah, the Exalted, to accept it from them.

• We should rejoice at the coming of Ramadan as it is the month of commendable competition, not to hasten to watch series and movies and other useless matters, we seek refuge in Allah the Almighty from being among these. Rather, it is a race to the gate of Ar-Rayyan (gate of Paradise for the people who used to fast) and a competition towards attaining the pleasure of Allah, the Exalted, and winning Paradise. Allah, the Exalted, says (what means): {Hasten to forgiveness from your Lord and a garden as wide as the heavens and earth, prepared for the righteous.} [Quran 3:133] Who are these righteous people? Allah, the Exalted, says (what means): {Who spend [in the cause of Allah] during ease and hardship and who restrain anger and who pardon the people—and Allah loves the doers of good.} [Quran 3:134]

• We should rejoice (at the coming of Ramadan) as we return to our Lord, the All-Merciful, full of remorse and regret, proclaiming our sincere repentance and shedding remorseful tears for our past sins that have overburdened us and asking for His Forgiveness. Perhaps we will be relieved from our worries and anguishes. We should declare our sincere repentance to Allah the Almighty from listening to music and songs and from sins that we have taken rather lightly. Perhaps, we may be among those whom Allah, the Exalted, describes in the verse (which means): {And those who, when they commit an immorality or wrong themselves [by transgression] remember Allah and seek forgiveness for their sins—and who can forgive sins except Allah?—and [who] do not persist in what they have done while they know.} [Quran 3:135] What is their reward? Allah, the Exalted, says (what means): {Those—their reward is forgiveness from their Lord and gardens beneath which rivers flow [in Paradise], wherein they will abide eternally; and excellent is the reward of the [righteous] workers.} [Quran 3:136]

• We should rejoice (at the coming of Ramadan) as we spend from the wealth that Allah, the Exalted, granted us in order to make others happy and draw a smile on the lips of those who are less fortunate. Allah, the Exalted, did not afflict poor people with poverty unjustly for He is never unjust towards His slaves, but (this is) in order to test their patience and raise their levels in Paradise. We give out charity to poor people and identify with this poor widow. She receives this blessed month with no one to provide for her and her children yet she wishes to receive it, just like us, with new foodstuff and clothes for her children. As we offer charity, we should rejoice at the generous rewards of our Lord, the Most Generous and Al-Mannaan (i.e. the Ever-Pitying). He, the Almighty, says (what means): {Indeed, the men who practice charity and the women who practice charity and [they who] have loaned Allah a goodly loan—it will be multiplied for them, and they will have a noble reward.} [Quran 57:18]

• We will rejoice, Allah Willing, as we will be driven in groups to Paradise, which is as wide as the heavens and the earth, and the angels will welcome us. Allah, the Exalted, says (what means): {But those who feared their Lord will be driven to Paradise in groups until, when they reach it while its gates have been opened and its keepers say, "Peace be upon you; you have become pure; so enter it to abide eternally therein," [they will enter]. And they will say, "Praise to Allah, who has fulfilled for us His promise and made us inherit the earth [so] we may settle in Paradise wherever we will. And excellent is the reward of [righteous] workers."} [Quran 39:74]