A Practical Program for Raising Children 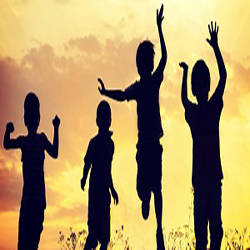 There is no doubt that children are the comfort of one's eyes and a source of happiness. Life becomes pleasant with children on whom one’s hopes are pinned. While the father sees in his children a source of support, aid, and power, the mother sees in them hope, happiness of the heart, and security in the future.

All these privileges depend on a very important issue. Do you know what that is? It is a sound upbringing. When the parents bring up their children to the best of their ability, their goodness extends to the parents, society, and all of humanity, representing what Allah The Almighty Says (what means): {Wealth and children are [but] adornment of the worldly life.} [Quran 18:46] However, if the children are improperly brought up and their characters are badly formed, they will be a curse for their parents and a widespread evil for their society and all people.

In this article, we address the Muslim mother who understands her parenting mission in this life and her responsibility towards bringing up her children and shaping their characters. The mother is undoubtedly more responsible than the father in this regard because children are closer to her and spend more time with her. The Noble Quran expressed this responsibility in what Allah, The Almighty, Says (which means): {O you who have believed, protect yourselves and your families from a Fire whose fuel is people and stones.} [Quran 66:6] The Prophet

The person who enjoys greater mental balance also possesses the ability to bear responsibility. Thus, a woman who bears responsibility for her children and their upbringing is someone who has a balanced personality. Evading responsibility clearly indicates one's immaturity and lack of psychological soundness. Therefore, the mother is responsible for bringing up her children in an Islamic manner – a righteous upbringing which embodies the noble manners that the Prophet

was sent with, in order to perfect and instill them in people's lives. He

said: "I have been sent to perfect noble manners." [Al-Albaani: Saheeh]

Here we should stop and ask ourselves: What is the standard upon which we bring up our children? What are the means that help us to achieve this task?

First: To answer the first question every mother must ask herself: What is my standard for raising my children? What should I raise them to be? The basic standard for every Muslim mother in raising her children is Islam with its pure Sharee‘ah. Thus, a sound upbringing would rely on clear principles and sublime objectives.

How should we raise our children?

A Muslim mother should raise her children to have good manners and appropriate behavior. She has to raise them to venerate the ordinances of Allah, The Almighty, i.e., they are raised to perform prayer at the age of seven, to be attached to the Book of Allah, and to go to the Masjid where they meet good people and righteous friends. They should be raised to revive the Sunnah (traditions) of the Prophet

knowing his Seerah (biography) and battles that teach children patience and give them lessons which contribute to the formation of their character. Children should be raised to love others, maintain ties of kinship, be kind to the weak, respect the elderly, show mercy to the young, enjoy doing goodness, be truthful in their speech and actions and to fulfill promises. They should be brought up on righteous behavior by:

3- Keeping away from unlawful entertainment such as songs, music, and looking at prohibited things

4- Not imitating women (for boys)

5- Not displaying their beauty, adhering to Hijab (Islamic covering), and not mixing with men (for girls)

By doing so, children will be brought up to attain purity, chastity, bravery, and abstain from frivolous matters and worldly distractions; thus, they will grow as practicing Muslims who live for Islam.

Second: The means that help in the upbringing of children

2- By setting a good example

Upbringing by inculcating good habits and disciplining at an early age is one of the strongest means of raising morally and spiritually sound children. A well-established fact in the Islamic Sharee‘ah (Islamic legislation) is that man is born on pure Islamic monotheism and belief in Allah, The Almighty. This is confirmed by what Allah, The Almighty, Says (which means): {[Adhere to] the Fitrah of Allah upon which He has created [all] people. No change should there be in the creation of Allah. That is the correct religion.} [Quran 30:30] This is also confirmed by the saying of the Prophet

: "Every child is born upon Fitrah (natural disposition upon which Allah created mankind and which enables them to believe in the Oneness of Allah), but his parents make him a Jew, Christian or a Magian. [Al-Bukhari and Muslim]

This is where the role of habituation, instruction, and disciplining in raising children and getting them accustomed to noble manners and the etiquettes of the upright Sharee‘ah comes into play. When inculcating good qualities in her children, a mother must follow the method of encouragement by motivating them with kind words and gifting them, and if this fails, then by warning. Sometimes a mother is obliged to use a deterring punishment if she perceives its benefit in correcting deviation in the children. She has to distinguish between the younger and the older children while correcting them and getting them habituated to something. Each of them requires a unique approach to learning and upbringing.

The Islamic approach to correcting children is based on two main factors:

1- Instruction: which represents the theoretical aspect

2- Habituation: which represents the practical aspect in the upbringing process.

With regard to instruction, for instance, the Prophet

ordered the parents and guardians to instruct their children to say, "There is no deity truly worthy of worship but Allah," and thus it is an act of the Sunnah to announce the Athaan (call to prayer) in the ears of the newborn baby.

One example of habituation is the saying of the Prophet

: "Order your children to pray at the age of seven, and beat them for not praying at the age of ten, and separate their beds." [Al-Albaani: Hasan] By doing so, prayer will become a daily habit to the child and will be an act of worship when he grows mature.

The Islamic approach to correcting older children is based on three main factors:

1- Connecting the children with Islamic creed: This develops a sense of being conscious of Allah, The Almighty, in the mind of the older child and leads to fearing Allah in secret and in public. Accordingly, it strengthens his will, helping him to give up prohibited matters and adopt the best manners.

2- Disclosing what is evil: An older child can be convinced to relinquish evil acts and develop the determination to abandon vice when the nature of evil is disclosed to him. Moreover, he will be comfortable and assured about giving up every sinful and wicked act in this manner.

3- Changing the social environment: A good environment has a great impact on one's upbringing, reforming one's character and habituating the individual to righteous deeds. We know the Hadeeth of the man who killed one hundred people and came to ask the most knowledgeable man on earth if he could repent. The answer was, "Travel to such-and-such land as there are people worshiping Allah, The Almighty; so worship Allah with them and do not return to your land because it is a land of evil." [Muslim]

Dear Muslim mother, make your children used to being good and righteous, for being good is an invaluable habit.