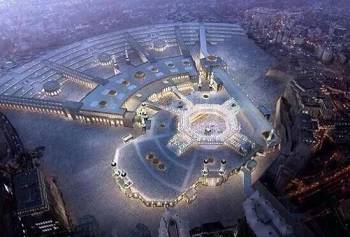 . Allah Almighty says (what means): {And proclaim to the people the Hajj [pilgrimage]; they will come to you on foot and on every lean camel; they will come from every distant pass.} [Quran 22:27] Jurists stated that the conditions of Hajj are: Islam, full possession of mental faculties, puberty, freedom and ability. The Permanent Committee for Islamic Research and Fataawa in Saudi Arabia explains ability by saying:

Ability regarding Hajj signifies that one has a healthy body; owns a means of transportation with which he can reach the Sacred House of Allah, such as a plane, a car, or a riding animal; has the money to rent one of those means, as the case may be; or owns the provisions that suffice him on his journey till he returns, provided that these provisions should be beyond the expenditures of his dependents till he returns from Hajj; and a woman should be accompanied by her husband or one of her mahram (permanently unmarriageable kin) men during her travel to Hajj or ‘Umrah.

We often find people borrowing money in order to go for Hajj, and this contradicts the guidance of Islam.
Shaykh Muhammad Salih Al-Munajjid, a Saudi Arabian scholar, said:

Hajj is not obligatory except upon those who are capable. Capacity includes: financial capacity and physical capacity to travel and perform the rituals ... One is not obliged to borrow for Hajj, and it is not recommended to do so. However, if someone does not abide by this and still borrows money, his Hajj is valid, Allah willing.

said about the permissibility of borrowing, "There is no harm in it as long as one can pay back."

Capacity also includes physical health. According to the Fiqh Encyclopedia:

In some countries, there are financial cooperative societies for the Hajj. Shaykh ‘Atiyyah Saqr

said about this issue:

Among the forms of borrowing is forming a society or establishing a fund with subscriptions from the members. The sum of these subscriptions is given to some of the members monthly or yearly in order to perform the Hajj. The member should continue paying the subscription to repay his debt. This form of solidarity is permissible.

Trading during the Hajj: Many people believe that one should perform Hajj from his own money and that if he goes for work or trade and performs the Hajj, that this Hajj does not avail him of the obligatory Hajj.

a Professor in Al-Azhar University, said regarding this issue:

Those who perform Hajj and conduct business, their Hajj is valid, they do not have to repeat it, and it avails them of the obligation. Concerning the reward, the apparent meaning of these texts is that Allah does not deprive them of it. However, one should take the following authentic hadith into consideration: "The reward of deeds depends upon the intentions, and every person will have the reward according to what he has intended." If there are several intentions for one good deed, then the reward may depend upon the prevailing among these intentions. The whole matter belongs to Allah before and after and, indeed, Allah is Knowing of that which is within the breasts.

Hajj as a grant

Dr. Nasr Fareed Wasil, the former Mufti of Egypt, said about Hajj as a grant from a company to its employees or from some of the rich to the poor:

The jurists of Islam unanimously agreed that if the person does not have money, he is not obliged to perform Hajj. If a stranger grants him money in order to perform the Hajj, then, by consensus, he does not have to accept it. If he accepts and performs Hajj, then his Hajj is valid, and this avails him of the obligation. Hajj is always permissible if the money is lawfully earned whether it is the money of the person himself or the money of others that was donated willingly and readily.

Limiting the numbers of pilgrims

Millions of Muslims wish to perform the Hajj to the Sacred House of Allah. However, the Saudi authorities ask every country to send a specific number of pilgrims in order to avoid the evils that may result from receiving an unlimited number of pilgrims. This limitation is permissible according to his eminence Shaykh Al-Qaradhawi, who said:

It is permissible to limit the numbers of pilgrims if this entails benefit and if not limiting it entails evil. We know that there were about 3 million pilgrims in some years. In several years, the people were so crowded in the place of throwing pebbles that hundreds of people died. Therefore, limiting the numbers of pilgrims is a matter of considering public interest that was not specifically addressed by the Islamic texts and of the elimination of means that lead to unfavorable results. This matter was agreed upon by wise Muslims.

The spread of some contagious diseases makes the authorities take precautions through vaccination and other means. Due to the harm that will afflict the Muslims, it is impermissible for man to travel if he has not taken the required vaccinations when it is most likely that the infection will spread.

If the infection is certain or most likely to happen, then this disease causes the Hajj to be not obligatory upon the sick person till he is cured because the Islamic jurisprudence rule stipulates that the elimination of evil takes precedence over the realization of benefit, especially given that the benefit in Hajj is for the person himself more than for others. Moreover, the evil strikes many others. Since Hajj is not obligatory upon him, I believe that taking the risk of travelling in spite of the probability of infection is prohibited, being either disliked or forbidden, according to the degree of the probability of infection.

This opinion is based upon the incident in which the Prophet

said to a man with leprosy who came to pledge him allegiance: "Go back, for we have accepted your pledge of allegiance." [Muslim] He also said: "Run away from the leper like you run away from a lion." [Al-Bukhari]

Many people ask whether to give precedence to their needs or to Hajj. For example, a person may need a car; so should he then buy the car or perform Hajj?

In this respect, Shaykh Muhammad ‘Abdullah Al-Khatteeb, one of Al-Azhar's scholars, said:

The car, no matter how much a person may need it, is not considered a necessity that justifies delaying the Hajj. The sharia-approved necessity is that which life cannot continue without.

Moreover, whoever gives precedence to and is keen on the obligations of Islam, Allah will grant him the car along with other blessings, Allah willing.
In addition, among the frequently asked questions: should one give precedence to marrying off his children or to performing the Hajj?

Jurists have different opinions concerning this issue. A number of jurists adopt the opinion that he should give precedence to the Hajj because it is obligatory on him, conditional on capacity, and he is capable. On the other hand, others believe that if the son or the daughter needs to get married, then he should give precedence to this based on the fact that Hajj is a deferrable, not an immediate obligation. The latter is the opinion adopted by Dr. Muhammad Al-Mukhtar Al-Mahdi, Professor in Al-Azhar University and President of Al-Jam‘iyyat Ash-Shar‘iyyah (Sharia Associations).

It is not permissible to perform the Hajj with unlawfully earned money. However, jurists judge that this Hajj is valid and availing of the obligation, in spite of the sin therein. According to the fatwas of Dar Al-Ifta’ Al-Misriyyah:

The sharia stated that Hajj is obligatory upon every Muslim who is free, adult, and in full possession of mental faculties and healthy, if he owns the provisions, the means of transportation, the residence and other indispensible affairs along with the expenditures of his dependants till he returns. It is disliked for an indebted person to go for Hajj if he does not have money to repay his debt, unless the creditor grants him permission. It is a condition that the expenses should be lawfully earned given that Hajj with unlawfully earned money is not accepted although the obligation is fulfilled, even if the money is stolen. There is no contradiction between fulfilling the obligation of Hajj and not accepting it. The slave is not rewarded because Allah does not accept it, but he is not punished with the punishment of the one who failed to perform Hajj (while able to do it) in the hereafter.

He also builds his opinion upon what An-Nawawi

said: "If one performs Hajj with unlawfully earned money or riding a stolen animal, then he is sinful although his Hajj is valid, and it avails him in our opinion. This opinion was also held by Abu Haneefah, Malik, and Al-‘Abdari, and it was adopted by the majority of the jurists."

was asked about this, and his answer was:

It is not obligatory because acts of worship are conditional on capacity, and capacity does not come from others. Thus, it is not obligatory upon either of them to do so. However, if the father demands the expenses of Hajj from his financially capable son, then obeying him falls under the ordained dutifulness; thus, it becomes a duty in this respect.

The majority of the scholars view that there should be a mahram man with the woman during the Hajj, except for the Shafi‘i school, which adopts the opinion that it is permissible for women to perform the obligatory Hajj with a group of trustworthy women if the safety of the road is guaranteed. Nevertheless, the husband may not prevent his wife from the obligatory Hajj, as the Permanent Committee for Islamic Research and Fataawa said: "The obligatory Hajj is an obligation whenever the conditions of capacity are met, and they do not include the permission of the husband. He may not prevent her. Rather, he should cooperate with her in performing this duty." This ruling concerns the obligatory Hajj. On the other hand, he may prevent her from performing a voluntary Hajj if he wishes, as stated by Imam Ibn Qudamah Al-Hanbali, "Concerning the voluntary Hajj, Ibn Al-Munthir reported the consensus on the fact that the husband may prevent his wife from a voluntary Hajj because the right of her husband is a duty that she should not miss for something that is not obligatory upon her."

It is permissible to give the poor from the money of the zakah to perform the Hajj. This is the opinion of Ibn ‘Umar, as proven by a narration on his authority: "Hajj falls under the category of the Cause of Allah."

This is also the view held by Imam Ibn Taymiyyah

who said: "One may give money to someone who did not perform the obligatory Hajj because of being poor."