Gaza doctors launch an appeal to save children's lives 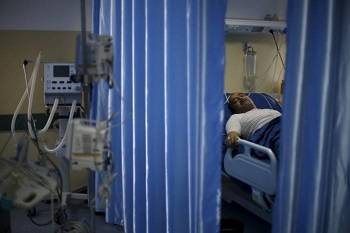 Serag Tafesh and Hassan el-Qaied are at risk of dying if the power goes off. Both are two-month-old babies in an intensive care unit at Al Dura, a children's hospital in Gaza, and their life-saving medical equipment stops working when the electricity goes off.

The two babies were born with congenital malformations that have left them comatose.

Yousef Reziq, a doctor at the hospital, told Al Jazeera that the intensive care unit, or ICU, is the ward most affected by the severe fuel shortages in Gaza, that has been besieged by Israel since 2007. "When the power goes off, the cardiac monitors and the artificial respiration machines by which the two babies can struggle to survive stop working. This means that they might die in less than five minutes," Reziq said.

"If the crisis drags on and the necessary amount of fuel has not been obtained in time, we will have to transfer the children to other hospitals."
With Gaza's blackouts lasting 16 hours a day, hospitals have had to resort to using electrical generators. But fuel to operate the generators is increasingly scarce and expensive, posing an intractable challenge.

The hospital's medical personnel are also uncomfortable with the reliability and sustainability of these generators, complaining of frequent power fluctuations that take a heavy toll on the sensitive medical equipment.

"Continued attention around the clock is required to make sure that the equipment is functioning properly and our patients receive the intensive needed care," Hakiem Hamoda, a nurse, told Al Jazeera.

However, these generators deplete the little fuel available, and the hospital staff fear they might run out of fuel in three days. Gaza's health ministry issued warnings early last week that Al Durra would be out of commission if the hospital did not receive sufficient fuel, and other local hospitals are likely to be confronted with the same risks as well.

According to Ashraf el-Qidra, the spokesman for Gaza's health ministry, hospitals in Gaza need 420,000 litres of fuel each month to operate the generators for the eight hours a day in which there is no electricity, so that hospitals can treat patients during the power cuts.

The Gaza Strip has been subjected to a chronic electricity crisis since its sole power plant was partly destroyed by Israel during its 2006 and 2014 assaults on Gaza. The plant has not operated at full capacity since then.

Meanwhile, the joint Israeli-Egyptian blockade has made Gaza's electricity crisis worse, by making it nearly impossible to import adequate amounts of fuel into the territory.

Dr Majed Hamada, the head of Al Dura, told Al Jazeera that the health ministry instructed his hospital to prepare urgent plans to deal with emergency cases if it runs out of fuel.

"Our plan relies on implementing severe cuts at our health services that are presented to our children, though we receive more cases during winter months. We have to consume as little fuel as possible so that we can somehow reduce the crisis' impact on the hospital," Hamada said.

Hamada noted that all the hospital's medical departments face major difficulties in responding to the needs of its visitors. The infant incubators, which are used to care for babies born prematurely, have been forced to operate at the minimum level, and children who suffer from coughing and respiratory problems have to wait for their turn to use the nebulizer.

The doctor has sent out appeals to international organizations to save the children's lives and preserve their right to dignified, proper medical care. The ministry has contacted the Jeddah-based Islamic Bank for Development, added Hamada, to supply the health sector with fuel.

He called on other international health organizations to respond to their repeated appeals and intervene to end the crisis.

As if the ongoing crisis were not enough, the hospital is also overcrowded, creating a high risk that contagious illnesses could spread.

Mahdi Hijazi, a three-year-old patient, has been in hospital for six days for convulsions. His grandmother Nisreen is worried that he might get an infection from other children in his room.

"The rooms' numbers and sizes are not proportional to the high number of patients inside them," Nisreen told Al Jazeera as she pacified her crying grandson.

Meanwhile, the power cuts continue to imperil the delivery of basic health services. Children with kidney failure are not able to undergo dialysis treatment as frequently, which may damage their health.

Seven-year-old Saher Faied normally receives dialysis treatment three times a week, said his father, Ahmed. But because of the electricity crisis, he only receives one session at Al Dura, and must commute twice a week to Al Shifa Compound, where he receives two more weekly sessions.

Yahia Mousa, the head of Hamas' legislative bloc in the Gaza Strip, told Al Jazeera that the crisis is the fault of the Israeli occupation and its foreign supporters, adding that its goal is to undermine the Palestinian armed resistance and to make Gazans believe that this resistance will not solve their problems.

"We keep channels open with regional and international groups to lessen the damaging consequences of the crippling practices adopted against Gaza in the fields of health, electricity, employment, and education," said Mousa.

"We appreciate all the exerted efforts to break the siege and diminish its strain on the Palestinians' lives, but more can be done to lift it once and for ever."

Meanwhile, Hassan el-Qaied's mother, Mona, says she is extremely worried about the diminishing possibilities of survival at these critical conditions. The two-month-old baby was sent to a hospital in Israel for two weeks but according to her, doctors said his health status was chronic and nothing can be done to improve it.

"My heart is heavy with pain seeing my little baby in this condition and there is nothing I can do to save him."

A patient lies on a bed in the operating room at the Indonesia Hospital in the northern Gaza Strip January 4, 2016. REUTERS 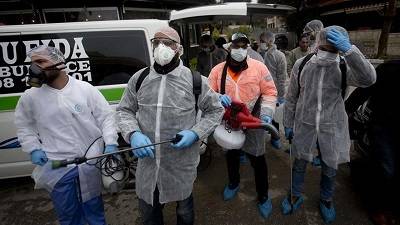