Prayer is the life of the heart 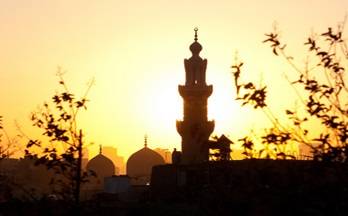 I have pondered over our prayers and thought of the state of many of the praying people. So, I detected a strong link between neglecting the prayer with all its due meanings and the status of the Muslim nation along with the crisis that the Muslims undergo. In fact, it is not a single crisis, rather they are crises in the social, moral and military spheres, in addition to psychological defeat and so on.

Likewise, the state of the individual in the prayer depends on his righteousness and conduct. The more the person perfects his prayer, the more his conditions and conduct are improved and vice versa.

One may wonder: How?!

My answer is that the prayer is a way of life; it is the highest level of servitude to Allah, the Exalted.

Observing khushoo' (the state of the heart when we stand before our Lord in full submission, humility and absolute concentration and aware of the deed that we are going to do) in the prayer is the reason for attaining success in this worldly life and in the Hereafter as well. Allah, the Exalted, Says (what means): {Certainly will the believers have succeeded. They who are during their prayer humbly submissive...} [Quran 23:1-2] The Prophet

said: "Prayer is the best deed, so whoever could pray more, let him do so." [Ahmad, At-Tabarani; Al-Albani: authentic] He

When the praying person stands before his Lord with an attentive, submissive, pure heart, directing it towards his Lord, and recites takbeer (saying 'Allahu Akbar': Allah is the Greatest) to start the prayer; he is proclaiming that Allah, the Exalted, is greater than anyone and anything else. Then, he commences his prayer and seeks the forgiveness from Allah, the Exalted, by saying the istiftah (the opening supplication of the prayer) supplication which reads: "Allahumma, ba‘id bayni wa bayna khatayaya kama ba‘adta bayna al-mashriqi wa al-maghrib. Allahumma, naqqini min khatayaya kama yunaqqa ath-thawbu al-abyadhu min ad-danas. Allahumma, ighsilni min khatayaya bil-ma’i wa ath-thalji wa al-barad." (O Allah, set me apart from my sins (faults) as the East and the West are set apart from each other, and clean me from sins as a white garment is cleaned of dirt (after thorough washing). O Allah, wash off my sins with water, snow and hail.) [Al-Bukhari and Muslim]

If one fully comprehends what this means, will he then commit a sin deliberately or insist on it?!

Then, the praying person seeks refuge with Allah, the Exalted, from the devil and recites Al-Fatihah, which is known as Umm Al-Kitab (The mother of the Book), because it combines all the meanings of faith and tawheed (Islamic monotheism) from praising, expressing gratefulness, glorifying, worshipping and relaying on Him Alone, acknowledging the Day of Judgment and that Allah is its Master, along with asking his Lord for guidance and nothing except it. Guidance here refers to the guidance to the path of the prophets, may Allah exalt their mention, and the believers. Then, the praying person asks Allah, the Exalted, to shield him against the path of those who have incurred [His] anger and of those who are astray, meaning the Jews and Christians and those who are similar to them.

After reciting Al-Fatihah, the praying person says takbeer (saying Allahu Akbar) and performs rukoo‘ (i.e. bowing) before his Lord, saying: "Subhana Rabbi Al-‘Atheem." (Glory be to my Lord, the Great!). When the praying person understands the meaning of this glorification of Allah, the Exalted, this bowing, this physical submission before his Lord, and this veneration with the tongue; should he not know that his Great Lord loves His slave to be submissive to Him in all matters? Would he not know that his Lord Wants him not to favor his personal desires (preferences), opinions, and reason over that which He Has Legislated for His slaves?!

How strange the case is of someone who performs the prayer (as described above), and then after that he approves legislations other than that ordained by Allah and shows keenness on going against His commands! Such a person did not perform the prayer as due.

Reflect on the condition of someone who is raising his head from rukoo‘ and is praising and glorifying Allah, the Exalted, saying: "Sami‘a Allahu liman hamidah, Rabbana wa laka al-hamd, mil’ as-samawati wa mil’ al-ardh wa mil’ ma shi’ta min shay’in ba‘d. Ahla ath-thana’i wal-majd la mani‘a lima a‘tayt wa la mu‘tya lima mana‘t wa la yanfa‘u thal-jaddi minka al-jadd" (Allah, the Exalted, hears the one who praises Him; Our Lord, to You be the praise, filling the heavens, filling the Earth, and filling whatever else You may will, Lord of Glory and Majesty.

None can withhold what You grant, and none can grant what You withhold, nor can the wealth of a wealthy benefit him before You." [Al-Bukhari and Muslim]

Then, the praying person prostrates himself before his Lord. What a great and honorable position it is as the praying person places his forehead on the ground, showing submission, humility, and poverty to his Lord, saying, "Subhana Rabbi Al-A‘la." (Glory be to my Lord, the Most High!) If the Muslim was offered heaps of money to prostrate himself before other than Allah, the Exalted, he would never accept it. Prostration serves as a spiritual remedy for the human self from arrogance, blameworthy sense of pride, and haughtiness. Thus, the praying person learns to adhere to humility and submission to Allah, the Exalted, which entails modesty and treating others with kindness.

Then, the praying person testifies that Prophet Muhammad

is the Messenger of Allah, asks his Lord to bestow His blessings and mercy upon him in the prayer. Such marvelous meanings in the prayer serve as a deterring factor for the person from committing vices and sins. Allah, the Exalted, says (what means): {… and establish prayer. Indeed, prayer prohibits immorality and wrongdoing, and the remembrance of Allah is greater…} [Quran 29:45]

The more the praying person fails to understand the meaning of all of this, the less his prayers would prevent him from committing vices and sins. Thus, we come to realize that the deficiency is in the worshipper's performance and his understanding of the prayer and not in the prayer itself.

In conclusion, we come to know that the prayer includes the following:

Perfect servitude to Allah, the Exalted.

Praising Allah, the Exalted, with His Names and Attributes.

Disassociation from disbelief and disbelievers.

Reliance on Allah, the Exalted, and humility.

Proclamation that there is no power and strength save by Allah.

Compliance with the guidance of the Messenger of Allah

is the Messenger of Allah.

Is this not a way of life for a Muslim, knowing that his Lord and God is the Creator of the universe and the Disposer of all affairs?!

If the person understands the meaning of all of this in his prayer; he will finish the prayer as a different (better) person with brighter inner light. He will renew his submission to his Lord and will never dare to violate or reject the Divine Revelation, be it through negation, plainly going against the Divine Commands, or distortion. Prayer is a way of life that aims to rectify the person ideologically, spiritually, behaviorally, morally, and systematically.

We ask Allah, the Exalted, to make us among those who constantly establish the prayer.