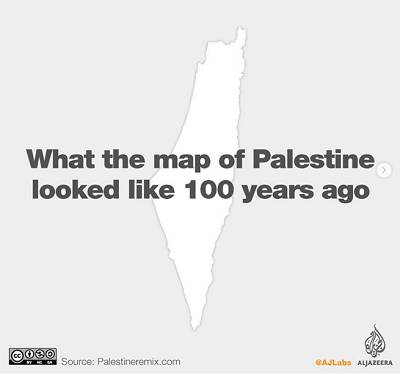 The Balfour Declaration is only 67 words long, yet it launched what is broadly seen today as the world's most intractable conflict. The Israeli-Palestinian dispute remains an enduring crisis in the Middle East region 100 years after the declaration was signed on November 2, 1917.

Former British Foreign Secretary Arthur Balfour issued the document to Lord Walter Rothschild, a British Zionist leader, to announce support for the creation of a "national home for the Jewish people" in Palestine. Palestine was then part of the Ottoman Empire and home to a minority Jewish population of nine percent.

Al Jazeera spoke with Avi Shlaim, a historian and professor emeritus of international relations at the University of Oxford, about the motivation behind the fateful document and its ongoing legacy.

Al Jazeera: Many factors led to the creation of the Balfour Declaration - Zionist, Evangelical, colonial, even anti-Semitism from the British government. What do you think was the main motivation behind this declaration?

Avi Shlaim: The school of thought to which I subscribe is the imperialist school of thought. According to this school of thought, the Balfour Declaration was inspired by British imperial considerations and self-interest. In 1917, Britain was engaged in a very tough war, and it wasn't winning the war, so it desperately needed an ally - and in order to gain the support of the Zionists, it should issue a statement in support of a Jewish national home in Palestine.

[Former UK Prime Minister David Lloyd George] had an exaggerated idea of the power and influence of the Jews. He thought that the Jews had covert power worldwide and that they made the wheels of history turn, and therefore, if Britain made this gesture in support of the project, then Britain would acquire a major strategic ally. But this view of the power of the Jews was a misperception, because the reality was that the Jews were an impotent minority and the Zionists were a tiny minority within the minority.

Al Jazeera: In the declaration, they promised to protect "civil and religious rights of existing non-Jewish communities in Palestine", but there was no mention of political rights. How is it that they gave the Jewish people - a minority in Palestine who accounted for nine percent of the population at the time - the right to national self-determination, while denying self-determination to the majority?

Shlaim: This shows the absurdity of the Balfour Declaration in denying national rights to the 90 percent majority and granting it to the 10 percent minority. Arthur Balfour knew full well that his declaration contradicted the principle of national self-determination. In short, the Balfour Declaration was a classic colonial document, which completely disregarded the rights and aspirations of the people of the country.

Balfour 100 years on: Salvation or betrayal?

Britain had no moral or legal right to promise Palestine to the Jews as a national home. The concept "national home" does not exist under international law, and one Jewish writer, Arthur Koestler, summed it up by saying: One nation, Britain, promised the country of another people, the Palestinians, to a third people, the Jews.

Al Jazeera: The declaration is of colossal importance, yet the wording is notoriously vague. They chose to write "a national home for the Jewish people" instead of a "state". What was their vision for Palestine exactly?

Shlaim: The Zionists were a tiny group of people, but they were a very effective lobby in Britain … Curious as it may sound, the first draft of what became the Balfour Declaration was submitted by [British Zionist leader] Dr Chaim Weizmann himself, and it revealed the extent of Zionist ambitions.

But from the beginning, the ultimate aim of the Zionists was a fully-fledged independent state in as much of Palestine as possible … Both David Lloyd George and Arthur Balfour, and colonial secretary Winston Churchill, later admitted that from the beginning, it was clear to them that a national home meant a Jewish state.

Al Jazeera: You are one of the signatories out of 13,000 to an online petition demanding that the UK government apologize for the Balfour Declaration. What was the response and how does the UK government view the declaration today?

Shlaim: The foreign office issued a detailed response to our petition and they completely rejected our idea, and they said that Britain has nothing to apologize for - that, on the contrary, Britain is proud of the part it played in enabling the Jews to establish their own state in Palestine. So the present British government is completely unrepentant.

Britain's role did not end with the issuing of this declaration … What had been a British promise to the Zionists became an international treaty. The mandate also entrusted Britain with what's called a "sacred trust of civilization", [which] was to prepare the country for independence. To prepare the country for independence means to have democracy, to have elections, to have representative institutions.

But Britain refused all Palestinian demands for elections, for a national assembly and for a national executive. The cornerstone of British mandatory policy was to prevent representative institutions until the Jews became a majority. So Britain prevented democracy from evolving so long as the Arabs were a majority.

It is for this reason that I regard the Balfour Declaration as setting in motion a process that enabled a tiny minority of Zionists to begin the systematic takeover of the entire country. The Balfour Declaration paved the way for the creation of the state of Israel in 1948 and for the ethnic cleansing that accompanied it.