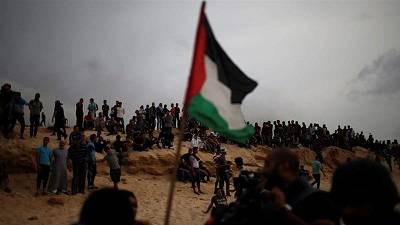 Ministry of Health spokesperson, Ashraf al-Qidra, said that Ahmed Abu Habel, 15, died on Wednesday when the tear gas canister hit him in the head near a checkpoint between Israel and the Gaza Strip.

Twenty-four others were injured, al-Qidra added.

Israel's military did not comment on the specific incident but a spokesperson told AFP news agency that soldiers had "fired live rounds in accordance with the rules of engagement" as protesters massed along the border.

The incident follows months of demonstrations by Gazans along the border fence with Israel, demanding their right to their ancestral lands from which they were expelled 70 years ago.

So far, more than 195 Palestinians have been killed in Gaza, one of the most densely populated places on earth.

One Israeli soldier has been killed since the protests began on March 30.

Last Friday, seven protesters were killed by Israeli gunfire, including a 12 and 14-year-old.

This was the bloodiest day since May 14 when more than 60 Palestinians were killed in Gaza during protests against the inauguration of the US embassy in Jerusalem. 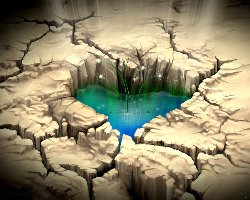