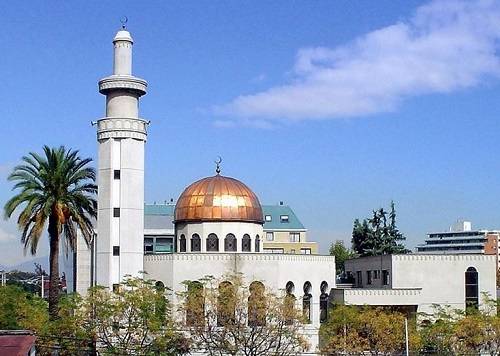 Chile is situated along the western seaboard of South America, bordering the South Pacific Ocean. It shares borders with Peru to the north, Bolivia to the northeast, and Argentina to the east. The total population of Chile is 16 million. Catholics make up 80.7% of the population; Protestants make up 6.1%; Jews make up 3%; Muslims make up 0.3%; the religiously unaffiliated make up 12.8%, and the adherents of other religions make up 0.3%.

The Chilean culture and identity are clearly influenced by the Moroccan culture, given the role of the Moriscos (the Muslims of Andalusia), who were forced to convert to Catholic Christianity and were of Maghreb origin. Large groups of Moriscos were forcibly displaced to the New World, part of which was Chile, according to the historian Aurelio Diaz Meza.

There are a number of mosques in Chile, and Mezquita As-Salam (As-Salam Mosque) in the capital Santiago was the first mosque built in the country. The construction started in 1988, and the mosque opened its doors for worshipers in 1996. The Islamic center affiliated to the mosque organizes Da‘wah (calling to Allah) activities and serves the Muslim community there.

In 1997, Mezquita Bilal (Bilal Mosque) was built in Iquique, thanks to the efforts of Pakistani merchants. During his visit to Chile in 2004, King Muhammad VI of Morocco gave his orders to build the largest cultural center and mosque in Chile at his own expense. The center’s activities were to be focused on promoting Islam and Da‘wah.

The most prominent challenges and difficulties identified by the conference included: the absence of proper knowledge of Islam, unfamiliarity with Islamic culture, weak religious commitment of many Muslims in those countries, non-adherence to religious observances, and inability to adhere to the Arab and Islamic identity or celebrate the Islamic culture due to the lack of understanding of Islam. Sadly, those Muslims try to put on outward appearances that do not conform with their religious culture to fit into society and follow Western customs and traditions. The challenges also included the lack of interest in teaching the Arabic language, unavailability of material about Islam such as books and tapes, lack of religious awareness programs for young people and children, and the absence of entities concerned with the management and development of Islamic endowments. They also suffered from the lack of religious and Arabic educational institutions for the intermediate and secondary levels, the scarcity of Islamic materials in Spanish, and the absence of coordination and collaboration in the activities of Islamic organizations. Moreover, the local media in Chile and the rest of Latin America distorted the image of Islam and Muslims.

Among the problems facing the Muslim community in Chile, in particular, were the following:

- The deteriorated economic situation given the widespread unemployment and general prevalence of poverty in the country.

- The large number of Muslim young men marrying non-Muslim women or women who are only nominally Muslim. This negatively affects the level of religious commitment of Muslim young men and their children afterwards. The situation becomes worse in the event of divorce as the mother takes custody of her children to raise them away from the teachings of Islam, as is mostly the case in Western countries.

- The state of lawlessness in Chile, reflected in weak legislations and administrative procedures and inadequate police procedures, as reported by the Human Rights Watch. This problem affected the Muslim community in Chile as well.

- The unawareness of many Muslims of the basic teachings of Islam.

- The lack of human resources, such as the lack of Muslim Daa‘iyahs (callers to Allah, preachers) who are fluent in the local languages and have sufficient knowledge of the customs and traditions of the peoples in those countries, and the lack of Muslim figures who are capable of representing the Muslim community on some occasions and TV shows and of interacting with the local media to promote Islam and refute the claims promoted by the media and address misinformation against Islam and Muslims.

- The absence of women and children care programs, weakening the future generations of the immigrants as the children are more influenced by their surrounding environment and mothers.

The most important steps proposed by the conference and communicated to the Muslim and Arab governments concerning Muslims in Chile were the following:

- Establishing Islamic schools and preparing curricula approved by the formal educational institutions in Chile to encourage Muslim parents to enroll their children in Islamic schools. Accrediting Islamic schools would increase the number of students enrolled in them. Moreover, there is a need to incorporate Islamic and Arabic language subjects to these curricula.

- Focusing on translating Islamic and literary books into Spanish to strengthen their bond with the Islamic culture.

- Sending Muslim students from Chile to study in Arab countries and making it easier for them to obtain scholarships to study Islamic and Arabic sciences and return to their community to be righteous and influential ambassadors of Islam, promoting their religion, and raising its banner high.

- Directing the Islamic satellite channels and various media outlets to address Chilean Muslims and train their staff for this task in terms of language and Da‘wah techniques.