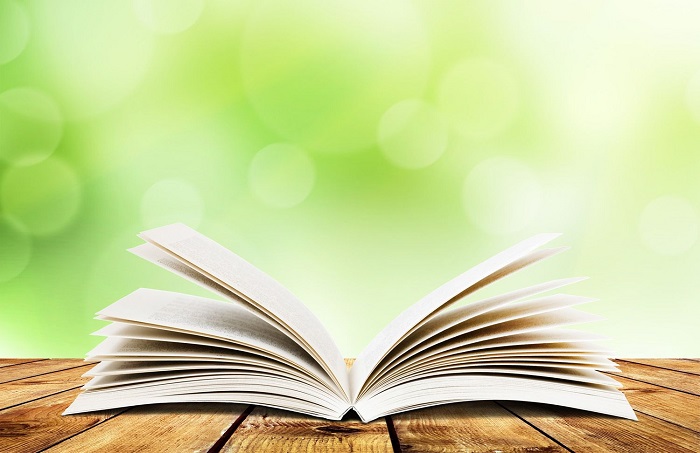 The Prophets of Allah are the elite of humankind and the most honorable of all people in the sight of Allah, The Exalted. He chose them and entrusted them with conveying His Religion to His Creation. He Says (what means): {Those are the ones to whom We gave the Scripture and authority and prophethood.} [Quran 6:89] He also Says (what means): {Those are the ones whom Allah has guided, so from their guidance take an example.} [Quran 6:90] The Muslim Ummah unanimously agreed that the Messengers of Allah, may Allah exalt their mention, are infallible with regard to conveying the divine revelation, and this essentially means that they never lie, forget, or make mistakes in this regard. Al-Qaadhi ‘Iyaadh

said: “The Prophets of Allah are free of all physical and moral deficiencies.” Ibn Taymiyyah

said: “The Quranic verses that establish the prophethood of the Prophets of Allah indicate that they were infallible with regard to communicating the divine revelation. This means that whatever divine revelation they conveyed was unquestionably the truth, and this is the very essence of prophethood.” Ibn Hajar

said: “The infallibility of the Prophets of Allah, may Allah exalt their mention, means guarding them against all imperfections, distinguishing them with aspects of spiritual perfection, and blessing them with support and steadfastness in all matters, as well as sending down serenity upon them.”

The Ijtihaad (personal reasoning) of the Prophet

that proved to be erroneous or not optimum does not violate his infallibility in the slightest, because he was supported with the divine revelation. Whenever his Ijtihaad was correct, he did not receive any remark or correction from Allah, The Exalted, and this serves as an approval from Allah of his Ijtihaad and indicates that it is obligatory to follow his Ijtihaad in this regard. However, if his Ijtihaad proved to be not optimum, the divine revelation came to correct it, clarifying what was optimum in that regard (like the incident regarding the prisoners of war in the Battle of Badr). In fact, such divine remark and correction render the Ijtihaad of the Prophet

part of the divine revelation and a binding ruling that must be obeyed and entails that its violation is forbidden. This is the key difference between the Ijtihaad of the Prophet

and that of the scholars of his nation. As for his Ijtihaad and personal opinions on worldly matters, and the incidents where they proved to be erroneous (or not optimum), it does not contradict his prophethood and infallibility in any way. This is because it is conceivable that the Prophets and Messengers of Allah might err with regard to worldly matters, and this does not undermine their prophethood, nor does it contradict their infallibility.

Some skeptics who promote doubts about the Sunnah of the Prophet

and his infallibility brought forth as evidence the incident when he

gave his personal opinion on the artificial pollination of palm trees in Madeenah and that it later proved to be wrong. It was narrated on the authority of Raafi‘ ibn Khadeej, may Allah be pleased with him, that he said: “When the Messenger of Allah

came to Madeenah, the people had been artificially pollinating the palm trees. He said: “What are you doing?” They said: “We are used to doing this,” whereupon he said: “Perhaps if you do not do that it would be good.” So they abandoned this practice, and then there was a decline in the produce. They mentioned that to him, so he said: “I am only human; whenever I command you to do something pertaining to your religion, adhere to it, and whenever I command you to do something out of my personal opinion, then (keep in mind) that I am only human.” [Muslim] Anas ibn Maalik, may Allah be pleased with him, narrated that the Prophet

passed by some people who were artificially pollinating palm trees and said: “If you do not do so, it will still come out right.” The dates came out of poor quality. Afterward, he happened to pass by them, and said: “What has gone wrong with your palm trees?” They said, “You said such-and-such (and we acted upon your advice).” He said: “You are more knowledgeable of your own worldly affairs.” [Muslim]

In the version narrated by Talhah ibn ‘Ubaydillah, may Allah be pleased with him, the Prophet

said: “If that benefits them, then let them do it (artificially pollinate the palm trees). It was an assumption on my part, so do not blame me for an assumption, but whenever I convey to you anything from Allah (divine revelation), adhere to it; I would never tell a lie about Allah.” [Muslim]

did not intend to change their practice of pollinating palm trees, but it was rather Ijtihaad on his part regarding a worldly matter that could be right or wrong. This is evidenced by what he said in the version of the Hadeeth narrated by Talhah ibn ‘Ubaydillah, may Allah be pleased with him: “If that benefits them, then let them do it. It was only an assumption on my part, so do not blame me for an assumption...” The Companions mistakenly assumed that he

In his commentary on these Ahaadeeth, Al-Munaawi

said: “His saying (I am only human) means that he is equal to them in humanity and not with regard to (his authority in) religious matters. This is a reference to the Saying of Allah, The Exalted (which means): {Say, I am but a man like yourselves, (but) I receive revelation...} [Quran 18:110] He

compiled the Ahaadeeth about the artificial pollination of palm trees cited in Saheeh Muslim under the title: “Chapter on the Obligation of Compliance to His Commands Regarding Religious Matters rather than His Personal Opinions on Worldly Matters”. In this chapter, he commented on the Hadeeth reading, ‘You are more knowledgeable of your own worldly affairs,’ saying: “Scholars said that it means you are more aware of the worldly matters rather than those pertaining to legislation (and Sharee‘ah). As for what he said based on his Ijtihaad and declared it to be part of the Sharee‘ah, it is obligatory to act upon it. The pollination of palm trees does not fall under this category but rather the one mentioned before it ... Scholars said: His saying was not a statement but rather an assumption, as he clarified in the other versions of the Hadeeth. They said that his personal opinion and assumption on worldly matters are like those of any other person, and therefore it is conceivable that something like this should happen, and it does not imply any deficiency.” Ibn Taymiyyah

said: “He did not forbid them from pollination, but they made the mistake of assuming that he forbade them from it.” Shaykh Ahmad Shaakir

said: “The Hadeeth is clear and explicit and does not conflict with any other text, nor does it contradict his infallibility with regard to his Ijtihaad. It does not indicate that the Sunnah cannot be brought forth as adducible evidence on all matters, nor does it support their claims that the Prophetic Sunnah in its totality is not part of the divine revelation ... Rather, in the Hadeeth about the pollination of palm trees, he said to them that he did not believe there was a need for that. So he neither commanded nor forbade anything, and he was not conveying divine revelation or establishing an act of Sunnah. Therefore, there are no grounds for expanding the scope of this meaning to the extent of using it as a means to demolish the fundamentals of legislation!”

was infallible from erring in what he conveyed to us from Allah, The Exalted, and not with regard to his personal opinions on worldly matters that might have been right or wrong. A Muslim believes with certainty in the infallibility of the Prophets and Messengers of Allah, on top of whom comes our Prophet

. Therefore, we should be extremely mindful and beware of those who seek to challenge and raise doubts about the Sunnah by saying that the opinions of the Prophet

on worldly matters might have been wrong and that some of the Sharee‘ah rulings that he conveyed to us were actually based on his personal Ijtihaad that might have been right or wrong as well! This is a false claim and groundless misconception, and this is why Allah, The Exalted, Says (what means): {Nor does he speak from [his own] inclination.* It is not but a revelation revealed.} [Quran 53:3-4] Al-Baghawi

said: “It means that he never spoke falsehood.” As-Sa‘di

said: “It means that his speech does not emanate from his personal inclination but rather followed the guidance and Taqwa that Allah has revealed to him with regard to his own affairs and those of others. This indicates that the Sunnah is part of the divine revelation from Allah to His Messenger

. He Says (what means): {And Allah has revealed to you the Book and wisdom…} [Quran 4:113] (Wisdom here is a reference to the Sunnah). It also indicates that he was infallible with regard to what he conveyed from Allah, The Exalted, and His Sharee‘ah because he did not speak from personal inclination but rather from a revelation revealed. Allah, The Exalted, Says (what means): {And whatever the Messenger has given you – take; and what he has forbidden you – refrain from.} [Quran 59:7] Ibn Katheer

said: “It means that whatever he commanded you to do, do it, and whatever he forbade you from doing, avoid it; for he only commands you to do what is good, and he only forbids you from what is evil.” The Prophet

said: “I have left you with that which, if you hold on to it, you will never go astray; the Book of Allah and the Sunnah Of His Prophet.” [Al-Haakim, Al-Albaani: authentic] The Prophetic Sunnah is the rescue ship and the key to deliverance; whoever boards it will be saved, and whoever fails to do so will drown. Az-Zuhri

said: “Our early scholars used to say, ‘Adherence to the Sunnah is salvation.’” Maalik

said: “The Sunnah is (like) Noah’s Ark; whoever boards it survives, and whoever fails to do so drowns.” Obviously, his saying, “You are more knowledgeable of your own worldly affairs,” does not apply to the religious matters, Sharee‘ah, obligations, and prohibitions. It rather means: ‘You, who artificially pollinate palm trees, and others like you who practice different professions in industry, agriculture, and the various crafts, are more knowledgeable of your (respective) areas of specialization than me.’ Al-Munaawi

said in Fat-h Al-Qadeer: “It means that you know about your worldly affairs more than I do, and I know about the affairs of your afterlife more than you do; because the Prophets and Messengers were sent to save people from wretchedness in the Hereafter and help them win eternal bliss.”