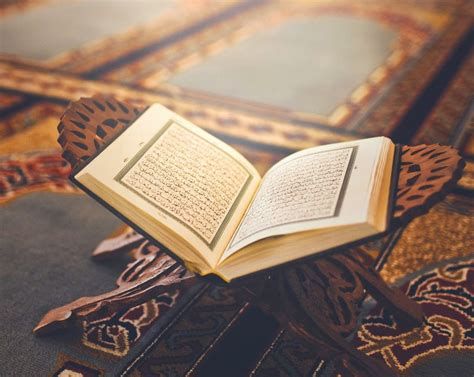 To understand the essence of Islam is to understand the very essence of humanity. More than a religion, Islam is a complete and comprehensive way of life leading to a balanced way of living. Islam brings civilization and happiness to man. Islamic principles and teachings can provide realistic, fair and objective solutions to the prevention of individual, familial, social and international problems which are threatening the existence of human communities throughout the world.

A spiritual belief that does not deal with social behavior, economic relations and international organizations is as erroneous as the social doctrine that does not consider spiritual belief, morality and behavior. Such social doctrines are abortive attempts, incapable of total human guidance or of achieving any coherence or accord among human beings.

Both the individual and the society are in dire need of a belief that accommodates and directs all their vital activities towards construction and growth. When the individual and society adopt such a belief and apply it to life, humanity can accomplish seemingly miraculous achievements which can only occur when man unites himself with the Eternal Power that channels his personality -potential in the right direction.

History has shown that Islam is unique in its ability to provide guidance for the entire range of human activity. It does not separate spiritual and secular life as unrelated entities.

Islam integrates all domains of human life, just like the different systems in the human body integrate to provide a complete human being. If one system does not work properly, it has got to affect the whole body. Likewise, Islam proposes systems of laws that integrate all parts of human society to bring happiness and peace to all its members. There is no other way or system that urges the active worship of Allah in its general and most comprehensive sense other than Islam. Fox example, Islam teaches that Muslims should fast for a month every year (i.e. Ramadan) in order to acquire piety and self-discipline and to develop awareness of the needs and problems of others who are starving or are in desperate need of food. Such an awareness of the needs of others is not enough on its own. Therefore, Zakah (obligatory charity) is prescribed to be distributed among the segments of society that are in need of individual and communal assistance.

A very important universal concept in Islam is “Ummah” (Nation). Ummah transcends all limitations implied by the term ‘nation’ by encompassing all people regardless of race, color, or sex. Allah emphasized this great Islamic principle in the verse (which means);

"Mankind was [of] one religion [before their deviation]; then Allah sent the prophets as bringers of good tidings and warners and sent down with them the Scripture in truth to judge between the people concerning that in which they differed. And none differed over it [i.e. Scripture] except those who were given it-after the clear proofs came to them-out of jealous animosity among themselves. And Allah guided those who believed to the truth concerning that over which they had differed, by His permission. And Allah guides whom He wills to a straight path." [Quran 2:2 13]

Moreover, Islam has a unique understanding for the concept of Ummah. Ummah is the field for knowledge, ethics, government and positivism. Ummah in Islam is a system in which people integrate, even if they belong to different belief systems. It is a system of universal justice and peace that accommodates everyone who believes in freedom of thinking and in calling people to the truth-whether they are individuals or communities.

Indeed, Ummah in Islam is an apparatus which is more advanced than that developed by the West, the UN., or those apparatuses established by the American-European block merely to bring about a “new world order,” but which in reality often are geared only to maintain Western control over Third World human and material resources.

proposed a constitution for the city of Madeenah during the first days of his emigration from Makkah. He

included the rights of both Jews and Christians, thereby safeguarding their freedom and beliefs. History has never known a constitution that represented minorities as this constitution of the Islamic state did. Ummah as an Islamic concept will, Allah willing, bring the advent of universal peace as well as an internal social system. Ummah is the field-ground for civilization to take place. Such an Ummah can be integrated and united, if it derives its doctrines, constitutions, morals, values and the whole perspective of life from the same united source: belief in the only true Allah. This is known as the concept of Tawheed (Monotheism).

The value systems of Western societies will continue to collapse, since they are built on shifting grounds. The Sunday Times of London, in its September 1994 issue, reported about a revolt by women against the values prevailing in Britain: ‘‘British women seek new morality in its religious affairs” correspondent Lesley Thomas stated.

According to the report, this is not the case of British women who are favoring Islam. “Thousands of British women are becoming Muslims in a trend that baffles feminists and causes concern to Christians.” The report continues that “of the estimated 10,000 British converts to Islam over the past decade, most are single, educated women, doctors, college lecturers and lawyers.” The educated in the west are beginning to see that the “full” life is found only in Islam, the universal religion.

And what about the present day Muslim world? Unfortunately, some “educated” Muslims now pay only “lip-service” to Islam. They think that Islam is a slogan to be raised or a word to be uttered. Islam is the way of life that should be implemented in all spheres of life. These hypocrites have forgottenthat Allah dislikes those who brag about things that they do not practice. When man’s deeds are not commensurate with their words, their conduct is odious in the sight of Allah.

May Allah let the Muslim World never forget that Islam provides a complete and comprehensive way of life. Islam creates harmony in the mind, the soul and the body in a marvelous way. The need for Islam emerges from the humanity’s search for a constitution that provides guidance and satisfaction in all spheres of life. It is a code of life that is not limited to partial needs, but rather a way of life that penetrates all barriers to interact with people’s needs in this life and beyond. It is a way of life where there is no discrimination between what is sacred and what is secular.

Islam is unique among the religions and civilizations the world has known. In contrast to the other religions of the world, Islam defines religion itself as the very business of life, the very matter of space-time, the very process of history, and the gift of Allah. Therefore, all these work together to constitute them.

Islam is a divine guidance wherein humans of all nations, colors and tongues feel linked to a Supreme Power and Justice. Its teachings are kept intact and authentic. It is the only way to happiness, dignity, and universal peace. Islam is so unique in its method for solving the problems of humanity. I can say with confidence that the twenty first century will be the century of Islam. The everlasting miracle of Islam, THE QURAN, is a standing challenge to the intellect of all peoples at all times. In Islam’s four abiding principles - equality, tolerance, promotion of science, and solution to the world’s problems - its universality asserts itself. It calls to all mankind, if only mankind will listen.

"Then do they not reflect upon the Quran? If it had been from [any] other than Allah, they would have found within it much contradiction." [Quran 4:82]