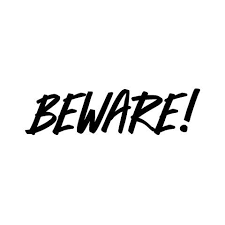 We all know that advertising is a means of communication to promote a product or service through a paid specialized agency. Previously, advertisements had limited reach as advertisers had only a few media channels at their disposal: newspapers, radio, or television, but now the emergence of new media, represented in computers, the Internet, and social networks, made it super easy to extend the reach of advertisements to all people, young and old. Therefore, companies turned to social media networks, especially Snapchat and Instagram, because of their far-reaching nature, being accessible to a large segment of society with many shared interests. This made it quite easy for the advertisements to reach the targeted audience with the least effort and time possible. But the companies did not settle for advertising their products and services on their social media accounts; they sought the services of celebrities, who have a huge following and can significantly boost the advertisement reach. They were not discouraged by the high fees celebrities demand for this service because they know well that the profits would be much greater given their huge number of followers. However, sometimes the advertised product is harmful, and some celebrities only care about the money they make rather than honesty and integrity.

The Importance of Advertising

Advertising helps improve the economic situation of a company by enhancing the purchasing motive in consumers, increasing the production volume, and influencing consumers buying behavior by promoting the product and emphasizing its quality to increase their desire to buy it. Advertising also increases investments and raises the individual and national incomes.

Advertisements influence people’s way of thinking and convince them to buy a product by promoting persuasive information about it and facilitating the provision of products and services to people at the lowest prices and in the easiest manner.

There are many techniques used in advertising that indirectly influence your purchasing decision, including the following:

1) Celebrity Endorsement: we find that most advertisements nowadays are broadcast and promoted by celebrities such as “fashionistas,” singers and actresses, because they have a large audience in the society. They advertise various products, including the endorsement of restaurants which has recently been on the rise. However, such advertisements caused some of the diseases that are prevalent nowadays, as indicated by Consultant Gastroenterologist ‘Aadil ‘Abdul-‘Azeez. He stated that the increase of fast-food advertising and food promotions were responsible for the high rates of obesity, which in turn leads to diabetes. Moreover, fast foods are high in fat which links them to serious health problems.

2) Frequency and repetition: it is noticeable that the same product may be repeatedly advertised by many celebrities, which influences the consumers, persuading them that it is the ideal product that would fulfil their needs and thus prompt them to rush to buy it.

3) Catchy slogans: advertisers choose catchy slogans to promote a product to enhance people’s desire to buy it. An example is toothpaste advertisements wherein the slogan “Fresh Breath” is repeated, because the consumer cares more about having a good breath than about his health.

4) Exploration of consumers’ needs: Most companies try to develop what the consumer needs.

5) Specialist recommendations and the use of scientific studies: for instance, a famous doctor advertised a drug, claiming that it helped people lose weight because it converted fats into muscles. However, this claim was later disproved by another doctor based on scientific studies that proved that fats cannot be converted into muscles. This shows how dangerous advertisements can be, especially when they feature doctors.

How to Deal with Celebrity-Endorsed Advertisements?

You have to be mindful when choosing the celebrities whom you follow on social media, and you should unfollow those from whom you get no real benefit. You should have a clear objective and adhere to sound moral values ​​when you use social media lest you fall prey to harmful advertisements. Whenever you come across a fake advertisement, you should report it to the concerned authorities.

The concerned authorities should closely monitor celebrities’ accounts on social media and allow them to post advertisements only after obtaining the required licenses and after verifying the quality of the product, so that their endorsements should not be used as fraudulent means to deceive their followers.