Calling to Islam - the duty of every Muslim 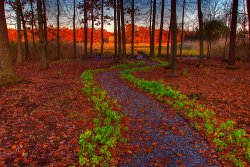 The position of the Muslim Ummah (Nation), in this respect, is clear in the Quran, where Allah states (what means): {You are the best nation produced [as an example] for mankind. You enjoin what is right and forbid what is wrong…} [Quran: 3:110]

Thus, Allah Almighty has honoured this Muslim Ummah by appointing it to share in the noble cause of its Prophet

Hence, the truth emerges clearly that to enjoin what is right and forbid what is wrong constitutes a fundamental difference between a believer and a hypocrite, who pretends to be a believer when he is quite the reverse. Consequently, all members of the Muslim Ummah, men and women alike, are individually responsible to further the cause of Islam with the zeal, determination and sense of sacrifice of the Prophet

That the companions did their utmost, individually and collectively, to convey the light of Islam to all people, even outside the Arabian Peninsula, is demonstrated by the lengthy and dangerous journeys they took, reaching the Atlantic Ocean in the west and the Great Wall of China in the East. Countless distinguished companions breathed their last in faraway and foreign lands preaching Islam, for which their sacrifices knew no bounds.

At this point some commonplace misconceptions ought to be cleared. To call all peoples of the world to Allah is the duty of every responsible and conscientious Muslim. Since there is no priesthood in Islam or sacerdotal class among Muslims, the duty of the call to Allah (Da'awah) cannot be transferred to an ill-conceived and imaginary group called the 'men of religion.' In Islam everyone is a man of religion and every man will be accountable to Allah as to whether he fulfilled his obligations sincerely and to the best of his abilities or not. The following verse of the Quran should be very enlightening in this respect; Allah Says (what means): “Say: 'This is my way; I invite to Allah with insight, I and those who follow me. And exalted is Allah; and I am not of those who associate others with Him.'} [Quran: 12:108]

Thus, anyone who rightly claims to be a follower of the Prophet

cannot evade his duty to call people to Allah.

The following prophetic traditions amply elucidate this point: “Let those who witness inform those who are absent.” [Al-Bukhari] The word 'witness' here is taken to mean anyone who possesses some Islamic knowledge. The Prophet

is also reported to have said: “Preach on my behalf, even with just one verse (i.e. verse of the Quran).”

Therefore, one need not be a profound scholar or a great jurist to call others to Islam. No doubt a person well-versed in Islamic sciences would be able to speak more authoritatively and would be talented to explain matters of religion to the minute details. However, a high level of scholarship is not a prerequisite to call others to Islam. Everyone’s effort has a definite gap to fill. A Muslim scholar will address his counterpart with a refined style and scholarly content, while a Muslim layman will have to reason with his equals in practical terms, each having a role complementary to the others.

Every individual of the Muslim Ummah is obliged to be actively engaged in whatever way he can to guide people to the right path and support, morally as well as materially, those who labour to discharge this responsibility. A common misconception that found appeal even among earlier Muslim generations and which still lingers on to this day stems from failure to comprehend the meaning of the following Quranic verse in the proper context. In this verse Allah Says (what means): {O you who have believed! Upon you is [responsibility for] yourselves. Those who have gone astray will not harm you when you have been guided...} [Quran: 5:105]

In all honesty and fairness, the above verse does not connote, by any stretch of imagination, that a so-called pious or saintly person may absolve himself of the responsibility to call mankind to truth simply by thinking that evil would not knock at his door, on account of his being pure and peaceful. Regardless of how pious one may appear to be, he can never equal the Prophet

or excel his companions

in their moral perfection, sincerity of worship and religious devotion.

None of the Prophet's companions

ever dreamt of resigning from the noble task of inviting the nations of the east and the west to eternal bliss and salvation offered by Allah through Islam. It was precisely to correct this wrong notion about the aforementioned verse that Abu Bakr

issued the following warning: “O people! Indeed you read this exalted verse and put it in a place other than its own. Whereas I heard the Apostle of Allah

saying: "Indeed, if people see a cruel person and they do not restrain him, Allah may punish all of them."”

The Ansar (People of Madeenah those who believed and supported Prophet

) had gone through great material sacrifices in support of the Islamic cause. When Allah granted victory to the Muslims after their long struggles against the polytheists and they conquered Makkah, some of the Ansar felt satisfied. Now that Allah had bestowed His favour upon the believers and had crowned their noble efforts with a glorious and decisive victory over their opponents, they thought it justified for themselves to return to their much neglected trades and palm groves. Thereupon, Allah the Most High, revealed the following verse (which means): {…And do not throw [yourselves] with your [own] hands into destruction…} [Quran 2:195]

Which clearly meant that a believer would be exposed to the gravest danger if he were to abandon the struggle in the way of Allah and confine himself to routine Islamic duties such as Salaat (The five-time scheduled prayers of every day), Sawm (fasting), Zakat (alms-giving), and the Hajj (pilgrimage to Makkah). Abu Ayyoob Al-Ansari

was among the distinguished Companions. According to some sources, he was one hundred and ten (110) years old when he participated in the first Muslim siege of Constantinople (Istanbul) where he died a martyr. Considering his old age, his younger friends would sometimes recommend him to rest for a while, to which he would reply: “Are you telling me to throw myself into destruction?”