The weakness of Muslims: The causes and the cure 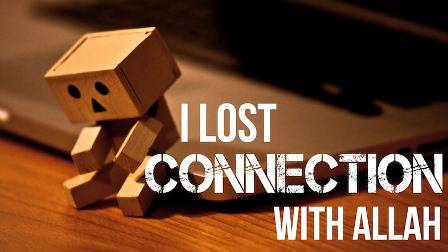 Allah Almighty has promised victory for this Ummah (Muslim nation), even if it be after a long stretch of time. Unfortunately, the Ummah today is passing through a bitter state of division, discord and weakness, incurring regress and humiliation, so much so that the heart of any Muslim is painfully affected. But this should not cause us to forget Allah’s firm promise that victory and success on the earth will certainly be granted to His worshippers.

Consider how this great religion brought many different people together: The Prophet Muhammad

was an Arab, Bilal an Abyssinian, Suhayb a Roman and Salman a Persian

. Even today, many people leave the beliefs of their religion, be it idol-worship, Judaism or Christianity, to come to Allah’s religion of Islam.

If Muslims reflect upon this and understand that whatever division faces them, whether of class, race, or partisanship, etc., if they consider the reality of Islam and how it unifies all people, they will overcome all of these causes for weakness. This issue is in itself enough to bring the Ummah back to the great position of glory which it enjoyed during the era of the Prophet

. We ask Allah to keep us upon His faith until we die.

This verse was revealed as an address to a group of people who were once idolaters but then embraced Islam. Similarly, many of us may have lived as idolaters in a life-style similar to that of the Jahileeyyah (pre-Islamic period of ignorance) before Allah conferred His great favour upon us, showing us the truth and allowing us to leave disbelief and come to the light of the true faith. Almighty Allah saved us by making us hate the disbelief and disobedience that we previously adhered to.

Even though we are a weakened nation, Allah has conferred a great favour upon us; our existence instils tremendous fear in the hearts of the disbelievers. They spend their nights unable to rest simply because of the great fear that they have of the Muslims, despite our weakness. This is not because they are unaware of the religion of Islam, certainly not, because as Allah Says (what means): {And they rejected them [i.e., Allah's signs], while their [inner] selves were convinced thereof...} [Quran: 27:14]

And Allah clarify vividly what means: {Those to whom We gave the Scripture know him as they know their own sons. But indeed, a party of them conceals the truth while they know [it].} [Quran: 2:146]

Here, Allah is referring to the Jewish Rabbis who easily recognised that the Prophethood of Muhammad

was genuine just as easily as they could distinguish their own sons from other children. They refused the faith of Islam only because they had dedicated their lives to worldly affairs. They found it inconceivable that they would have to leave their lofty positions. All of this denial leads us to ponder over the cause of our present weakness and division.

For instance, many people think that our weakness is a result of lack of technology, because we do not possess the scientific knowledge to produce materials or to develop agriculture as other nations do. They may state that the reason for our weakness is the lack of human resources, our backwardness, and our small numbers. Many mistakenly analyse our weakness from this perspective, blaming it on lack of technology, insufficient material wealth, or poor human resources. But, in reality, this type of analysis is short-sighted.

The true cause for the weakness of the Ummah is much greater than any of these reasons. It is not a secular cause but a religious reality, that is, we have not applied our religion as Allah has demanded from us, for He clearly Says in His Book, (what means): {Is not Allah sufficient for His servant?...} [Quran: 39:36] Allah addresses every single Muslim with this verse. He has given us our lives, sustenance, and all the essentials for our existence to continue according to His decree. If people truly deserved such blessings, then they would understand the importance of this verse.

One of the main causes of the weakness of the Ummah is its laziness and laxity in applying the religion of Islam, which results from it having an inferiority complex. This weakness causes a Muslim to sense his own laxity in applying Islam in the manner which Allah orders him to. Many Muslims feel that it is sufficient that they are born into Muslim families, saying, for example: 'Al-Hamdu lillah (All praise is due to Allah), my father and mother are Muslims, and that is enough for me.' Or, on the other hand, they may say they are pleased with their traditional Muslim names such as Muhammad, Ahmad, ‘Abdullah, ‘Abdur-rahman, etc., and that is enough. Is this the submission that Allah demands of us? Is this what Allah wants from us?

We must understand that Islam is not simply possessing a Muslim name or being born to Muslim parents, or saying that one comes from a certain part of the world. Rather, Islam is a way of life, a methodology for living, not only dealing with religious matters but addressing one’s conceptual outlook on worldly matters as well.

Unfortunately, when some Muslims come to understand this point, they become overly excited and exclaim: “Al-Hamdu lillah (All praise is due to Allah)! Allah has saved us from the Hellfire by making us Muslims.” They have some understanding of what the religion means, but they are people who hide their Islam and do not want it to be known that they are Muslims, unlike the disbelievers and the pagans who are proud to belong to a certain nation, social classification or religion - proud of the principles that they believe in. It is strange that some Muslims, due to their religious weakness and weak understanding of Islam, and their own personalities, hide the fact that they are Muslims. They feel embarrassed that they are Muslims; they don’t want anyone to know that they belong to this religion. The Prophet

said: “There are three qualities by which he who is characterised (with them) will taste the sweetness of faith: that Allah and His Messenger are more beloved to him than anything else; that he loves a person purely for the sake of Allah; and that he hates returning to disbelief after Allah has rescued him from it, just as he would hate being cast into the Hellfire.” [Al-Bukhari and Muslim]

Why is that? Because he has realised the greatness of his faith and the great favour which Allah has conferred upon him by guiding him to Islam. Had it not been for the guidance of Allah, he would never have been a Muslim. When a Muslim feels this, he becomes proud of the fact that he is a Muslim and then begins to apply Allah’s commandments in his life. This feeling in his heart reflects upon his limbs and his entire body. He is the opposite of the other Muslims who feel shy about their religion and, unfortunately, do not understand what it means to be a Muslim. So, due to their weakness of faith, they tend to shy away from acknowledging that they are Muslims.