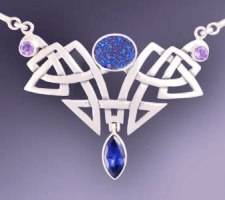 Islam has legislated the giving of the dower by the husband to the wife in order to please the woman’s heart and to honour her. It is also meant to bring an end to what was done in the Days of Ignorance wherein she was wronged, exploited, despised and robbed of her wealth. The dower is a right exclusively for the wife. It is her possession and none of her guardians or relatives may share any part of it. No one has any power over her concerning how she wishes to dispose of it, as long as she does so in a legally acceptable manner. She may give it away as a gift, she may lend it to others or she may give it in charity or do any other permissible acts she wishes with it.

The dower was instituted because the goal of marriage is not the actual act of the marriage contract in itself. In fact, the actual purpose of marriage cannot be achieved unless the spouses stay in a state of marriage. However, that may not be achieved unless the dower is an obligation at the time of the marriage contract itself. In this case, when there come times that may lead the man to divorce his wife, such as estrangement or coarse behaviour, the husband would not be willing to divorce his wife due to just the slightest act of rudeness that occurs. If it were not for the dower that was required due to the contract itself, it would be very easy for him to leave her.

Therefore, the goals of marriage would not be met as the goals and benefits of marriage are only met when the two are in accord and agreement with one another but that accord will not come about unless the woman is something honoured and special to the husband. But such honour will not come about unless he had to give up something important to him. This is because what is most difficult to achieve is most special to the person. Therefore, if the wife is not something special in the eyes of the husband, then he will dispose of her at the first sign of unhappiness, the accord will not occur and the purposes of marriage will not be achieved.

What we see happening in some European countries, and indeed some Muslim countries, is very strange indeed. This is where the woman is required to furnish a dowry or provide the furniture for their future house. This is definitely turning the natural order of things upside down and goes against the nature of mankind. It leads to a great deal of social ills and behavioural harm. It is a means by which the woman is despised and belittled. Indeed, she is ruined because of it. If the woman is not able to gather enough wealth together for marriage, she will not be able to get married and, instead, will have boyfriends and affairs, and other evil results.

Such a practice contains a great deal of evil and harm for the society; this practice may even bring about society’s end soon. There is a great difference between the case where the woman feels that she and what she possesses belong to her husband and where she feels that she is something desired and honoured, as the fiancé spends money on her and gives her presents and so on to get her as his wife.

One regrettable aspect of dowry-giving in recent times is that it is becoming more and more a matter of ostentation. Nothing could be more un-Islamic in motivation than this. Even the practice of performing a marriage quietly, without any flamboyant display of wealth, but subsequently giving a lavish dowry to enable the bride to set up her home is contrary to Islamic practice. It was certainly not the Sunnah of the Prophet

was his favourite daughter, but he

neither gave her a lavish dowry nor did he

send things to her home after the wedding, and even when she

made a request to him for something of a material nature, he only gave her the benefit of his counsel.

Islam has successfully maintained an even balance in society between men and women by giving its unequivocal endorsement to a practical division of labour, whereby women are placed in charge of the internal arrangement of the household, while men are responsible for its financing. The home is thus organised on the pattern of a microcosmic estate, with the man in a position of authority. The Quran is specified on this issue; Allah Says (what means): “Men are in charge of women by [right of] what [qualities] Allah has given one over the other and what they spend [in support] from their wealth. So righteous women are devoutly obedient, guarding in [the husband's] absence what Allah would have them guard…” [Quran 4:34]

For largely biological reasons, women are well adapted to domestic pursuits while men, for similar reasons, are better suited to endure outside the home. These physical and mental differences between men and women are, in practice, what underlay Islam’s division of familial responsibilities into internal and external spheres, with the woman dealing exclusively with the home and family and the man providing the funds.

At the time of the marriage, the groom hands over to the bride a sum of money called Mahr (dower) which is a token of his willing acceptance of the responsibility of bearing all necessary expenses of his wife. This is the original meaning of Mahr, although this custom has come to have different connotations in modern times.

There are two ways of presenting the Mahr to the bride. One is to hand it over at the time of the marriage, in which case it is known as Mahr Mu’ajjal, or promptly given dower. During the time of the Prophet

and his companions, Mahr Mu’ajjal was the accepted practice and the amount fixed was generally quite minimal. The giving of Mahr by ‘Ali to Fatimah

who was the Prophet’s daughter, is an illustration of how this custom was respected. After the marriage had been arranged, the Prophet

if he had anything he could give as dower in order to make Fatimah his lawfully wedded wife. ‘Ali

replied: "I swear by Allah that I have nothing, O Messenger of Allah.” The Prophet

then asked: “Where is the coat of armour I once gave you?” ‘Ali

replied that it was still in his possession. The Prophet

then instructed him to send the coat of armour to Fatimah

thereby making his union lawful. This then was the sum total of Fatimah’s