Stages of the Revelation of the Quran 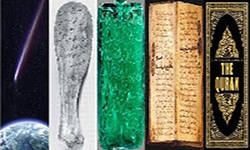 Essential to learning the history of the Quran is the study of the stages of its revelation, which is usually referred to by the term "'Tanzeel' of the Quran", literally, the descent or the 'sending down' of the Quran from the Heavens to the Earth. Some of the aspects to be discussed in relationship to this would be the meaning of the 'Tanzeel' and why it happened in stages, what was revealed first and what was revealed last, and the significance of understanding the sequence in revealing the different parts of the Quran, among others.

Certainly, the study of the 'Tanzeel' of the Quran is one of the most important aspects of the Sciences of the Quran, because it is related to the beginning of the last revelation, and to being certain of its descent from Allah, which is the foundation of believing in the Quran as the Word of Allah that came from Him, as well as in the truthfulness of the Message of Prophet Muhammad

The Meaning of 'Tanzeel'

Lexically, the term 'Tanzeel' is derived from the Arabic root 'Nuzool', which means the descent or the movement from a high place down to a lower one. This is exactly what happened in the process of revelation where the Angel Jibreel (Gabriel) used to come down from the Heavens with a varying number of verses of the Quran to deliver to Prophet Muhammad

. The exact nature of this 'Nuzool' and how Jibreel actually brought the Quran with him are matters of the unseen, the details of which Allah chose not to clarify for us, perhaps because they involve matters that may be very difficult for humans to imagine or grasp. What we should understand is that this 'Nuzool' happened in a fashion that is befitting to the greatness and sacredness of the Word of Allah. Allah Almighty Says about the Holy Quran (what means): “ (It is) a Quran which We have divided (into parts from time to time), in order that thou (O Muhammad) might recite it to people at intervals: We have revealed it by stages (in 23 years).” [Quran 17:106]

The Quran was revealed in two stages:

Then it tells of the fact that it was sent down during a specific night, in the verse (which means): “By the Book that makes things clear; - We sent it down during a Blessed Night: for We (ever) wish to warn (against Evil). In the (Night) is made distinct every affair of wisdom.” [Quran 44:2-4]

These two verses indicate that the Quran was revealed in a single blessed night in the month of Ramadan that is called the 'Night of Power, or Decree'.

This stage of revelation lasted for about 23 years in which the Quran was sent down in response to the development of events and in accordance with the sequence needed to complete the delivery of the Message.

after receiving revelation, would automatically memorize the Quranic verses that were revealed to him and would recite them to whomever was in his company, and order them (the Companions may Allah be pleased with them) to write them down immediately. The Messenger

himself used to keep a copy of the revealed portions in his house. The Quran, the last of Allah’s Scriptures, is divided into 114 'Surahs' (Chapters) of unequal length. It is the first fundamental source of Islamic Sharee’ah (Islamic Law). Allah, Most High, Says (what means): “… A Quran which We have given seriatim (separated out) in order that you may recite it to the people at intervals and We have caused it to come down successively (by stages).” [Quran 17:106]

But verse 6:7 observes (what means): “If We had sent unto you (O Muhammad) a written (message) on parchment, so that they could touch it with their hands, the unbelievers would have been sure to say: “This is nothing but obvious magic.’” [Quran 6:7]

Recording cynical speeches of the unbelievers, Almighty Allah Says (what means): “Why has the Quran not been vouchsafed to him (Muhammad) in one single whole?” [Quran 25:32]

And the answer to that is the verse (which means): “…that your heart (O Muhammad) may be strengthened, We have rehearsed it to you in slow, well-arranged stages, gradually.” [Quran 25:32]

There is no nation that has ever cared about, revered, and preserved its Divine Scripture as the Muslim nation has cared about, revered and preserved the Quran. Unlike the other Divine Scriptures, the Quran is not kept in the hands of a particular group or elite of the Muslims, and for this reason, it is not subject to suspicion that it might have been tampered with or altered. Rather, it has always been within the reach of all Muslims. 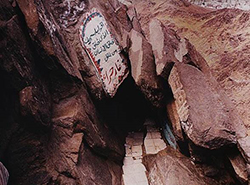