Whom one is allowed to marry 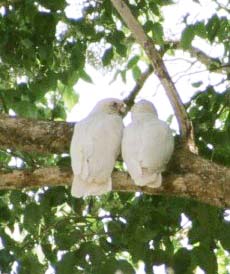 Marriage is the most essential social bond that maintains human society. It is the key step to establishing a family, which is the nucleus of society. Since the ultimate goal of creating human beings is to worship Allah Almighty, a Muslim has to look at marriage as a means of 'producing' human beings who will be future worshippers of Allah, which is a religious commitment, apart from being a physical, social and psychological need.

When planning for marriage, one has to ask himself who he should marry. Allah mentions most of the categories of women involved in this question in the following verses, (which means): "And do not marry those [women] whom your fathers married, except what has already occurred. Indeed, it was an immorality and hateful [to Allah] and was evil as a way. Prohibited to you [for marriage] are your mothers, your daughters, your sisters, your father’s sisters, your mother’s sisters, your brother’s daughters, your sister’s daughters, your [milk] mothers who nursed you, your sisters through nursing, your wives’ mothers, and your step daughters under your guardianship [born] of your wives unto whom you have gone in. But if you have not gone in unto them, there is no sin upon you. And [also prohibited are] the wives of your sons who are from your [own] loins, and that you take [in marriage] two sisters simultaneously, except for what has already occurred. Indeed, Allah is ever Forgiving and Merciful. And [also prohibited to you are all] married women except those your right hands possess [i.e., slaves or war-captives who had polytheistic husbands]. [This is] the decree of Allah upon you. And lawful to you are [all others] beyond these, [provided] that you seek them [in marriage] with [gifts from] your property, desiring chastity, not unlawful sexual intercourse..." [Quran 4:22-24]

Those who are Permanently Forbidden in Marriage

This category includes those whom one is forbidden to marry due to a blood relationship as well as those who are forbidden due to marital relations:

Those Permanently Forbidden due to Blood Relations

One may notice that of these, the grandmother was not explicitly mentioned in the verse.  This is because frequently in Arabic and in the Quran (as in some of the verses on inheritance), the term 'mother' includes the grandmother and all her ascendants.

Those Permanently Forbidden due to Marital Relations

Those Permanently Forbidden due to Breast Feeding

The verse actually mentions 'mothers' and 'sisters' by breast feeding.  From these two, others can be derived based on the Hadeeth (narration) of the Prophet

(may Allah exalt his mention): "Breast feeding makes forbidden what is forbidden through blood relations." [Muslim]

was asked to marry the daughter of his uncle Hamzah, may Allah be pleased with him, but his response was to say: "She is not permissible for me.  She is the daughter of my brother through breastfeeding.  And breastfeeding forbids what is forbidden through blood relations." [Al-Bukhari & Muslim]

The brother of a woman who had breastfed 'Aa'ishah, may Allah be pleased with her, came to visit her. She refused to let him in until she asked the Prophet

if it was permissible to do so, and he said: "Give him permission, for he is our uncle." [Al-Bukhari & Muslim]

The Minimum Requirement for Breast Feeding

There is a wide variety of opinions on how many 'sessions' of breastfeeding create the prohibition including one, three, five, seven and ten sessions.  A common opinion is that the child must have nursed on three separate occasions; this is based on the Hadeeth: "The prohibition is not established by one suck or two."

The strongest opinion is that of Imaams Maalik and Abu Haneefah

and 'Ali bin Abu Taalib, 'Abdullaah bin 'Umar, and 'Abdullaah bin 'Abbaas, may Allah be pleased with them, and others, which is that a single session is sufficient.  This is the strongest opinion because it is consistent with the apparent meaning of the word Ridhaa'ah (breastfeeding) in the above-mentioned verses as well as the related Hadeeths; also, the above Hadeeth could be easily taken to refer to 'sucks' and not 'sessions.' So, in other words, if the baby merely sucks once or twice, it does not count unless the baby completes the 'session', drinking to satisfaction.

Women Included in this Category

:  "The relatives of the child that is nursed, except for his/her children, have no relation to the breastfeeding mother [or her husband] and there is no effect on them from that nursing. So, it is allowed for a boy's blood brother to marry his brother's wet nurse or her daughters. However, the children of the child who was nursed will become like the children of the wet nurse and her husband in the same way that their father (the one originally nursed) was a 'child' (by nursing) to those two."

Those Forbidden for Temporary Reasons

The second category of women a man is forbidden to marry consists of those forbidden for temporary reasons. If the reason ceases to exist, marriage between them becomes lawful. They include the following: