The healing of honey 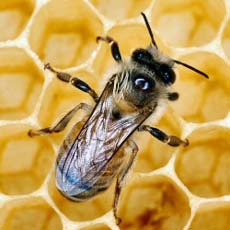 More than 1,400 years ago, Allah All-Mighty told us through His Messenger

that honey can heal a variety of medical problems.

Honey is a remarkable viscous liquid, prepared by bees from nectars of various plants. It has occupied a prominent place in traditional medicines throughout history. The ancient Egyptians, Assyrians, Chinese, Greeks and Romans employed honey for different diseases.
The Noble Quran and many Prophetic narrations refer to honey a great healer of disease and a nutritious food as well.
Allah, Almighty, Says (what means): "And your Lord inspired the bee, saying: ‘Take you habitations in the mountains and in the trees and in what they erect. Then, eat of all fruits, and follow the ways of your Lord made easy (for you).’ There comes forth from their bellies, a drink of varying color wherein is healing for men. Verily, in this is indeed a sign for people who think." [Quran; 16: 68-69]
Abu Sa’eed Al-Khudri, may Allah be pleased with him, related that a man came to the Prophet

and said: "My brother has some abdominal trouble." The Prophet

said to him "Let him drink honey." The man returned to the Prophet

and said: “O Messenger of Allah! I let him drink honey, but it caused him more pain.” The Prophet

said to him: “Go and let him drink honey!” The man went and let his brother drink honey, then returned back and said: “O Messenger of Allah, it did not cause him except more pains.” The Prophet

then said: "Allah has said the truth, but your brother's abdomen has told a lie. Let him drink honey." So he made him drink honey and he was cured. [Al-Bukhari and Muslim]
The Prophet

also said: "Make use of the two remedies: honey and the Quran." [At-Tirmithi, Ibn Maajah and Al-Bayhaqi] Modern medicine is only just learning of this fact.
Benefits of honey:
1.      Alleviates inflammation of cornea if used locally on the eye.
2.      An antibiotic if used locally in situations of wounds and burns, and it is used for healing of wounds:
·        In case of wounds, honey absorbs moisture from the air, facilitates healing process and prevents scarring. This is because honey stimulates the growth of epithelial cells that form the new skin cover. In this way, honey may eliminate the need for tissue transplantation.
·        Honey stimulates the re-growth of tissue involved in the healing process. It stimulates the formation of new blood capillaries and the growth of fibroblasts that replace the connective tissue of the deeper layer of the skin and produce the collagen fibers that give strength to the repair.
·        Honey has an anti-inflammatory action, which reduces the swelling around a wound. This improves circulation and thus hastens the healing process.
·        Honey does not stick to the underlying wound tissues, so there is no tearing away of newly formed tissue, and no pain, when dressings are changed.
·        Thanks to its antimicrobial property, honey provides a protective barrier to prevent wounds becoming infected. It also rapidly clears any existing infection from wounds. It is fully effective, even with antibiotic-resistant strains of bacteria.
·        Some studies showed that honey is a good treatment against the hospital infection bacteria "superbugs" (MRSA.)
3.      As honey does not accommodate bacteria, this bactericide (bacteria-killing) property of honey is named "the inhibition effect." There are various reasons of this anti-microbial property of the honey. Some examples are: the high sugar content that limits the amount of water microorganisms need for growth, its high acidity (low pH) and composition which deprive bacteria from nitrogen necessary for reproduction. The existence of hydrogen peroxide as well as antioxidants in the honey prevent bacteria growth.
4.      Antioxidant: Those are the components in cells that get rid of harmful byproducts of normal metabolic functions. These elements inhibit destructive chemical reactions that cause spoilage of food and many chronic illnesses. Researchers believe food products rich in antioxidants may prevent heart problems and cancer. Strong antioxidants are present in honey: Pinocembrin, pinobaxin, chrisin and galagin. Pinocembrin is an antioxidant that merely exists in the honey.
5.      A treatment for gastric and duodenal ulcers, as honey decreases the secretion of hydrochloric acid to a normal rate, thus helping to heal such ulcers and alleviate the related pains and reduce resultant cases of vomiting and colic. For the treatment to be effective, honey should be taken dissolved in warm water one or two hours before meals.
6.      A treatment for involuntary urination at beds. So, if the child is given one small spoon of honey before sleeping, this will have a positive effect, as honey is sedative for the nervous system, thus helping the cyst to relax and expand during sleep.
7.      It supports blood formation: Honey provides an important part of the energy needed by the body for blood formation. It helps in cleansing the blood. It has some positive effects in regulating and facilitating blood circulation. It also functions as a protection against capillary problems and arteriosclerosis.
8.      A treatment for colds, flu and pharyngitis.
9.      A treatment for cases of chronic hepatitis, as honey increases the liver stock of the glycogen material through the increase of blood glucose, thus helping the liver to function properly and relieve it from more burdens.
10. A treatment for insomnia and a sedative for nerves, as it contains some sedative and tonic substances as sodium and potassium at a reasonable rate such.
11. A treatment for alcoholic poisoning. Fructose and vitamin B group in the honey help oxidize the alcohol remaining in the body.
12. A treatment for cough.
13. In cosmetics, a mixture of honey with lemon and glycerin is considered of the best old medical prescription for the treatment of skin cracking and roughness, the inflammation and wounds of lips, sun stroke, and dermal pigments.
14. A treatment for muscular spasm of sportive exercises or facial spasms and eyelids muscles, which disappear after having one big spoon of honey for three days after each meal.
15. Has a low calorie level. When it is compared with the same amount of sugar, it gives 40% less calories to the body. Although it gives great energy to the body, it does not add weight. Furthermore, the use of honey is safe and has no allergic or side effects.
The Prophet

was right in his prescription for the ailing man. When the fourth treatment of honey was given to the man, he got better. Such is part of the knowledge that the Almighty has revealed to His Prophet