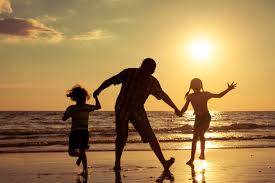 When your kinfolk are non-Muslim

We should know that kindness to parents is a personal duty imposed by Allah on every son and daughter. To be a dutiful child is to ensure that one is closer to Allah the Almighty. It makes it easier to win Allah’s pleasure and be eventually admitted into . Parents must be obeyed unless they order us to commit a sin. This is based on the Prophet’s

statement that: “No creature may be obeyed in what constitutes disobedience to the Creator.” All this assumes that the parents are Muslims. It may happen, however, that a Muslim child has non-Muslim parents. What should his attitude be toward them?

First and foremost, even if one's kinsfolk are hostile to Islam, one should under no circumstance give up on them; continue to invite them to Islam with kindness, compassion and wisdom. We should pray to Allah constantly to guide them and open their hearts and lead them to the straight path.

was the Prophet’s sister-in-law. She was the daughter of his closest companion and the sister of his wife ‘Aaishah

. Her mother, however, did not become a Muslim for quite a long time. Asmaa’

said: “My mother came to me during the time of the Prophet

hoping to get something from me. I asked the Prophet

The way this hadeeth is phrased suggests that her mother had not yet become a Muslim when she came to her. Another version states clearly that the mother was hostile to Islam. Had she shown any inclination to become a Muslim, Asmaa’ would not have needed to ask the Prophet’s

permission to be kind to her. Many a Muslim at that time was extra kind to their parents and relatives who were not Muslims, hoping to win them over to Islam. The significance of this particular hadeeth is that even when a parent is determined not to become a Muslim, we still should treat him or her kindly.

Try all beautiful and wise ways to bring them into the fold of Islam. Bear in mind that this indeed is one of the most difficult tasks and one of the most honorable ones as well. Show them concern and be patient when dealing with them. Overlook the harsh words and pardon the ridicule.

Remember that never did the Prophet

quit calling his uncle Abu Talib to embrace Islam, even when his uncle was in his death bed. One of the most touching scenes in Quran is the dialogue that took place between Prophet Nooh, may Allah exalt his mention, and his disbelieving son. Here is a Prophet of Allah trying eagerly to call his son to the path of light and safety. Despite the fact that his son was an adamant disbeliever, Nooh, may Allah exalt his mention, chose the kindest of words and used the most compassionate expressions to persuade his son.

Allah the Almighty says (what means): "Allah does not forbid you to deal justly and kindly with those who fought not against you on account of religion nor drove you out of your homes. Verily, Allah loves those who deal with equity." [Quran 60:8] So long as they do not stand as a barrier between us and our religion, we are obligated to fulfill all the rights they have on us. We must not become someone's excuse for not wanting to become Muslim.

Between Islam and the family: Which should I Choose?

This is a question everyone with non-Muslim relatives wishes to never encounter. It represents one of those times we call the moment of truth and the most difficult of tests.

Kindness to non-Muslim parents does not depend on what religion they follow. We are supposed to be kind to them. It is true that such kindness may help win them over to Islam. This is, however, not the only reason. The parent-child relationship transcends matters of personal inclinations, desires, habits, creeds and faith. It is well known that a parent tries hard to overcome his prejudice against something if he feels that his son or daughter likes it. Islam does not like to stir trouble in every family where the parents are not Muslims. It recognizes that the parent-child tie need not be broken on account of faith. It, therefore, instructs its followers to be kind to their non-Muslim parents.

Only when such parents try to persuade their Muslim child to turn away from Islam does Allah command us not to listen to them or obey them. Allah states in the Quran (what means): “We have enjoined upon man goodness toward his parents: his mother bore him by bearing strain upon strain, and his weaning is within two years. Be grateful toward Me and toward your parents, with Me all journeys end. Yet should they (your parents) endeavor to make you ascribe divinity, side by side with Me to something of which you have no knowledge, then do not obey them. But even then bear them company with kindness in the life of this world and follow the path of those who turn toward me.” [Quran 31:14-15]

who was a companion of the Prophet

was so upset when she learned that he had embraced Islam. She tried to persuade him to recant. Realizing that he was determined to follow the Prophet

she tried to increase the pressure on him. She knew that he was a most dutiful child and he loved her dearly. She thought that if she brought hardship on herself, he would feel sorry for her and might listen to her. She swore that she would not taste any food or drink until he had left the Prophet

The judgment in his case was given by Allah in the above quoted verses. Sa’d

. He was later given the happy news by the Prophet

that he was certain to be admitted into .

It is clear from his story and the verses revealed by Allah concerning it that when it comes to matters of faith, a non-Muslim parent may not be obeyed. That, however, does not mean to be unkind to such a parent as we mentioned before. We are still required to be kind to him or her, hoping always that they may recognize the truth of Islam.

There is absolutely no graver sin than shirk, (i.e. to associate partners with Allah) yet Allah the Almighty advised us to keep them company in this life and show them benevolence. This is the only time when we can say no to parents—but not walk out on them. Instead, we should be with them, support them in all kinds of ways when they need us, so long as they do not ask you to go against the teaching of Allah and his Messenger

. This also goes for the rest of our non-Muslim kinfolk.

Remember what Yoosuf, may Allah exalt his mention, said as Allah informs us in the verse (which means): "Verily, he who fears Allah with obedience to him, and is patient, then surely, Allah makes not the reward of the Muhsinun (righteous) to be lost." [Quran 12:90]

We do good if we pray Allah to enlighten our non-Muslim parents and guide them to accept Islam. We cannot, however, pray Allah to forgive them. Allah forgives all sins with the exception of associating partners with him. All non-believers associate partners with Allah in one form or another. It is, therefore, futile to pray Him to forgive what he has told us He would not forgive. Moreover, it is an affront to Allah.

It may be hard for a Muslim person to be unable to pray for the forgiveness of his non-Muslim parents. Let us remember that the Prophet’s

own parents were non-Muslims. He asked Allah’s permission to pray Him to forgive his mother. His request was declined. We know that Allah granted every prayer the Prophet

made either for himself or his companions or, indeed, Muslims generally. The fact that Allah did not permit the Prophet

to pray for the forgiveness of his own mother suggests that this is not a trifling matter at all. It is indeed much more beneficial to one’s non-Muslim parents who are alive that he prays Allah to guide them to Islam.