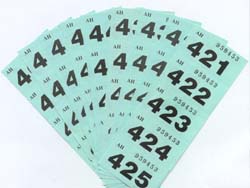 This practice of raffle-tickets amounts to gambling. One of the arguments in favor of raffle tickets is that the scheme is widely used for philanthropic causes. It must be borne in mind that in , gambling in he times when the Quran was being revealed was no exception.

In fact, owing to its "philanthropic aspect", gambling was considered a boon rather than a bane. The rich would indulge in drinking and gambling and would give whatever they won to the poor. Indeed, the abstainer was regarded as niggardly. However, the Quran very clearly pointed out that the moral corruption that ensues from such activities is greater than whatever benefit they provide. Allah Says (what means):

"They ask you (O Muhammad) about gambling and drinking. Say: 'There is great sin in both and also some benefit for people, but their sin is greater than their benefit.'" [Quran 2:219]

Of this moral corruption, one aspect particularly worth mentioning is that these so-called philanthropic schemes develop the attitude of selfishness and indifference. In an Islamic society, Infaaq (spending in the way of Allah) is a basic value. The destitute, therefore, are the direct responsibility of the society and their problems cannot be left to the mere adjustments of demand and supply as in the laissez faire concept.

It should be impossible for a Muslim to sleep with the peace of mind, if he finds out that his neighbour had not been able to eat owing to poverty. Destitution, poverty, misery and disease should be sufficient enough as reasons for impelling a Muslim to spend whatever he can spare. ‘Spend in the way of Allah that you may be rewarded in the Hereafter’. ‘Spend in the way of Allah that you may enter the ’. Such adages used to be the underlying reason for Infaaq. Should spending be: "that you may get a refrigerator (or a deep-freezer or a VCR)"? Or "that you may win tickets to Madame Noor Jehaan’s concert?"

Millions are spent merely on organizing these ‘philanthropic’ schemes – millions that could be directly spent on the poor – and thousands are spent by the gentry on the apparel they need for just one such occasion. It is the height of indifference, prodigality and selfishness that a person who can afford to spend thousands on buying tickets to the concert and thousands on new clothes for the function is not motivated to spend in the way of Allah by the misery of a fellow human being and by the reward in the Hereafter.

The mere knowledge that a human being is in need of what a Muslim can spare should give the Muslim sleepless nights. Yet, there are Muslims who can spare millions but do not take out a penny unless they are certain of a news items and a photograph lauding their altruism.

Allah, the Most High, Says in the Quran (what means):

"Those who spend their wealth by night and day, in secret and in public, shall have their reward with their Lord. On them shall be no fear nor shall they grieve." [Quran 2:274] and (what means):

"You shall not attain piety until you spend out of that which you love. Whatever good you spend Allah knows well." [Quran 3:92]

'Abdul-'Azeez Ibn 'Umayr, one of the Salaf (our righteous predecessors)

said, "Salaat (prayer) will help you reach half the way, fasting helps you reach the door of The King (Allah), and charity allows you to enter into the King's company (Paradise)."

Their manners (i.e. our Salaf) were to smile cheerfully at the face of the beggar and not to suspect him. They would always think that he only begged out of dire need.

used to be overjoyed if he saw a beggar at his door, saying, "Welcome to the one who has come to wash my sins."

said, "Beggars are such good people! They carry our provision to the Afterlife … until they place it on the scale in front of Allah, The Most High."

"O you who believe! Do not mar your almsgiving by reminders of your generosity and by hurting the feelings [of the one you helped], like the one who spends his wealth to be seen by men but believes neither in Allah nor the Final Day." [Quran 2:264] and (what means):

"If you disclose your alms-giving, it is well; but if you conceal them and give them to the poor, that is better for you. (Allah) will expiate you some of your sins. And Allah is Well-Acquainted with what you do. " [Quran 2:271]

When a concert or a refrigerator, not the ‘Kingdom of Heaven’ becomes the reason for spending, it means that the whole foundation of moral values, which are so essential to an Islamic society, has been impaired to the extent that the edifice that rests on it may collapse in the wake of the mildest of storms.

"Those who spend of their wealth [in charity] by night and by day, in secret and in public have their reward with their Lord. For them shall be no fear, nor shall they grieve." [Quran 2:274]