The Nullifiers of Islamic Monotheism -II 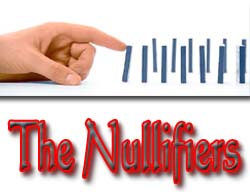 3- Not agreeing that the atheists are disbelievers or doubting their disbelief or believing that their religion is correct.

This nullifier consists, in turn, of three parts:

Firstly, whosoever does not agree that the atheists are disbelievers, while Allah announces in the Quran in many verses that they are indeed infidels.

Allah Says in the Quran (what means), "Indeed, they who disbelieved among the People of the Scripture and the polytheists will be in the fire of Hell, abiding eternally therein." [Quran 98:6]

Secondly, whosoever hesitates in the status of the infidels (i.e. he is not sure they are disbelievers or not).

Thirdly, whosoever praises the faith of the infidels and believes that their faith is correct and that they are on the right path;

This type is even worse than the first two. There are two points that must be mentioned here:

1- By infidels here, we mean those about whose disbelief there is no doubt, like those who worship humans or any false gods other than Allah and those who claim to be Muslims, but who are ruled by the majority of the Muslim scholars to be disbelievers, such as people who believe that a prophet was sent after Prophet Muhammad salllallaahu alayhi wa sallam, or deny the Day of Resurrection.

said: "Whosoever doubts the disbelief of such groups after having knowledge of what they say and knowing how Islam classifies such people, is an infidel; just as having doubt in the disbelief of the atheists." But for those about whose infidelity the scholars dispute, such as the one who abandons the five daily prayers without rejecting its obligation; this does not fall under this nullifier.

2- In regards to praising the infidels, the Muslim must take great care. If praising them concerns their faith, then this is considered infidelity. Whereas praising their behavior (such as their courage or their generosity) is permissible. One thing a Muslim must avoid, which is considered sinful, is to call an infidel "master" as the Messenger

said: "When you call the hypocrite 'master' (or any title that suggests honoring the addressed person, like 'your highness, your  majesty', etc) you have made your Lord angry." [Al-Haakim]

There are two issues in this nullifier. The first is that there is no doubt that the guidance of Prophet Muhammad

is more perfect than any other since it is a Divine Revelation. Allah Says in the Quran (what means): "Nor does he (Muhammad) speak of (his own) desire. It is only a revelation revealed." [Quran 53:3-4]. How could someone believe that there is another guidance worthy of being followed, when the Prophet

himself used to say in the Friday sermon: "The best of speech is the Book of Allah, and the best of guidance is the guidance given by Muhammad. And the most evil affairs are innovations; and every innovation is misguidance." [Muslim]

The second issue is judging by laws other than what Allah has revealed. In the Quran, Allah describes those judging by laws other than His as disbelievers. He Says (what means), "And whosoever does not judge by what Allah has revealed, such are the disbelievers." [Quran 5:44]. (Also, see Quran 5:45 and Quran 5:47.) So, how would someone abandon the laws prescribed by Allah and replace them by those made by human beings? This is -without doubt- a senseless and illogical choice. And he who does this is a disbeliever in Allah and His Messenger

said regarding this issue: "Judging by laws other than those revealed by Allah can be divided into two sections:

1. Attempting to replace what Allah has revealed with man-made laws or those of a Taaghoot (false deity). This is infidelity, because he who does so attempts to place himself in the position of The Creator by legislating for the people, when he, in fact, has no authority.

2. Keeping what Allah has revealed intact and leaving its legislation for leaders (rulers, presidents, kings, etc.) who judge by man-made laws. From these there are three situations:

- A leader judging by laws that contradict what Allah has revealed, believing that they are equal or better. This is considered infidelity.

- A leader judging by man-made laws in order to harm the one whom he has made the judgment against. In this case, the ruler is not an infidel, but rather he is an oppressor, because he still believes that what Allah has revealed is superior to all laws and knows that his actions are disobedient.

- A leader avoiding judging by what Allah has revealed in order to expose some inner desires or to benefit himself or someone else. This is a major sin".

The Nullifiers of Islamic Monotheism -I 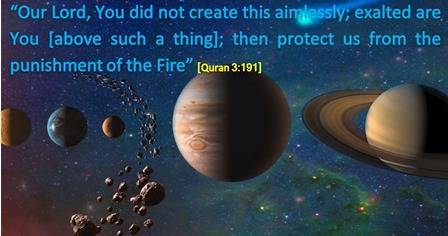