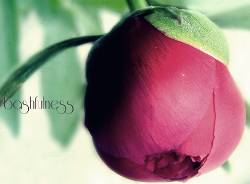 ; so much so that he

said about him: “The most bashful person in my nation is ‘Uthmaan” he

also said about him: “Should I not be bashful of the one from whom the angles are bashful?”

advised one of the companions, may Allah be pleased with him, saying: “Be bashful of Allah with true bashfulness. He who is truly bashful of Allah would guard the head and what it contains, the stomach and what it takes in and would remember death and the person’s bones wearing out. He who longs for the (reward) of the Hereafter will abandon the pleasures of this worldly life. He who does this is the one who is truly bashful of Allah” The head contains the eyes, tongue and ears and thus one who is bashful of Allah would guard these parts from committing prohibitions. Likewise, being watchful of what one’s stomach consumes is another sign of true bashfulness.
Aspects of praised and dispraised bashfulness: The Prophet

said explaining what results from being bashful: “Bashfulness brings nothing but goodness.” Once the Prophet

passed by two people talking and one of them was blaming the other because he was very bashful and telling him that it is not good and reflects weakness to always be bashful, so the Prophet

about this, so I requested Al-Miqdaad to ask the Prophet

informed him that this only required him to perform ablution and that there was no need to perform Ghusl (i.e. ritual bath). He

also told him that one needs to wash his private parts and his testicles and wash it off his clothes.” ‘Ali, may Allah be pleased with him, used to perform a Ghusl every time this happened to him, so much so that the skin of his back cracked and it became extremely difficult for him to continue doing so. He had to find out the ruling on this issue but was too shy to ask the Prophet

himself because he was married to his daughter, and this is when he requested Al-Miqdaad, may Allah be pleased with him, to do it on his behalf.
Along the same lines, some people become too shy to enjoin good and forbid evil. This is certainly un-Islamic and unjustifiable. A common statement one hears is: “I was too embarrassed to say anything” This is dispraised weakness and is unacceptable in Islam.
Committing prohibitions in the name of bashfulness: How does this happen? It is like a man claiming that he was too shy to turn down a woman when she extended her hand to shake his hand, so he could not turn here down! Is this bashfulness or immorality? Didn’t the Prophet

say in this regard: “It is graver for one of you to shake hands with a (marriageable) woman than it would be for him to be struck on his head with a steel rod”.
Being too bashful to say or follow the truth: If someone borrows money from you, then you should not be too shy to record this loan because by recording it, one is following the instruction of the Quran.
Comparing the bashfulness of the companions, may Allah be pleased with them, to the bashfulness of people today: We have mentioned above the bashfulness of the companions, may Allah be pleased with them, and gave examples from their lives regarding this. The contrast between the two is striking, when one compares the examples of the companions, may Allah be pleased with them, with the situation of people nowadays -- how impolite many people are, how some people expose their ‘Awrah (i.e. parts of the body that must be covered in Islam). Some women are too open and freely mix with men, talk to them and shake hands with them without any reservations. Some people use vulgar, impolite and indecent words in public gatherings. Another aspect reflecting the lack of bashfulness in our time are the plays in theaters, in which women walk on stage exposing their beauty to men.
In conclusion, even if bashfulness may have disappeared from the public sphere in our era, as Muslims we should strive hard to maintain and cultivate this noble quality.
Bashfulness -I 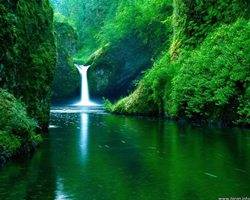