Beyond Rituals: The Ultimate Goals and Intents of Hajj – II 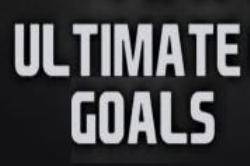 One may look at Hajj as a physical-spiritual journey to Allah, because in essence, a pilgrim parts with his loved ones, wealth and work and heads to the Sacred Places hoping for Allah's reward and forgiveness. Hajj is also a way of commitment in which one demonstrates his/her determination to freeing one's self from wrong and bad, and to engaging afresh into a new life that is centered around the love of Allah and obedience to Him. Indeed, Hajj, as one Muslim sage puts it, “...is a long journey; but one of returning, not of going. The pilgrim is not going to Makkah. He is returning to his source; Allah is the Source of Everything.”

Another way of understanding this statement is possible if we realize that Hajj’s ultimate benefit and impact is felt in the returning part of the journey—the lightness that every pilgrim feels and the happiness that overtakes him/her at the moment of finishing all the rites and getting prepared to go back home. In that sense and for this reason, the scholars put much emphasis on what happens after Hajj and how a pilgrim handles his relationship with Allah after it.

Muslims go to Hajj in response to Allah's Call for them, through Prophet Ibraheem

(Abraham) that they immigrate (physically and spiritually) to His House. Allah Says (what means): {And proclaim to the people Hajj [the pilgrimage]; they will come to you on foot and on every lean camel; they will come from every distant pass.} [Quran 22:27]

Answering Allah's Call, Muslims emerge from every corner of the world, fleeing to Allah, turning to Him and taking refuge in Him from disbelief and disobedience, thereby escaping His Punishment—a concept that the Quran refers to as fleeing (evil as well as anything that takes one away from leading a pious life). Allah Says (what means): {So flee to Allah. Indeed, I (the Messenger

Unfortunately, the idea of "fleeing or separation from sin" deeply implied in Hajj rituals escapes the minds of many pilgrims. If a pilgrim really grasps the immigration concept implicit in the acts of Hajj, he will distance himself from disobedience. The Messenger of Allah

said: “…Indeed, the true immigrant is one who immigrates from (leave) sin.” [Ibn Hibban] Thus, missing out on this great concept of separation the Hajj implies prevents one from achieving the optimal benefits and possibilities embedded in this great act of worship. Pilgrims must keep that in mind.

Hajj motivates one to struggle in the Path of Allah, bolsters his ability to see it through and creates willingness in one to take obedience of Allah to the next level. While in Hajj, a Muslim endures, graciously, all the difficulties the trip to the Sacred Places involves to please his Lord; and since that entails a lot of patience and steadfastness, the Hajj was described by the Prophet

as an act of Jihad: “...The Jihad of the old, the weak and women is Hajj and ‘Umrah." [An-Nasa’i, Al-Bayhaqi and At-Tabarani]

Moreover, Allah guarantees full reward for the pilgrim just as He does for the one who fights in His Way. The Prophet

said: “Three people are guaranteed full reward by Allah: one who steps out of his home heading for the Mosque; one who goes out in an expedition to propagate or defend Allah's Word; and one who goes for Hajj.” [Ahmad]

The purification (of the soul) one is to gain from this struggle with his/her self and this guarantee from the Lord of the Worlds are great motivations for Muslims to take Hajj seriously and expect a major enrichment in their relationship with Allah upon returning from it.

The goal is unity

to the end of time, belong to a single brotherhood (Ummah). They are bound together by the concept of Tawheed (Monotheism). In Hajj, this concept of Tawheed-based solidarity is translated into deeds as Muslims from a wide range of backgrounds stand united in one place, worshipping one God, undivided by race, color, language or nationality. The Quran teaches in many verses that all human beings descended from a single ancestor, that none has an intrinsic right of superiority over another, whatever his race or his nation or his social standing. Also, this concept of unity and equality is highlighted in many Prophetic narrations like the one narrated by Jabir

who reported that the Prophet

addressed his followers, on the second day of the Days of Tashreeq (the 11th, 12th, 13th days of the month of Thul-Hijjah), saying: "O people! Indeed, you have one Lord (Allah) and one father (Adam). No Arab is superior over a non-Arab, or a non-Arab over an Arab; and no white is superior over a non-white or a non-white over a white. Superiority is by righteousness and piety [alone]." Then the Prophet

asked: "Did I convey the message to you?" "Yes indeed O Messenger of Allah," answered the mass. "Then let those who are present (i.e., listeners) convey my words to those who are not," concluded the Prophet

We will definitely miss the gist of our Prophet's

preaching about the oneness, equality, and brotherliness of all Muslims if we discriminate against one another; if, in our dealings with one another, allow ourselves to be swayed by considerations of ethnicity, social standing or national backgrounds; or if we cut ourselves off from the Ummah (Muslim Nation), become cocooned in the den of our personal concerns and wallow in stoicism and indifference when all sorts of sufferings, injustices, and aggressions are heaped on the heads of our Muslim brothers and sisters.