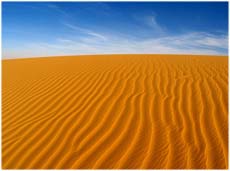 His religious knowledge and the Prophet's praise of him:

Allah, the Magnificent and Glorified, had willed goodness for `Umar

and thus rendered him well versed in the religion and enriched him with knowledge. Many scholars have compiled numerous narrations of the Prophet

regarding Umar's knowledge and other virtues. Among these narrations, four were reported by Imaam Az-Zuhri

The first was where the Prophet

said: “While I was sleeping, I saw in a dream that a cup full of milk was brought to me, and I drank (from it) until I saw the milk coming out of my nails. Then I gave the remaining milk to `Umar.” The Companions

The second was where the Prophet

said: “While I was sleeping, I saw (in a dream) people wearing shirts; some (had shirts) reaching down to their chests, others reaching down to their knees, and others still down to their ankles, each according to the strength of his faith and his knowledge. `Umar was wearing a shirt that was so long that it was dragging (i.e. on the ground).” The people asked: ‘How did you interpret this?’ The Prophet

replied: “His commitment to the religion.” [Al-Bukhari and Muslim]

The third was where the Prophet

said: “I saw (in a dream) that I had entered Paradise, and there was (in it) a palace or a house. I asked: 'For whom is this?' They (the angels) replied: 'For a man from the Quraysh.' I was hoping that I was this man, but then it was said to me: 'This is for `Umar Ibn Al-Khattaab'”

added: “I wanted to enter (this palace) but I remembered your jealousy, O Abu Hafs!” `Umar

cried upon hearing this and exclaimed: ‘How could I be jealous of you, O Allah's Prophet?’ [Al-Bukhari and Muslim]

The fourth was where the Prophet

said: “In a dream, I saw myself drawing water from a well with a bucket. Abu Bakr came and drew a bucket or two in a weak manner, and Allah will excuse his weakness. Then `Umar Ibn Al-Khattaab came and the bucket turned into a very large one in his hands. I have never seen such might in a person in doing such strenuous work. He drank until he quenched his thirst and then gave (water) to all the people, who drank to their satisfaction; then, he watered all their camels that had knelt down in that place.” [Al-Bukhari and Muslim]

interpreted this dream as follows: “This dream was regarding the durations for which the caliphates of his two companions would last. The era of Abu Bakr

was a very short one, as it only lasted for two years, during which he was preoccupied with fighting the tribes that had apostatised, as well as other major battles.

The era of `Umar

was a longer one, and Allah blessed the Muslims with many victories during it, and a vast number of people accepted Islam in that time. He

spread justice in the lands he conquered, although the foundation for this was laid by Abu Bakr

who had paved the way for `Umar, may Allah be pleased him.”

There is also the narration where the Prophet

It is through the acquisition of knowledge that one is guided as it leads to him shunning sinning, to recognizing the truth when he becomes confused, to being saved from prohibited matters, and to being guarded against misconceptions and doubts.

His views coinciding with revelation:

Allah caused him to utter the truth and placed this truth in his heart. His views coincided with that which was to be revealed from the Quran on more than one occasion.

said: “I coincided with (the revelations from) Allah on three matters. (The first was when) I said: 'O Allah's Apostle! Would that you take the station of Ibraaheem as a place of prayer.' (The second was when) I also said: 'O Allah's Apostle! Good and bad people visit you; would that you order the Mothers of the believers (i.e. his wives) to cover themselves with veils.' So the Divine Verses of Al-Hijab (i.e. veiling of the women) were revealed. (The third was when) I came to know that the Prophet (

) had rebuked some of his wives, so I entered into their presence and said: 'You should either stop (troubling the Prophet

) or else Allah will give His Apostle better wives than you.' Thereupon, Allah revealed the verse (which means): {Perhaps his Lord, if he divorced you [all], would substitute for him wives better than you – submitting [to Allah]…} [Quran 66: 5]”

His views also coincided with the revelation of his Lord with regards to the issue of how to treat war hostages. Indeed, on that occasion, Allah inspired him to say what he said, and thus the verses that were later revealed from Allah were exactly the same as the words of `Umar

was a very dignified man - a quality that many figures nowadays lack. This is a quality that people who fear others more than Allah are deprived of, but `Umar

was someone whom people would fear and respect greatly.

took permission to enter into the presence of the Prophet

while there were some women there, asking questions in loud voices. When these women heard that `Umar

was about to enter, they immediately lowered their voices and hid behind a veil, which caused the Prophet

entered and saw the Prophet

laughing, he said: “May Allah cause you to laugh more and more, and may my father and mother be sacrificed for you. O Prophet of Allah! What makes you laugh?” He

answered: “I am amazed at the women who were just here, who heard your voice and fled.”

then went over to them and addressed them from behind the veil, saying: “O enemies of yourselves! I swear by Allah that the Prophet is worthier of being respected and feared than I am.” The Prophet

said: “O `Umar! Leave them. I swear by Allah that if Satan sees you passing through a valley, he will take another route.” [Al-Bukhari]

assumed the caliphate, the good traits that were hitherto hidden into his soul were uncovered. Such traits included compassion, kindness, benevolence and mercy. He

was also compassionate at the time of the Prophet

but his compassion became more apparent and obvious after he became caliph.

His character was a combination of dignity, mercy, precision in executing Allah’s laws and soft-heartedness, so much so that he would weep when reciting the Noble Quran and would even fall sick due to his interaction with it.

Having a strong character and being dignified in no way entails being arrogant or hard-hearted. Nor does it mean being harsh or pompous. To have an awe-inspiring character is praiseworthy only if the person can judge the correct time to be strict. History testifies that `Umar

was a noble and merciful ruler of the Muslims.

The example of `Umar

symbolises the ideal leadership that the Prophet Muhammad

bequeathed. It was a remarkable demonstration of how leadership should be; an ideal one which Muslims are eagerly seeking to repeat, especially when compared to their contemporary predicament.

Having known of such an example, the Muslims are eager for a caliphate and leadership like that of `Umar

who would set off in order to check on the lives of the ordinary Muslims.