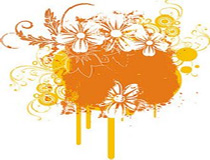 Her name, may Allah be pleased with her, is Sawdah bint Zam'ah ibn Qays ibn `Abdush-Shams ibn `Abdi Widdi ibn Nasr ibn Maalik ibn Hasl ibn `Amir ibn Lu'ay (the Qurayshi). Her mother is Ash-Shamoos bint Qays ibn Zayd of Bani `Adi ibn An-Najjar from Khazraj. She married as-Sakran ibn `Amr, the brother of Suhail ibn `Amr. She was an early convert to Islam and it was by her persuasion that her husband embraced Islam. On the second emigration to Abyssinia (Ethiopia), Sawdah had accompanied her husband to escape the persecution of Quraysh and maintain their faith in the new religion. But not long after they settled in Abyssinia and felt secure, they heard that the idolaters had concluded a truce with the Muslims and agreed to let them practice their religion freely. The Muslims became very happy and decided to return to their homes. But when they reached Makkah, they were shocked by the awful reality. The idolaters were more bitter in their enmity towards the Muslims than ever, their aggression increased and their torture became unbearable. Sawdah's husband, may Allah be pleased with him, died on the way to Makkah and left her in a terrible state of destitution.

and said: "O Prophet of Allah! I see you feel the loss of Khadeejah."; "Yes," he

said. "She was both mother and housewife". Khawlah suggested that he

should marry and she offered to find him a bride. Muhammad

and also his best friend. But `Aa'ishah, may Allah be pleased with her, was very young so he engaged her and left her in her parents' house till she matured. But Khawlah and the other Companions didn't want a delayed marriage, and wanted someone to comfort him

and assist him in taking care of his children, especially at that time when his days were burdened with heavy struggle and toil.
She mentioned Sawdah bint Zam'ah, may Allah be pleased with her, the widow of as-Sakran ibn `Amr, may Allah be pleased with him. She was old and lacked beauty and wealth, moreover her father and brother were pagans so it was very difficult for her to survive and remain her faith in this environment. The Prophet

heard about her situation and felt sorry for this faithful widow. No sooner had Khawlah mentioned her name, than he

) sent me to ask for your hand" Sawdah, may allaah be pleased with her, was stunned and with trembling voice she said: “I love that, but go and ask my father.” When the father heard the news he was very happy and said: “This is a suitable match; Muhammad is an honorable and compatible person. Would you like me to wed you to him?" Sawdah, may Allah be pleased with her, replied with only one word, "Yes." The rumors of the proposed marriage spread around Makkah, some people could not believe their ears — how could an old widow without beauty and wealth succeed the noble and beautiful Khadeejah, may Allah be pleased with her,?
The

. She was overawed by him. From the beginning she knew that the Prophet

. She, may Allah be pleased with her, was very content and very much satisfied to accept this offer, marry the Prophet

and serve him and his daughters, but what made her happier was the fact that she gained the title of the Mother of the Faithful.
Prophet Muhammad

liked the remarks she sometimes made. Once she, may Allah be pleased with her, told him, “I have prayed standing behind you, O' Prophet of Allah, and you made me kneel so long that I held my nose fearing that it will bleed" The Prophet

and his daughters. And she felt that she had no right to spend her night with him since the young and beautiful wives were available to him.
The Prophet

tried his best to open his heart to her but human nature would not let him. He

felt bad about her emotional deprivation and was kind enough not to mention anything that could hurt her feelings. So he

thought of releasing her to relieve her from a situation which causes her pain and wounding her heart even though she never complained. He

suggested divorce to free her from her duties and spare her the pain.
Sawdah, may Allah be pleased with her, was startled at hearing this, she kept quiet for moments then she pulled herself together and said to him

: "Keep me please; I am not a selfish wife, but I wish to see Allah recognizing me as your wife on the Day of Judgment" She added gently and respectfully "Keep me, O' Prophet of Allah, and I will donate my night to `Aa'ishah as I do not demand that which women desire" The Prophet

wondered with emotion for this overwhelming love and tolerance, kept her in his house and treated her with honor, dignity and respect.
Sawdah, may Allah be pleased with her, spent her time praying in her chamber. She, may Allah be pleased with her, was happy and content. She thanked Allah Who Had inspired this successful solution which had saved her the ordeal of separation from the chosen Prophet

without feeling ashamed or undermining her position in the house. When she, may Allah be pleased with her, performed pilgrimage with the Prophet

he allowed her because of her heavy weight and her age to precede the people to Muzdalifah. `Aa'ishah said: "I wish I had asked the Prophet to allow me to go to Muzdalifah like Sawdah did, so that I could pray Fajr (the morning prayers) in Mina before the people arrive.”
After the death of the Prophet

to her.
The Mother of the Faithful was buried in al-Baqee` in Madeenah.

and may He please her.

Virtues of the Mothers of the Believers - III

Virtues of the Mothers of the Believers - II

Virtues of the Mothers of the Believers - I

Virtues of the Mothers of the Believers - III