Make-up of a successful wife – I 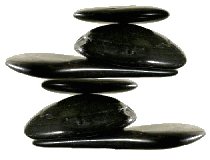 Allah Almighty Says what means: {O Mankind! Be dutiful to your Lord, Who created you from a single person, and from him He created his wife, and from both of them He created many men and women and fear Allah through Whom you demand your mutual rights, and do not cut the relations of the wombs. Surely, Allah is ever watching over you.} [Quran 4: 1]

The pious wife
Allah calls on us numerous times in the Quran to be pious. And if we focus on meeting the expectations that Allah has set for us, we can be assured of success. It is only through His grace that we have the opportunity for happiness in this life. If we allow other factors to discolor the vision Allah has given us, we will not be able to achieve true success.
Allah Says what means: {It is not for a believer, man or woman, when Allah and His Messenger have decreed a matter than they should have any option in their decision. And whoever disobeys Allah and His Messenger, he has indeed strayed in a plain error.} [Quran 33: 36]
Examples of pious wives
{And Allah has set forth an example for those who believe, the wife of Pharaoh, when she said: `My Lord! Build for me a home with You in Paradise, and save me from Pharaoh and his work, and save me from the disbelievers. And Mary, the daughter of Imraan who guarded her chastity; and We breathed into [her garment] through [Jibreel], and she testified to the truth of the Words of her Lord, and His Scriptures, and she was of [those obedient to Allah]!} [Quran 66: 11-12]
During the battle of Uhud the polytheists came towards Prophet Muhammad

in large numbers with the intention of killing him. But, with some of the believers, He stood valiantly against them. Among them was a woman - Naseebah Um Imarah al-Ansaariyah. She stopped giving water to the wounded and started fighting with her sword and shooting arrows in defense of Prophet Muhammad

. Her husband and son also attended the battle in defense of him. Naseebah suffered a deep wound and at a critical moment she asked the Prophet

: "Invoke Allah to allow me and my family to be in your company in Paradise." So the Prophet

supplicated, "O Allah, let them be in my company in Paradise." Upon hearing this she said, "I do not care what is going to touch me in this life, good or bad." She continued defending the Prophet

until the number of her wounds reached twelve. The Prophet

was reported to have said concerning her, "I did not look to my right or to my left except that I found her defending me."
The Prophet

entered the Masjid and found a rope tied between two columns. So he

inquired, "For what reason has this rope been placed here?" He was told that his wife Zaynab had fixed the rope there in order to support herself when she became tired while performing the night Salah (prayer). He

then said: "Remove it, one of you should only pray as much as is easy for him and when you feel tired you should rest.” [Al-Bukhari and Muslim]
It is also narrated that once `Aa`ishah, may Allah be pleased with her, was given a gift of one hundred thousand Darhams. She was fasting when she received the money and she distributed the entire amount to the poor and the needy even though she had no provisions in her house. Shortly after, [her] maidservant said to her: "Couldn't you have [at least] bought meat for a Durham with which to break your fast?" `Aa`ishah, may Allah be pleased with her, replied: “If I had remembered, I would have done so."
Here, we have presented only a few examples which demonstrate how pious these female companions were. Dear sisters, how can we exemplify piety in our conduct towards our husbands if we are not truly pious? Can a vessel pour forth anything other than what it contains? Pious women fulfill the rights of their husbands almost effortlessly on a consistent basis because they truly fear the consequences of falling short. She is a pious lover of Allah ever-ready to perform deeds which will bring about His reward and pleasure such as Salah, fasting, giving charity and pleasing her husband. When a woman's Eamaan reaches this level she will say as Naseebah Um Imaarah, may Allah be pleased with her, said: "I do not care what happens to me in this world." She will not find it difficult to make sacrifices in order to please her husband; Allah's pleasure will be the only motivation she needs.