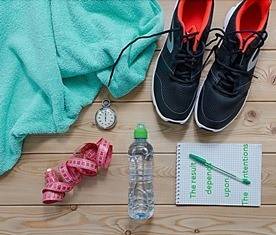 Many scholars began books with this Hadeeth. Imam Al-Bukhari

commences his book of Hadeeth (Saheeh Al-Bukhari) with this Hadeeth and explains that every action that is done without seeking Allah’s pleasure is invalid and devoid of reward.
It can be said that the entire religion revolves around this Hadeeth. Imam Ash-Shafi'i

said, "this Hadeeth constitutes a third of all knowledge."
Muslim scholars differ in opinion as to the limits of the Prophet’s

saying: ‘actions are by intentions’. Many of the later scholars are of the opinion that the limit is that the action is made correct or acceptable with the intention. What is meant by this is that a legislated action needs an intention. As for habitual actions such as eating, drinking, dressing, etc., they are not in need of an intention.
Some say 'actions' here is to be understood in its generality; therefore, nothing is exempt from it. Others relate this as the saying of the majority, meaning the majority of the early scholars. This occurs in the words of Ibn Jareer At-Tabari, Abu Talib Al-Makki, and others from the early scholars

said: “I like that for every action, from prayer, fasting or charity or any action of righteousness that there be an intention preceding the action. The Prophet

said: ‘actions are by intentions’, and this is taken for every matter.”
Fadl Ibn Ziyad

) about the intention in action, how should it be? He

said: ‘One should concentrate on himself when he intends to do an action, not doing it for the sake of people (showing off).’"
It is possible that the limits of the saying, 'actions are by intention', are that the action is good, corrupt, acceptable, rejected, rewarded, or not rewarded according to the intention. Therefore, this statement informs us of the Islamic ruling concerning this: the correctness or incorrectness of the action is in accordance with the correctness or incorrectness of the intention.
The saying of the Prophet

and the Salaf (righteous predecessors) was used generally to carry the meaning of ‘desire’. In the Quran, the word ‘desire’ is often used to describe an intention, as in Allah’s Saying (which means): "…Among you are some who desire this world, and among you are some who desire the Hereafter…" [Quran 3: 152]
In other verse Allah Says (what means): "Whoever desires the life of this world and its adornments…" [Quran 11: 15] And Allah Says again (what means): "And keep yourself patient [by being] with those who call upon their Lord in the morning and the evening, seeking His countenance. And let not your eyes pass beyond them, desiring adornments of the worldly life..." [Quran 18: 28]
Sometimes intention is described with the word ‘seeking’ as in Allah’s Saying (which means): "But only seeking the countenance of his Lord, Most High."[Quran 92: 20] And (which means): "…and you do not spend except seeking the countenance of Allah…" [Quran 2: 272]
Regarding the second meaning of intention, there are numerous examples from the ‘Sunnah’ and the statements of the ‘Salaf’. To mention a few:
The Messenger

said: "People will be gathered upon their intentions." [Ibn Majah] He

also said: "For the ones whose concern is this world, Allah will scatter his affair, and place poverty between his two eyes. He will not get from the world except what is written for him. For the one whose intention is the Hereafter, Allah will gather for him his affair and place contentment in his heart, and the world will come to him willingly."[Ibn Majah]
Zayd Ash-Shami

said: "Verily I like to make an intention for everything I do even if it is eating and drinking."
Sufyan Ath-Thawri

said: "I have not treated anything more difficult than my intention, because it keeps changing."
Ibn Al-Mubarak

said that the foundation of the religion is upon three Hadeeths:
1. "Verily actions are by intention." [Al-Bukhari and Muslim]
2. "Whosoever introduces into this affair of ours that which is not part of it then it is rejected." [Muslim]
3. "The Halal (lawful) is clear and the Haram (prohibited) is clear." [Al-Bukhari & Muslim]
Islam teaches us to perform good actions, stay away from the forbidden actions and stop at the doubtful matters. All of this is perfected upon two matters:
Actions must be done correctly, according to the teachings of Islam, and seeking the Pleasure of Allah, Almighty.
Fudayl Ibn `Iyadh