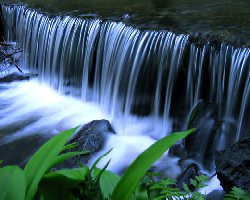 The husband is the family's fundament, basis of stability and blissfulness; he is the spring of optimism and hope for the family. To talk about amending the family without the husband being part of it is to be sure that reformation will not take place. The family will never attain stability and righteousness as long as the father remains far from the method and components of amendment.

A family’s life might lose stability and the Divine affection placed by Allah The Almighty between the spouses might be abolished as a result of devilish and haphazard behavior on the part of the head of the family; the husband can turn his family’s life into a nightmare, making the wife and children shocked by behavior that shakes their feelings, deprives their hearts of tranquility, and turns their life into confusion and trouble instead of affection and stability.
Islam is keen on the stability of the family; therefore, it gave the wife different ways to amend the husband and restore him to his blissful family, pleasant life and great responsibilities. Allah The Almighty Says (what means): {And if a woman fears from her husband contempt or evasion, there is no sin upon them if they make terms of settlement between them - and settlement is best. And present in [human] souls is stinginess. But if you do good and fear Allah - then indeed Allah is Ever, with what you do, Acquainted.} [Quran 4:128]
Al-Qurtubi

said, “’Contempt’ in the verse stands for aloofness, and ‘evasion’ means not to speak nor be affable with her. In this verse, the Quran systematizes the husband's state of evasion when it is feared to occur and threaten not only the security and dignity of the wife, but also the safety of the entire family. No doubt, the hearts always turn from one state to another and feelings change from time to time; and Islam is a method of life to treat each particle and handle any changes.”
Islam made all the parties of the house share the responsibility for its stability, calmness and reassurance: it made the husband responsible for amending his house and his wife, and the wife, in turn, is responsible for maintaining and looking after her house, as well as for amending and looking after her husband. This responsibility is shared by both of them and is the safety-belt of the family to ensure that it is not disbanded or scattered.
However, the Prophetic Sunnah that explains and explicates the Quran, clarified a lot of details concerning these responsibilities.
Concerning the state under discussion i.e. the state of the husband's contempt and aversion, harshness and evasion of his wife, Islam allows the woman to intervene and handle the problem and restore the husband to quiet living and a blissful house, and to use different ways that vary according to the state of people and their way of living.
Ways to amend the husband
1- Dialogue in the manner that is best: among the problems from which families suffer these days is the lack of ways that spouses communicate with each other, which are always cut off or at least rarely followed.
The woman's wisdom to guard her house requires her to remove difficulties from the ways family members communicate, make them seem natural in the marital life, and avoid unreasonable contention and obstinacy which is one of the reasons why the gap between spouses widens. Although unreasonable contention is a destructive emotional ailment, it is easily cured.
2- Devotion to serving him; and it is required under Sharee‘ah in normal cases, and more precisely in such cases, for it makes the husband closer and more likely to accept her and makes her swifter to enter his heart; furthermore, it strengthens the marital relations between them.
There are countless verses and Hadeeths saying that it is obligatory for the wife to obey her husband. More importantly, the man should learn that his wife might be either a cause of happiness or wretchedness. For this reason, the woman should show to her husband the causes of happiness and bliss: “Three [things] are [a manifestation of] happiness for the son of Aadam and another three are wretchedness for him: it is bliss for the son of Aadam to have a good woman, a good residence and a good riding mount; and it is wretched for the son of Aadam to have a foul woman, a bad residence and an unpleasant riding mount.” [Ahmad]
Men should know the importance of having a good, righteous wife at home, as it is one of the most important causes of happiness in life; and this could be achieved only by her devotion to serve him and look after his household.
3- Mediation of the wife's father: if all these attempts fail, another step, more significant and serious in the sight of the husband, is required, i.e. the intervention of the wife's good righteous father. Great emphasis should be placed upon his being good and righteous, whose main concern is to protect the life and family of his daughter, and always seek to alleviate, wisely and rationally, the severity of tension between his daughter and her husband.
This was the case of Faatimah, may Allah be pleased with her, with her husband ‘Ali, may Allah be pleased with him. It is narrated on the authority of Sahl ibn Sa‘d As-Saa‘idi, may Allah be pleased with him, that he said:
Once the Messenger of Allah

went to the house of Faatimah but did not find ‘Ali in the house. So, he asked: “Where is your paternal cousin?” She replied, “There was something [a quarrel] between me and him whereupon he got angry with me and went out without having a midday nap at home.” The Messenger of Allah

went there and found him lying with his upper garment having fallen to one side of his body to which some dust stuck. The Messenger of Allah

started wiping the dust off him, saying: “Get up, O Abu Turaab [you dusty man]! Get up, O Abu Turaab!” [Al-Bukhari and Muslim]
The wife's father here had a big heart, mature awareness, fine speech, and a sense of humor that went to the heart and removed the anger and aversion that lurked there.
4- Mediation of good righteous friends: good righteous friends may influence the husband particularly if he respects them, their knowledge and trustworthiness and if their words have an effect on him and his behavior.
In this respect, it is narrated on the authority of Abu Juhayfah, may Allah be pleased with him, that the Prophet,

, and narrated the whole story to him. The Prophet,

, said: “Salmaan has spoken the truth.” [Al-Bukhari and At-Tirmithi]
5- Mediation of good righteous relatives: This might be needed in an advanced stage of dissension. In confirmation of that, Allah The Almighty Says (what means): {And if you fear dissension between the two, send an arbitrator from his people and an arbitrator from her people. If they both desire reconciliation, Allah will cause it between them. Indeed, Allah is Ever Knowing and Acquainted [with all things].} [Quran 4:35]
Nevertheless, this is an important means of healing that gives life to the marital life, clears the atmosphere, and removes the small impurities of ignorance from it. Here both arbitrators should show both parties their rights and duties.
However, the wife's indulgence and negligence in following up on the mistakes of her husband in an attempt to rectify and reduce them bring about many dispensable problems that are unnecessary for the house, including:
·        The husband's contempt, evasion and aversion.
·        Alienation between spouses i.e. psychological divorce.
·        Children torn between their conflicting parents.
·        The loss of the marital bond.