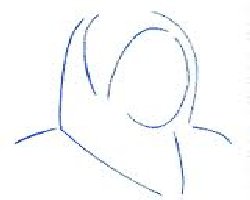 It is said that the sexual energy of humans is a great and dangerous force. It is dangerous when it is suppressed, and over time, the pent up pressure of repressed desires ends up in an explosion. According to a common misconception the Hijab (Islamic covering) hides the beauty of women. Consequently, young men suffer from sexual repression that ultimately manifests itself in the form of rape and other sexual perversions. This problem can be addressed by liberating women from Hijab so that young men satisfy their physical needs and vent their repression. In this way, the danger of an uncontrollable outburst because of repression will be minimized.

Reply:
1- If these were true, then places like America, Europe and other similar countries around the world would have had the lowest rate of rape, molestation, and other moral crimes in the world. This is because America and European countries lay great emphasis on sexual liberation under the pretext of nurturing personal freedom. However, what is the outcome of unrestricted behavior and permissiveness? Have the incidents of rape decreased? Have people attained the so-called "satisfaction"? Have women been saved from these dangers?
2- In America, it is estimated that rape takes place by force every six minutes. [“By force” means “at gunpoint”.]
According to reports, incidents of rape in America in 1978 were 147,389; and in 1987 rape incidents were 221,764. These statistics refute the claim that sexual permissiveness reduces crimes against women.
3- The sexual drive is found in both men and women. It is a mystery that Allah The Almighty placed in men and women for many reasons, one of which is to continue reproduction and give birth to offspring. No one can deny the existence of this drive; then, how is it possible for men not respond to scenes of nudity, if they have this drive?
4- Those who claim that sexual repression can be treated by letting women display their beauty and appear virtually naked in public so as to satisfy men, come to two conclusions:
First: Those men who are not aroused by women’s naked bodies are like castrated men who have no desire and thus, do not react to seeing exposed parts of women’s bodies.
Second: Those men who are not aroused by the exposed ‘Awrah (parts of the body that must be concealed) of women suffer from sexual impotence.
Hence, do those who support that this claim is true want Muslim men to be classified under either of the two groups?
Non-adherence to Hijab does not draw unwanted attention
The enemies of Hijab also claim that non-adherence to Hijab, whereby women appear naked although being clothed, does not draw the attention of men. On the other hand, men are attracted to women who are completely veiled, they try to assess their charms and follow them, because a thing that is inaccessible is desired.
Reply:
1- If non-adherence to Hijab does not draw attention, and it does not stimulate feelings, why do women go out unveiled? To whom do women display their beauty? Why do they bear the cost of cosmetics and beauty salons, and staying fashionable?
2- How is the display of beauty ineffective when husbands, for example, greatly desire their wives when they beautify and adorn themselves? For example, the desire for food increases if the food is well garnished and presented in an attractive manner, even if it is not delicious.
3- Attraction between men and women is natural. It can never change as it is like blood running through their veins. It arouses in both sexes their instinctual desires. Blood carries hormone secretions from various ductless glands and they affect the brain and nerves. Every part in a man’s body is different from its counterpart in a woman’s body. Therefore, the characteristics of femininity appear in women in their body structure, shape, manners, thoughts, and inclinations. Similarly, the characteristics of masculinity appear in a man’s body, his physique, voice, actions, and tendencies. This is a natural law that has never changed since Allah The Almighty created man and it will never change.
4- Allah The Almighty placed the libido in humans and made the sexual act greatly influenced by the mind, soul, and spirit. Sex is a spiritual and physical need. If an extremely beautiful woman passes by a man and the man does not look at her, or is not attracted by her beauty, then he is medically judged as abnormal as he lacks sexual drive. Such lack of sexual drive requires medical treatment.
5- The highest rate of immorality, permissiveness, sexual deviation, loss of honor, and intermixing of progenies coincided with women’s display of beauty and wearing scanty clothes when going out. There is a direct proportion between the escalating statistics of sexually transmitted diseases, such as AIDS, and women going out in clothes that lack honor and virtue in permissive countries, where women are given unrestrained freedom to the extent that it leads to savagery and social chaos. This is in addition to mental illnesses that drive young people to commit suicide in the highest rates in countries that are not bound by morals.
6- Men look at women who veil their faces and do not look at women who display their beauty, because veiled women are like a closed book whose content, number of pages, and ideas are unknown. As such, a close look at the book cover does not help to understand the contents of the book. We will never know what is contained in them, nor will we be impressed by them and their ideas. Likewise, the veil is like a cover for woman, and everything about her is unknown within it. The eyes that look lustfully at veiled women return completely unsatisfied.
On the other hand, an unveiled woman is like an open book that is browsed by everyone. Eyes look at it line by line, page by page, and minds get impressed by its content, until the book loses its polish, and some pages get folded and are even torn. It becomes an old book that does not deserve to be placed at the forefront of a bookcase in a modest house, let alone a great bookcase.

Allegations against Muslim Women - I