A Woman's Dress before Mahrams and Other Women 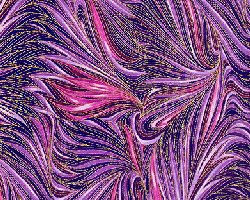 Motivated by their faith in Allah The Almighty and His Messenger,

, and out of compliance with the Quran and the Sunnah (tradition), the believing women at the dawn of Islam attained the utmost purity, modesty, bashfulness and chastity. During that era, women used to wear clothes that concealed them even when they met each other or in the presence of their Mahram (non-marriageable) men. Abandoning Hijab (Islamic covering) and exposing  adornment was a practice that was not known to Muslim women during that time. Muslim women acted in this way for centuries and they continued to do so until recent times. However, nowadays women's manner of dressing and their morals have become corrupt due to numerous reasons enumerating which is beyond the scope of this article.

As there are many questions coming to the Permanent Committee for Islamic Research and Fataawa (religious verdicts) concerning the limits of women looking at other women as well as the required dress under Sharee'ah (Islamic legislation) before other women, the Committee is providing an answer for Muslim women in general:
A woman is required to adopt the moral code of bashfulness which the Prophet,

, considered a part and branch of faith. A woman is required by both Sharee'ah and custom to properly cover herself, be modest and adopt morals which take her out of the arena of temptation and suspicion.
The apparent meaning of the Quran indicates that a woman must not display her body before other women, except that which she displays before her Mahram men of what is customarily displayed at home or during work. Allah The Exalted Says (what means): {…and not expose their adornment except to their husbands, their fathers, their husbands' fathers, their sons, their husbands' sons, their brothers, their brothers' sons, their sisters' sons, their women…} [Quran 24: 31]
Therefore, the Quranic text and the Sunnah indicate the same, which was how the wives of the Messenger of Allah,

, as well as the Companions, may Allah be pleased with them, and their righteous predecessors among the  true Muslim women dressed  until our time. What is customarily exposed of the woman's body before persons who are mentioned in the verse are parts which mostly appear in the house and while working, and which are difficult for women to cover while at home, such as the hair, hands, neck and feet.
Any further display of the body than this is not substantiated by evidence from either the Quran or the Sunnah, since it may also be a means of tempting the woman herself as well as other women present. This often occurs among gatherings of women and causes them to set a bad example to other women. Any further display of the body in front of other women also implies imitation of non-Muslims, immoral and immodest women. Those who do this should learn that in a Hadeeth, the Prophet,

, said: "One who imitates a people becomes one of them.”  [Ahmad and Abu Daawood.]
It was narrated on the authority of ‘Abdullaah ibn ‘Amr, may Allah be pleased with them, that the Prophet,

, saw him wearing two pieces of clothes that were dyed in saffron extract, so he addressed him, saying: "These are of the clothes of the disbelievers, so do not wear them." [Muslim]
In another Hadeeth, he said: "There are two types of people who will be punished in Hell and whom I have not yet seen: men who have whips like the tails of cows and they beat people with them, and women who are dressed yet naked who will be inclined [to evil] and make others incline [towards it]; their heads are like the inclined humps of camels.  They will not enter Paradise and they will not smell its fragrance which is smelt from such and such a distance (i.e. from a great distance)." [Muslim]
The meaning of “dressed yet naked” is that these women are scantily dressed because one of them wears clothes that do not cover her body properly. Consequently, she is, in fact, naked; for example, when a woman wears light clothes through which her body can be seen, tight clothes which show the details of her body or short clothes which uncover some of her body.
Muslim women, however, are required to adhere to the guidance of the Mothers of the Believers, the wives of the Companions, may Allah be pleased with them, as well as their true followers in the succeeding generations. They are required to be keen on covering their bodies and maintaining chastity, for this is likely to spare them temptation and safeguard them against deviation and immorality.
Muslim women are also required to avoid what Allah The Almighty forbids and what the Messenger of Allah,

, forbids; such as clothes that resemble those of non-Muslims and immoral women. Rather, one is required to obey Allah The Almighty and His Messenger,

Social Relations of the Family

Essential skills for a Muslim household

Social Relations of the Family

Carefulness and Moderation; Amity and Dutifulness Although the family is an independent entity that has its unique characteristics, needs and traits, it is, at the same time, an entity in a large set...More