The Mind-Set of a Muslim Child 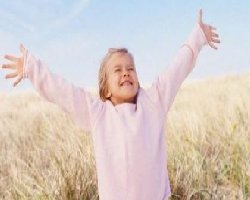 The Missing Dimension in Educational Methods: The Sentimental Education

The sentimental education pertains to the person's feelings, which form all sides of the integrated human personality.

Based on this, all feelings in the human consciousness, and their resulting sensations of pleasure and pain, along with the positive and negative senses, constitute human sentiment.

The sentimental education, in my view, is that which helps develop such feelings and senses in a positive way, which ultimately leads to a constructive relationship with people, the universe and life.

The sentimental education, like other forms of education, is based on a group of axes:

1) The Family: The family is the fundamental incubator in which the individual and all his behavior is formed, and on the basis of which, his attitudes are composed in general. The family is the most important social institution which influences the personality of the human being. It receives the human newborn and sustains him during the most crucial period of his life: the period of childhood. It is the "critical" period in the construction and formation of the human personality, as stated by psychologists. That is because it is a constructive and foundational period.

A Hadeeth (narration) of the Messenger of Allah

refers to this fact: "There is no child but that he/she is born with a sound innate inclination to the true religion (of Islam), and it is his/her parents who convert him/her to Judaism, Christianity or Magianism." [Muslim]

Within the familial environment, the parents mold the child, and determine his fundamental attitudes, which are his creedal orientations. Thus, the family plays a pivotal and important role in forming the individual's personality, conduct and beliefs, which give rise to his various subsequent behavior.

In the family, the children learn how to control their desires and suppress their inclinations that disagree with the society. In this way, the foundations of social adjustment become inculcated, by virtue of the educational function within the atmosphere of the family.

Hence, it is not strange to note the great importance given by those who conduct research about juvenile delinquency to the family as one of the main axes on which they centre their researches, in an attempt to discover the causes and factors of delinquency. Undoubtedly, the disintegrated family is the main factor responsible for juvenile delinquency and abnormal conduct, and a suitable incubator for producing delinquent adolescents.

2) The School: This ranks second in importance in terms of upbringing, particularly after education has been made public and its elementary years compulsory in most countries. The school undertakes the process of teaching the children, in co-operation with the family, in order to expand their means of perception, and help them enjoy knowledge and learning. Consequently, the school has emerged as an important social institution, which has an effective impact on all the child's psychological, social, moral, and behavioral aspects. This goes back to the fact that during his first years, the child is predisposed, by nature, to imitate and acquire the salient values of the school and the society in which he lives. Thus, the school is an important factor that has a great impact on forming the individual's personality, in a healthy scientific and educational way, and determining his future attitudes and relations in society. The school, therefore, is not only an incubator of giving information, but it is also a complicated structure of relations, particularly for the young child.

In the school, the child's social circle extends to include new children and groups, and he learns, in its atmosphere, "more social standards in systematic forms, and new social functions. He learns his rights and duties, the way to regulate his emotions and accommodate his needs with those of others, and co-operation, along with behavioral discipline."

The child learns all this through the information he receives, and acquires as a result of mixing with his school mates. In general, the school has its effective influence on the children's future behavior and orientations. Through the school, we are able to detect the early symptoms of delinquency, which allows for their early remedy before they become aggravated: I mean such symptoms as harming one's schoolmates, stealing, attempting to flee from school, or damaging the school property, all of which are indicators of deficiency in the child's conduct.

3) The Environs: That is, the district or geographical area in which the family lives in the neighborhood of many other families, where a network of social relations is established between the different families and their members in terms of reciprocal contact of effect and influence.

For this reason, the neighborhood contributes in providing the individual with some behavioral values, situations, attitudes, and standards belonging to the general civilizational framework of the social area.

4) Friends: The elements of the child's personality and behavior are formed by means of several influences. Although the family and the school are among the most prominent of these, his friends and peers are no less important. Rather, the influence of friends may sometimes be stronger than the other elements. The group of friends and peers encourages the adolescent to challenge his parents, by virtue of the force of that new group in which he becomes a member. This group supports him to demonstrate that challenge, and gives him the impression of a psychological provision which he does not receive from his family, whether they are young or old. In this way, the peer group is one of the most important sources favored by the adolescents to imitate, and to acquire opinions and thoughts. Islam recognizes and refers to the importance of one’s company and friendship, and its influence on the individual's life, in terms of acquiring values, behavior and thoughts. In this connection, it is narrated on the authority of Abu Hurayrah

that he said: The Messenger of Allah

said: "A man (often) follows the religion of his friend: so each of you should consider whom he takes as a friend." If the friend's influence extends to religion, then, no doubt, his influence on behavior and attitudes is clearer and more evident. If this is the impact of only one, then, what do you think of the influence of a group? Of a surety, their influence on the child or the adolescent is stronger.

It is not strange that the group of friends has a strong influence. Indeed, belonging is the basis for survival as a member in the team. It lies in absolute acceptability and alliance. In a team, the child learns how to live in a group atmosphere of a new kind and new social relations, which he cannot disagree with, otherwise, he would be rejected by the group.