Equality between man and woman in competency 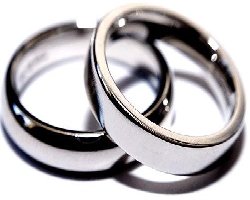 The woman is just like man in social and financial competency because the qualifier for competency is reason and woman is equal to man in this regard.

This will clearly appear when we speak in a later article about the woman’s social and economic status in detail. However, here, we will mention two examples that may be considered as a general rule for the aforementioned aspects.
Allah The Almighty establishes a general rule about social competency in rights when He Says (what means): {And due to the wives is similar to what is expected of them, according to what is reasonable.}[Quran 2:228]
This Quranic rule states that the wife is entitled to the same lawful rights that her husband demands from her including obedience, sincerity, honesty, chastity, devotion, good companionship, cordiality, respect, trust, confidence, honoring, leniency, entertainment, consideration of mood, care for interests, fulfillment of needs, and avoiding dispute, violence, obscenity, annoyance, harm, irritation, evil manners, tyranny, contempt and overburdening.
With regard to financial rights, the woman is financially independent of her husband and the rest of her family. Hence, she has the right to own whatever she wants and act as she wishes with her money and property; Allah The Almighty Says (what means): {For men is a share of what the parents and close relatives leave, and for women is a share of what the parents and close relatives leave, be it little or much - an obligatory share.}[Quran 4:7]
Consider how this Divine methodology has raised the woman’s status and how human methodologies regard her as inferior to man!
For example, Article 217of  the French law considers that it is illegal for the woman to dispose in any way of her money without the consent of her husband.

Allegations against Muslim Women - I