'You' and 'I': The Art of Communication in Marital Life – I 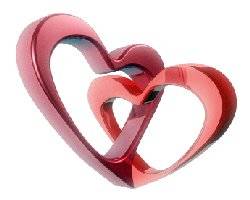 He said he was coming in ten minutes’ time. Ten minutes pass, half an hour, an hour, and then he shows up.

The wife: "You said ten minutes, and I have been waiting here for an hour."

The husband: "Forgive me, there was too much traffic."

The wife: "This is not the first time. That’s the way you are; always late. You should have called me."

The husband: "My phone is out of credit, and I have no credit to call."

The wife: "How can I trust you? Do you think I am stupid and that all I have to do is to wait for you?"

He looks at her in confusion and stops talking.

The husband started with a real excuse, then he chose to protect his marital bond through silence.

The term "you" is nothing but a formula for failure in communicating with your husband. It means: “You are guilty and responsible and you have to change. But I am not responsible.”

"I" means that you are thinking in an attempt to interpret the cause of anger. In the above example, the wife is angry, not because the husband is late but because she feels that she is not important to him, which leads to frustration and then anger. This emotion builds up as time passes, and as her attempt to interpret the cause of his delay continues, it leads to other thoughts:

"He always neglects me."

"He gives no importance to me."

"His work is more important to him than me."

"He thinks I have no feelings."

Why not express the reaction to the delay by using a different emotion?

Feeling sad because she is lonely?

Being afraid that he should be concerned with anything more than her?

Feeling guilty lest she may have done something which made him come home late?

Fearing that something bad might have happened to him?

Sometimes, she could be glad because she managed to be ready before his arrival.

So, when she meets him, she could say:

"I am sad that you came home late, because this means that I am not important to you."

"If only you knew how afraid I was because you were late… I thought something might have happened to you and I was so worried about you."

"If only you knew how eagerly I await you coming home!"

Then, watch him with his eyes sparkling, approaching you, trying to prove the opposite of that. No man on earth can resist such a reception. If the man were to know that he would be received in this way, surely, he would do his best to arrive as soon as possible the next time. Conversely, if he knows there will be a dispute, he will say to himself, "A quarrel is awaiting me anyway, whether I am late for ten minutes or an hour."

In order not to aggravate the situation, the husband could have said to her when he arrived, "I know that you are upset because I am late and that you have been waiting for me. I apologize."

If each of the spouses leaves the "you" formula, the dialogue will remain open, otherwise, frustration will recur, giving room for anger and resentment to accumulate, which makes any further communication even more difficult.

"I" means that you should ask yourself: "Why am I aggravated?" If you know and address the real cause of aggravation, the pent-up feelings will not accumulate and the reaction will not be negative.

Men must realize that women naturally incline towards caring for others, and devote themselves wholeheartedly to doing so. When a woman’s husband is late, she is concerned about that, and may become tense, and her life and housework may come to a halt because she is worried about him.

The wife should realize that saying "I" instead of "You", and expressing herself using her emotional intelligence will go a long way towards maintaining the channels of communication between her and her husband, instead of silence and an end to dialogue.

Iblees and Adam… I and you

Consider, dear reader, the difference between the speech of Iblees (Satan), may Allah curse him, and the speech of Adam, may Allah exalt his mention. Allah quoting the words of Iblees in the Quran (what means): {"My Lord, because You have put me in error}[Quran 15:39] i.e. 'You are the cause', Exalted and Hallowed be Allah The Almighty from what he says. On the other hand, Adam's, may Allah exalt his mention, words also Allah the Almighty citing in the Quran (what means):: {"Our Lord, we have wronged ourselves} [Quran 7:23] it means he holds himself responsible for the sin.

'You' and 'I': The Art of Communication in Marital Life – II 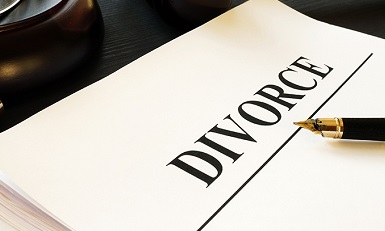 A marriage naturally starts with good intentions and big dreams, as the couple dream of building a happy family and having children through whom they fulfill the feelings of motherhood and fatherhood....More