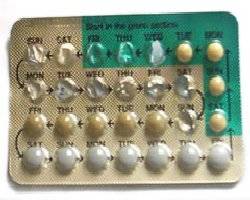 This is a message to Muslim men and women who love Allah, The Almighty, and His Messenger and the practice of what He revealed to His selected and noble Messenger, Muhammad ibn ‘Abdullaah

the trusted and honest Messenger, which includes abstention from all forbidden and doubtful things.

This message is advice to the Ummah (nation) and a reminder of all that includes goodness and reform for Muslims concerning their religion and worldly affairs, in compliance with the saying of the Messenger

: “Verily, religion is advice.” People said: “To whom, O Messenger of Allah?” He said: “To Allah, His Book, His Messenger, the leaders of the Muslims, and to their general folk.”

It is, therefore, necessary to remind people of everything that they do not realize and to warn them against every evil which they may fall into. Also, a Muslim individual should love for his fellow Muslim the like of what he loves for his own self, in fulfillment of the saying of the Messenger

Keeping this in mind, it is worth mentioning that there are some medical problems that many people experience, and which very few people avoid, that arise as a result of significant violations of the Sharee‘ah (Islamic legislation). I am concentrating here on the problems that pertain to health. It is enough to provide the following noble verse as evidence on the behavior that harms one’s health. Allah Says (what means): {And do not throw [yourselves] with your [own] hands into destruction.} [Quran 2:195] There is ample evidence that forbids harming oneself, but this verse is sufficient here so that the introduction will not be lengthy.

The behavior we are referring to is some standard methods of birth control (which is also called family planning), especially the methods that are used by most people owing to the low rate of failure in using them. These methods include contraceptive pills, loops, and injections.

The other methods such as coitus interruptus, male condoms, female diaphragms, and periodic calculation were not established to have had negative impacts whether from the medical or Sharee‘ah point of view.

The permanent use of such methods over a long period of time, although having almost sure results, has dire health consequences in the long run. By the grace of Allah, The Almighty, these consequences were established after scientific studies were conducted in search of side effects of each medicine or contraceptive method.

I would like to remind readers of some of these side effects so that they, especially married people who use such methods, will be fully aware of them. I will mention the dangers of each method in brief.

· They damage the vascular walls, which may lead to thrombosis, spontaneous cerebral bleeding, myocardial infarction, in addition to other symptoms associated with the vulnerability of the blood vessels that are deployed throughout the body, such as hypertension and others.

. They cause disorders in the carbohydrate metabolism, which leads to obesity (they cause a weight gain of up to three kg). They also lead to some cancers, particularly breast cancer which has become widespread in developing countries due to the large-scale use of contraceptives.

· They lead to less serious symptoms such as vomiting, breast pain, hormonal disorders leading to hair growth in different parts of the body, decreased volume of menstrual blood, heaviness in the legs, vaginal dryness (which leads to difficult and painful sexual intercourse), and they sometimes cause sexual disorders.

· They usually cause Menorrhagia (heavy bleeding) in women who use them.

· They sometimes cause Amenorrhea (absence of menstrual flow without pregnancy) or menstrual disorders.

· They lead to metabolic disorders.

· They cause heavy bleeding.

· They may cause infection, which takes place in 3 to 9 percent of cases. Treatment of infection is difficult and it entails removing the loop.

· They cause pelvic pain.

· They may sometimes cause a rupture in the uterine wall during insertion. In rare cases, the loop may migrate from the uterus to the urinary bladder or within the abdomen after a long period of time.

· Loops may cause sterility, since its contraceptive action is due to the fact that it causes chronic irritation in the uterine walls, which may cause it to lose its natural characteristics of receiving the fertilized ovum.

Pills and loops are the most commonly used contraceptives. As for injections, most women cannot tolerate their side-effects, and their efficacy is less than the two previously-mentioned contraceptives.

These are the medical side effects of such contraceptives.
As for the use of contraceptives from the Sharee‘ah perspective; that is another subject that needs further research.

Breastfeeding Is necessary for both mother and child

This is a message to Muslim men and women who love Allah, The Almighty, and His Messenger and the practice of what He revealed to His selected and noble Messenger, Muhammad ibn ‘Abdullaah, sallallaahu...More