The best generations were the best to their parents 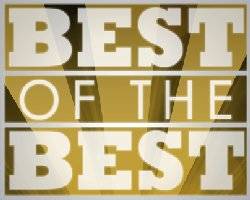 The early generations of Islam were the forerunners of the Muslim nation since they excelled in all aspects of the religion: in their acts of worship as well as their etiquette and manners with the people around them.

They were especially devoted to their parents, as Aa،ishah

recalled, "Two of the Companions of the Prophet

were the most dutiful in this nation to their mothers: ‘Uthman ibn ‘Affan

said: 'Ever since I became a Muslim, I never dared to look my mother in the eye' and as for Harithah Ibn An-Nu،aman

he used to feed his mother with his own hands and would never ask her to repeat herself if he did not understand her words, but rather, he would ask those with him in the room after she left."
Once Ibn ‘Umar

was travelling and he met a Bedouin on the way, so he gave him a ride on his donkey, then Ibn Umar

gave him his turban, Ibn Deenar

says that, said to Ibn ‘Umar

"he is a Bedouin, and a little satisfies them" so Ibn 'Umar

replied, "This Bedouin's father was a close friend of ‘Umar ibn Al-Khattab

and I heard the Prophet,

saying: “The best dutifulness is when the son is kind to his father’s close friends.” [Muslim]."
Some other stories that have reached us of the Tabi’oon (the generation followed by the Companions of Prophet

) and their kindness and good treatment of their parents are as follows:
● Al-Fadhl bin Yahya

was kind to his father, who habitually made ablution with warm water. When they were both imprisoned, the jailer forbade Al-Fadhl to kindle fire to heat water for his father, so he drew a brass vessel full of water near a lamp; when morning came the water had become hot and thus his father could make ablution with it. The jailer then forbade him to heat water by using the lamp, so he took the vessel to his bed and attached it to his stomach; when morning came the water had become slightly warm.
● Hafsah bint Siren

used to ask forgiveness for her son Huthayl,

and says, "Huthayl used to bring sugar cane and dry it out during the summer so that it would give no smoke when burnt. When winter came, he would quietly light a fire with this dried cane behind me while I was praying during the night, just enough to warm me without me being disturbed by its smoke. I would say to him: 'O son! Go to your family tonight', and he would reply: 'They do not need anything'; so I would allow him to stay and he would sometimes stay until morning."
● Muhammad ibn ‘Abdur-Rahman

was very dutiful to his father and whenever his father would call him, he would not answer him while sitting down, but would jump up and rush to stand next to his head (while he was lying down) to reply to his requests, and if he did not understand then he would not ask him for an explanation but would ask others with them in the room out of respect.
● Az-Zubayr ibn Hisham

was very dutiful to his father, and whenever he received cold water (for drinking) in the summer, he would first taste it, if he found it cold enough, then he would send to his father.
● ‘Awn ibn ‘Abdullah

was called by his mother once, and when he answered his voice was a little too loud, so he freed two slaves for atonement.
● Haywah ibn Shurayh

was a great Muslim scholar. Once, while he was giving a lecture, his mother called him and said: "O Haywah! Get up and feed the chickens" so he left the study circle and did as she asked. 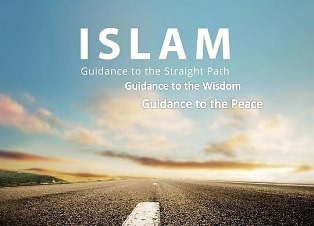