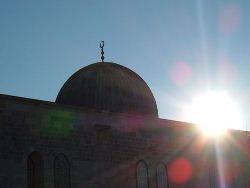 Days pass by and hours lapse quickly. It seems as if it was just yesterday that we received a dear guest, but today we will bid it farewell. Just a few days ago, the crescent of the month of Ramadan appeared and today it is about to fade away.

Other nations take pride in their days of celebration and festivals, giving them false attributes, exaggerated importance, imaginary blessings and illusory happiness, despite being deviant and going astray. However, truth and guidance will always be found in the methodology of the nation of Muhammad,

. Thus, all thanks be to Allah The Almighty for guiding the Muslim nation to the truth and distinguishing it with an unprecedented favor.
Open your eyes wide to see the graceful nation at sunrise on the day of ‘Eed, worshipping Allah The Almighty by breaking the fast, just as you worshipped Him by observing fast.
Anas

said, “When the Messenger of Allah

came to Madeenah, the people had two days on which they would have fun. He said: ‘Allah has given you something better than those two days, the Day of ‘Eed Al-Adh-ha and ‘Eed Al-Fitr.” [Abu Daawood and An-Nasaa’i]
‘Eed is a great rite and practice of Islam; however, some people have belittled it by giving precedence to innovated festivals. Hence, we see many people preparing for birthdays, Mother's Day and the like, rejoicing along with their children over their advent, and spending large sums of money to celebrate them. On the other hand, they look down upon the festivals of Islam and they may even not notice them forgetting that Allah The Almighty Says (what means): {That [is so]. And whoever honors the symbols of Allah - indeed, it is from the piety of hearts.}[Quran 22:32]
The day of ‘Eed is happy and joyful for those who have righteous souls and sincere intentions rather than those who only wear new clothes and take pride in their large numbers. The true ‘Eed is for those who fear the Day of Threat (Judgment) and the honorable Owner of the Throne, and who shed the tears of repentance hoping for the Day of Rewards.
Here are some quick reflections on the etiquette and rulings of ‘Eed:
1-   Thank Allah The Almighty for completing the blessing of observing fast and night prayer during this blessed month upon you and supplicate Allah The Almighty frequently and entreat Him to accept your fast and night prayer and to Forgive your negligence.
2-   Takbeer: It is an act of the Sunnah for one to say Takbeer [Allahu akbar, Allahu akbar, laa ilaaha ill-Allah, wa Allahu akbar, Allah akbar, wa Lillaah il-hamd (Allah is Most Great, Allah is Most Great, there is no deity worthy of worship but Allah, Allah is Most Great, Allah is Most Great, and to Allah be praise)] from the time of sunset of the night of ‘Eed until the ‘Eed Prayer. Allah The Exalted Says (what means): {and to glorify Allah for that [to] which He has guided you; and perhaps you will be grateful.}[Quran 2:185]
It is an act of Sunnah (Prophetic tradition) for men to say Takbeer loudly in mosques, markets and roads to manifest the glorification of Allah The Almighty and to show obedience and gratitude to Him.
3-   Zakat Al-Fitr: Your Lord has commanded you to pay Zakat Al-Fitr by the end of the blessed month of Ramadan as purification for the fasting person from idle talk and obscene speech, and to feed the poor. Zakat Al-Fitr is 2 kilograms and 40 grams of dates, barley, raisins, rice, cheese or similar foods. It is enjoined upon everyone, slave or free, male or female, and young or old.
The best time for paying it is before the ‘Eed Prayer, and it is permissible to pay it one or two days before the ‘Eed. However, it is impermissible for one to pay it after the ‘Eed Prayer, because this contradicts the Sunnah (tradition) of the Prophet,

. It must be food fit for humans and one must search for the poor and give it to them.
Allowing young children to participate in paying Zakat Al-Fitr is a good way to accustom them to the sublime Islamic meanings underlying the spirit of 'Eed.
4-   Taking a bath, applying perfume, wearing the best clothes for men, while staying distant from extravagance and shaving of the beard because this is prohibited. As for the woman, it is lawful for her to go to the place of the ‘Eed prayer without exposing her adornment or applying perfume. The true Muslim woman can never go to worship Allah The Almighty while she is committing the sin of illegal exposure of adornment or wearing perfume in front of non-Mahram men.
5-   Eating an odd number of dates (three, five, and so on) before heading to the place of ‘Eed Prayer, as the Prophet,

, used to do so.
6-   Performing the ‘Eed Prayer in congregation and attending the Khutbah (sermon). According to senior scholars, the ‘Eed prayer is obligatory and it is impermissible for one to leave it without a valid excuse in the Sharee‘ah (Islamic legislation). With regard to women, they should attend the ‘Eed prayer with the Muslims even if they are menstruating. However, the menstruating women should keep away from the place of prayer.
7-   Taking different routes. It is recommended for one to go to the ‘Eed prayer via one route and return via another, as the Prophet,

, used to do so.
8-   There is no harm in exchanging greetings on ‘Eed such as 'Taqabbal AlLaahu minna wa minkum (may Allah accept from us and you).”

‘Eed: An Occasion for Worship and Showing Gratitude - II 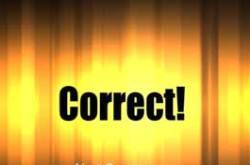