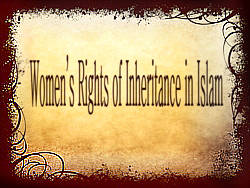 Despite all the rights that are granted by the Islamic Sharee‘ah (Islamic legislation) to women in all fields of life and despite the fact that most of these rights were not granted to women all over the world except after great efforts exerted globally, many of those who are prejudiced against Islam use the rule of inheritance “for the male, what is equal to the share of two females” to criticize Islam.

They say: This rule boosts the idea of discrimination against women and it oppresses women and harms them as the male inherits what is equal to the share of two females.
One such oft-repeated criticism is, “The issue of inheritance and the share of females that is half of what the male takes is undoubtedly the reason for the inferiority of Muslim women.”
Such criticism is leveled by non-Muslims and some groups of Muslims who are ignorant of the rulings of the religion and its honorable purposes. Such groups ask for this rule to be amended so that both males and females receive an equal share in inheritance.
To those people we say:
The rule of inheriting what is equal to half a male’s share is not an invariable rule in all cases that pertain to women. There are different cases where males and females take an equal share of the inheritance.
For instance, both the father and the mother take the same share of their son’s inheritance. Also, the share of the brother and the sister when a man or woman leaves neither ascendants nor descendants both the sister and brother would take one sixth.
·        The ruling of inheriting a share that is equal to half a male’s share only applies to the shares of inheritance and not to all the property that is inherited. The amount taken by women from the entire estate may be more than that taken by men. For instance, if a man died and left a wife, three daughters and a son, the portion inherited by women is larger than what the son inherits.
·        This rule does not apply to gifted property, as it is permissible for the father to gift his daughter an equal share to what he gifts to his son during the father’s lifetime. It is prohibited to favor a son over a daughter. The Prophet,

, said: “Treat your children fairly regarding gifts. If I were to favor someone, I would have favored women.” [Baihaqi]
·        Moreover, it is permissible for a person to write a will to bequeath equal shares to their heirs (males and females), or to bequeath to a female heir a share that is equal to half a male’s share, if he/she wishes to.
·        The rule of giving females half of what a male takes does not apply when distributing state lands as these lands are divided equally between men and women.
The wisdom of the Sharee‘ah behind this rule:
Differentiating between sons and daughters is not meant to humiliate women or belittle them as what some people claim. This share was determined by the Islamic Sharee‘ah according to the responsibilities and economic burdens that each one of them has to shoulder.
Islamic scholars believe that giving women half of the share that is given to men should be seen along with the Sharee’ah-stipulated responsibilities of men; such as their obligation to provide for the women for whom they are responsible, whether she is a wife, a daughter, a mother, a sister or a relative. Thus, differences of financial responsibilities lead to differences in inheritance shares.
The fact that men are obliged to abide by their responsibilities, and fulfill them as duties, not as acts of courtesy, is what made Islamic Sharee‘ah prescribe for a woman to inherit what is equal to half a man’s share. If we consider the financial support that men are obliged to provide, we would realize that women are the beneficiaries as a man is required to provide for his mother, father, sisters and younger brothers and his close relatives if they are insolvent. Women are exempted from such responsibility. Allah The Almighty Says (what means): {They ask you, [O Muhammad], what they should spend. Say, "Whatever you spend of good is [to be] for parents and relatives and orphans and the needy and the traveler. And whatever you do of good - indeed, Allah is Knowing of it."} [Quran 2:215]
It is worth mentioning that the Islamic Sharee‘ah was the first to institute rights of inheritance for women fourteen centuries ago. Islam also took many steps to eliminate all forms of discrimination against women as it granted them many financial rights that are more than what  women worldwide aspire for, even today, in the fields of finance and family rights. This is what is stated in Article 13 and Section H of Article 16 in the Convention on the Elimination of all Forms of Discrimination Against Women (CEDAW).
Moreover, the Muslim woman can save her inheritance so that she can live off it if she does not get married, or if her husband dies and does not leave [an inheritance] what would suffice for her and her children. Thus, the money that women inherit is just a reserve and she can use it to support herself or her family.
It is noteworthy that a woman can support her husband financially if he is insolvent or if the standards of living increase or for any other reason, but she does so voluntarily and seeks the reward from Allah The Almighty for what she does. Umm Salamah, may Allah be pleased with her, said “O Messenger of Allah! Shall I receive a reward (in the Hereafter) if I spend on the children of Abu Salamah and do not leave them like this and like this (go here and there to earn their bread), for indeed they are my sons after all?” The Prophet, sallallaahu ‘alayhi wa sallam, said: “Yes, you will be rewarded for that which you spend on them.”
Besides, a man has to provide for his wife and children and secure for them a house, food, drink, clothing and all other needs such as medication, education and means of recreation, but women are not bound by such responsibilities.
A man also provides financial maintenance for the divorced wife during her ‘Iddah (waiting period) and this ‘Iddah may be longer if the wife was pregnant as the husband provides for her until she delivers the child. The husband is also asked to provide the fees for nursing if the wife refrains from nursing the child. Women are also free from such responsibilities. Allah The Almighty Says (what means):
§ {Upon the father is the mothers' provision and their clothing according to what is acceptable. No person is charged with more than his capacity.}[Quran 2:233]
§ {And if they should be pregnant, then spend on them until they give birth.}[Quran 65:6]
§ {…but if you are in discord, then there may breastfeed for the father another woman.} [Quran 65:6]
A man also pays dowry to his bride whether this amount is large or small, but women do not have to pay anything. Allah The Almighty Says (what means): {And give the women [upon marriage] their [bridal] gifts graciously.} [Quran 4:4]
Thus, the financial burdens that are incurred by men according to Sharee‘ah are the reason behind differences in inheritance. It could be said that men and women are different regarding [in their capacity to] maintaining property and expenditure. Thus, it is clear that there is no oppression against women regarding inheritance as is claimed by biased people.
When comparing what Muslim women can own by virtue of inheritance with what non-Muslim women have, according to what was mentioned in the report of the Program of Action for the Second Half of the United Nations Decade for Women, in the 1980s, we realize the falsehood of such claims. The report states that although women represent 50 percent of the adults and one- third of the official labor force, they work nearly two-thirds of the working hours and receive one-tenth of the international income; they own only one percent of property all over the world.

Women's Rights of Inheritance in Islam - I 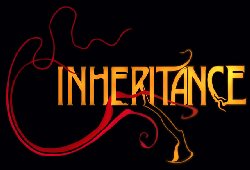