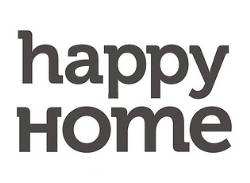 A Muslim woman should know that happiness, affection and mercy can only be achieved when she preserves her chastity, adheres to her religion, knows her rights and does not exceed them, and obeys her husband as he is her protector and maintainer. A wife should fulfill her tasks efficiently, look after her home and take care of her appearance. This is what a righteous wife, kind mother, and responsible caretaker does at her husband’s home, because she will be held accountable for her trust.

said: “I was shown Hell-fire and that the majority of its dwellers were women who were ungrateful.” They (the Companions) asked, “Do they disbelieve in Allah?” (or are they ungrateful to Allah?) He replied: “They are ungrateful to their husbands and are ungrateful for the favors and the good (charitable deeds) done to them. If you have been good (benevolent) to one of them for the entire life and then she sees something in you (that she does not like) once, she will say, 'I have never received any good from you.” [Al-Bukhari, Muslim, An-Nasaa’i, Ahmad, Maalik]

In this manner, love, affection and mercy would prevail between them. The Prophet

said: “Any woman who dies while her husband is satisfied with her, will enter Paradise.” [At-Tirmithi and Ibn Maajah] [Al-Haakim: Saheeh chain of narrators]

The Muslim Ummah (nation) should realize that happiness is achieved through living in harmony. This is the suitable atmosphere for raising children who enjoy the love of their mother and the kindness of their father without disputes, conflicts or abuse. Allah, The Almighty, Says (what means): {And those who say, "Our Lord, grant us from among our wives and offspring comfort to our eyes and make us an example for the righteous."} [Quran 25:74]

The spouses and their strong relationship, and the parents and their children represent the present and the future of the Ummah (nation). Thus, when the devil succeeds to separate one family, he does not destroy just one family or perpetrate just one limited evil, but harms the whole Ummah, and the reality proves this.

Allah, The Almighty, Says: {Whoever fears Allah - He Will Make for him of his matter ease} [Quran 65:4]

A Happy Home Is a Blessing From Allah, The Almighty:

One of the greatest blessings from Allah, The Almighty, is that the home is a safe haven and place for rest, where the dwellers can enjoy mutual love and affection in an atmosphere of purity and protection. It is the home where children grow up, where solidarity is boosted and where souls and hearts grow close. Allah, The Almighty, Says (what means): {They are clothing for you and you are clothing for them.} [Quran 2:187]
It is in such homes, where there are close ties, where honorable traits are developed, and where children grow into trustworthy men and well-mannered women.

Some Causes of Marital Conflict

The reality of life and the nature of human beings, who are created by Allah, The Almighty, prove that some people are not guided by advice or experience any feelings of affection and tranquility, which makes it difficult to preserve the marital bond.

A marriage, where one of the two spouses is this type of a partner, does not fulfill the objectives of marriage or provide the suitable atmosphere where righteous children can be brought up. Such cases of restlessness and disagreement may have internal or external causes. Sometimes the cause of this disagreement is the interference of the in-laws. Some parents interfere with the life of their married children which causes the spouses to go so far as to file lawsuits against each other. When this happens the couple’s secrets become known to everyone. All this may have been started by a trivial matter that was worsened by interference, hastiness, unwise actions, and by believing malicious lies.

The problem may be caused by ignorance of the teachings of the religion and rulings of the Sharee‘ah (Islamic legislation); adhering to bad habits and adopting weak opinions. For instance, some husbands think that threatening their wives with divorce or professing it, is the right solution for solving marital conflict and family problems. Hence, he trivializes the issue of divorce without realizing that by doing so, he is taking the verses of Allah, The Almighty, lightly, is committing a sin, and is destroying his family.

Is This How We Should Understand Our Religion?

The method of divorce that the Sharee‘ah has made lawful is not meant to cut the ties of the marital relation, but just stops or suspends it for a stage, for the sake of reconsideration and attempting to solve the problem. Allah, The Almighty, Says (what means): {O Prophet, when you [Muslims] divorce women, divorce them for [the commencement of] their waiting period and keep count of the waiting period, and fear Allah, your Lord. Do not turn them out of their [husbands'] houses, nor should they [themselves] leave [during that period] unless they are committing a clear immorality. And those are the limits [set by] Allah. And whoever transgresses the limits of Allah has certainly wronged himself. You know not; perhaps Allah will bring about after that a [different] matter. And when they have [nearly] fulfilled their term, either retain them according to acceptable terms or part with them according to acceptable terms. And bring to witness two just men from among you and establish the testimony for [the acceptance of] Allah. That is instructed to whoever should believe in Allah and the Last day. And whoever fears Allah -- He will make for him a way out.} [Quran 65:1, 2]