Who are the Mahrams of a Woman? 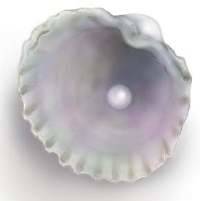 When people distance themselves from the instructions of Islam and the rulings of religion -- especially those which guard chastity and the ‘Awrah (parts of the body that must be covered), prevent mixing of progeny and other immoral acts -- they fall into the pit of vice and immorality. This is encouraged by the enemies of Islam who try to control women with all the possible means until they lead them astray and strip them of their modesty, under the pretext of "liberating" them. In reality, they wanted to liberate women from their religion, modesty, and chastity.

As a ruling of Sharee‘ah (Islamic legislation), a woman has to know who her Mahrams (non-marriageable men) are, so as to guard herself and her religion.

The following question was raised to An-Nawawi

: “Who is the woman whom a man is permitted to look at and meet her in seclusion?”

replied, “It is every woman whom he is permanently forbidden to marry due to a permissible reason because of her unlawfulness.”

“Permanently” is said to exclude the wife’s sister and her like, namely her paternal aunt, maternal aunt, and her daughter if the marital contract is concluded with the mother yet the marriage has not been consummated with her.

“Because of her unlawfulness” excludes the woman who is involved in Li‘aan (oath of condemnation). This woman is permanently forbidden to remarry (her ex-husband) as an act of punishment, not because she is unlawful for him. Allah knows best.” [The Fataawaa that is known as Al-Manthooraat by An-Nawawi, question no. 223.]

As regards “their fathers” up to the end of the verse, &Ibn Katheer&&

said, “These are all Mahrams for the woman who, therefore, is allowed to appear to them in her adornment without excessive display of beauty.”

• Their brothers: The woman’s brother
• Their brothers’ sons: The brother’s sons down to all degrees.
• Their sisters’ sons: The sister’s sons down to all degrees.
• Their women: Muslim, not polytheistic women, according to the preponderant opinion.
• That which their right hands possess: This may mean either:
bondmaids or bondmen.
• Male attendants having no physical desire: They are men who are not at the same level as the women and have no interest in or desire for women; or the oblivious person who has no desire; an imbecile; and, an impotent man. The eunuch who can describe women is excluded.
• Children who are not yet aware of the private aspects of women: Because they are so young they do not understand anything about women or their ‘Awrah (parts of the body that must be covered). If a child is young and does not understand that, there is nothing wrong with him entering upon women, but if he is an adolescent or approaching adolescence, so that he knows and understands these things, and can make a distinction between a woman who is beautiful and one who is not, then he should not enter upon women.

Are a woman’s paternal and maternal uncles her Mahrams?
Al-Qurtubi

said, “The majority of scholars held that the maternal and paternal uncles of a woman are like other Mahrams in that they are allowed to see of the woman what is permissible for them to see.”

Is the daughter’s husband a Mahram for her mother?

said, “The majority of scholars held that the wife’s mother becomes forbidden to be married to a person once he concludes the marital contract with her daughter.”

Is the mother’s husband a Mahram for her daughter (i.e. his stepdaughter)?

A mother’s husband (the stepfather) is not a Mahram for her daughter except on two conditions, as Ibn Hajar

said in Al-Fat’h, “The prohibition of marrying a stepdaughter is stipulated by two things:
o She must be under the guardianship of the man
o The man should have consummated the marriage with her mother.
Therefore, the stepfather is not a Mahram to his step-daughter if only one of the two conditions exists.”

This view was adopted by Daawood ibn ‘Ali and his companions, chosen by Ibn Hazm, narrated by Abu Al-Qaasim Ar-Raafi‘i on the authority of Maalik

found it dubious and did not hold a certain opinion regarding it.

Finally, the majority of scholars held that the stepdaughter is unlawful to her stepfather in marriage, whether she was under his guardianship or not. Please check Tafseer ibn Katheer and Fat’h Al-Baari.