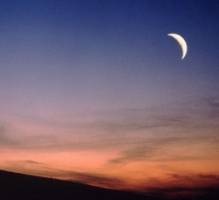 This is the great month of Sha`ban, most of which our beloved Prophet

used to fast. It is of paramount importance for us to keep alive this Sunnah and use it to get ready for the best time of the year to be a Muslim and feel like a Muslim—the month following this one, blessed Ramadan.

And what can be a better preparation than learning what the best example for humankind said about Sha`ban.

used to fast so many days in succession that we would say: `He will never break his fast.' At other times he would go without fasting for so long until we said: `He will never again fast,' except for two days, which he would fast even if they occurred during the times he was not fasting consecutive days. Furthermore, he would not fast in any month as many days as he fasted during Sha`ban. I said: `O Messenger of Allah! Sometimes you fast so much it is as if you will never break your fast. At other times you leave fasting for such a long period it is as if you will never again fast [voluntarily], except for two days that you always fast.’ He

asked: `Which two days are those?' I replied, `Monday and Thursday.' The Prophet

said: ‘That is a month occurring between Rajab and Ramadan that many people neglect. It is a month in which the deeds ascend to the Lord of the Worlds, The All-Mighty and Majestic, and I love for my deeds to ascend while I am fasting.’ ” [Ahmad and An-Nasa'i]

And ‘Aa’ishah, the Mother of the Believers

said: "I did not see the Messenger of Allah fast any month in its entirety except Ramadan. And I did not see him fast as frequently in any other month as he did during Sha`ban." [Al-Bukhari and Muslim]

said that "To fast in Sha'ban is [to me] better than fasting in the Sacred Months [like the month of Rajab]. Also, the best of voluntary fasts are those done closest to Ramadan—before or after it- for they are, thus, like the voluntary so-called as-Sunan ar-Rawatib prayers, which are done before and after obligatory prayers. [One of the main reasons for such Rawatib] is that they compensate for one's shortfalls in the manner he made those obligatory prayers. The same may be said of the fasts observed [immediately] before [as many as one chooses to in Sha`ban] and after Ramadan [the six days of Shawwal]. Furthermore, like as-Sunan al-Rawatib of prayer are better than other voluntary prayers, so are the immediate fasts observed before and after Ramadan. They are better than other voluntary fasts."

said: "The best fasting after [i.e., second to] Ramadan is that of [the month of] Muharram." [Muslim].

So, which is a better month to fast in, Sha'ban or Muharram? Most scholars are of the opinion that the fasting in Sha'ban is better because of the Hadeeth narrated by Abu Dawood in his "Book of Sunan" that "The most beloved of months for the Messenger of Allah

to fast in was Sha`ban, and his fasting in Sha'ban was continuous with his fasting in Ramadan." This authentic Hadeeth applies in the most general way to Sha'ban while the narration by Muslim may be seen as restricted to the first nine days of Muharram as indicated by other Hadeeths. And in addition to this and what Ibn Rajab

stated above, the Prophet

fasted most of Sha'ban and maintained that Sunnah until he passed away.

May Allah accept your Fast! Ameen!